Local-area high schools gathered on Lake Pontchartrain to compete in three races of the competition. Sailors were challenged each evening as weather conditions varied. They had to use their skills to maneuver through strong winds, changing winds mid-course, and nearly non-existent winds.
Since all of the current members of the Brother Martin Sailing club have only begun sailing since they joined the club at Brother Martin, it is a great feat to place in this regatta as the first and second place schools (Newman and Ben Franklin) have sailors who have sailed most of their lives.
The members who participated in this five week series were Seniors Christopher MacDowell, Connor Casso, Clayton Blake, and Michael Duhe;  Juniors Alex Phillips and Brad Corcoran;  Sophomore Jason Arena. Co-Captains Clayton Blake and Michael Duhe sailed every Friday and were instrumental in securing the third place trophy for Brother Martin.

Congratulations to our Crusaders Sailors on this great accomplishment and team work! Our Sailing Team is coached by Mr. Neil Gahagan '13 and Ms. Jean Thomeczek is the club moderator. 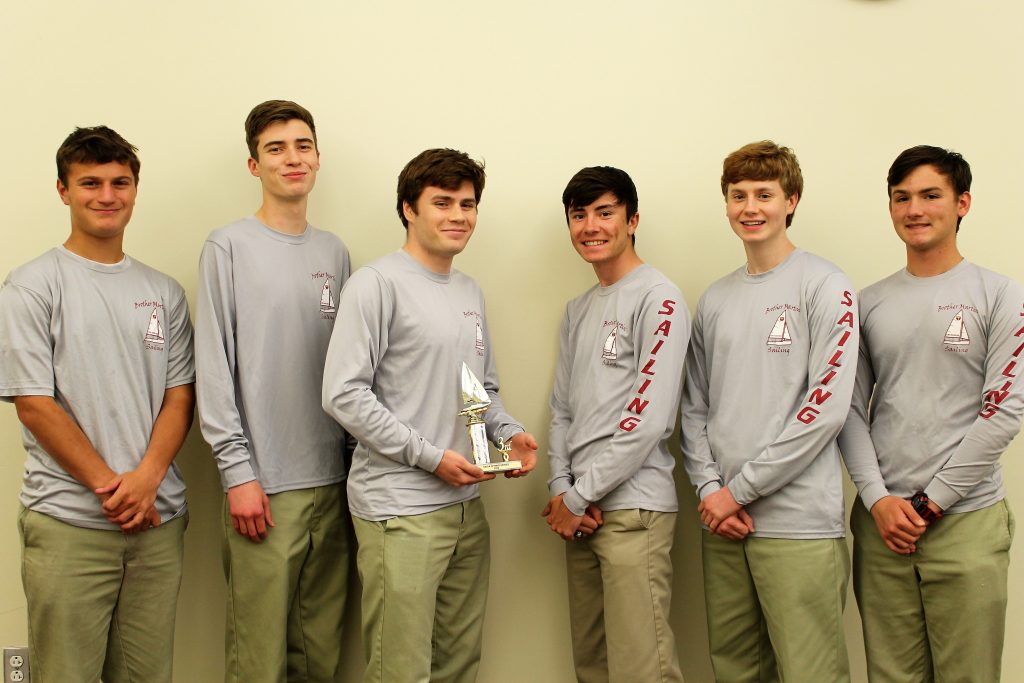