A Midshipman from the Naval Academy visited the Brother Martin NJROTC this week to talk about opportunities beyond high school. Midshipmen are college students at the Naval Academy that train for careers as Navy and Marine Corps Officers after college. While the Academy offers rigorous training and structure, our cadets also learned about the multiple athletic and club activities available just as they would be for a regular college student. “I learned that it was a lot more than just military training,” said Cadet Sean Lagrange ‘24. “It is a goal for me to earn a spot at the Academy.”

Fitness is a large part of the military selection process, and all Midshipmen are required to participate in athletic activities including NCAA sports, intramurals, and club activities. The Midshipman was a member of the rugby team at the Naval Academy, which he revealed is going to the NCAA next year, offering an additional recruiting opportunity. After graduation students must serve at least five years in the military and can select fields such as Aviation, Submarines, Surface, SEALS, or Marines. “The range of careers is exciting,” said Cadet William Pejic ‘25. “The opportunity to serve is exciting and what I want to do.”

The standards for acceptance are some of the most selective in the country. Every year, more than 20,000 applicants start the process to compete for 1,200 positions. Due to the unique nature of the selection process, candidates must earn nominations from their senators or congresspeople. After two years in the NJROTC at Brother Martin, cadets can also earn a nomination from their Senior Naval Science Instructor.

“Put me in touch with the Rugby coach at the Academy,” said Cadet Enzo Foster ‘24. “I’m ready!” 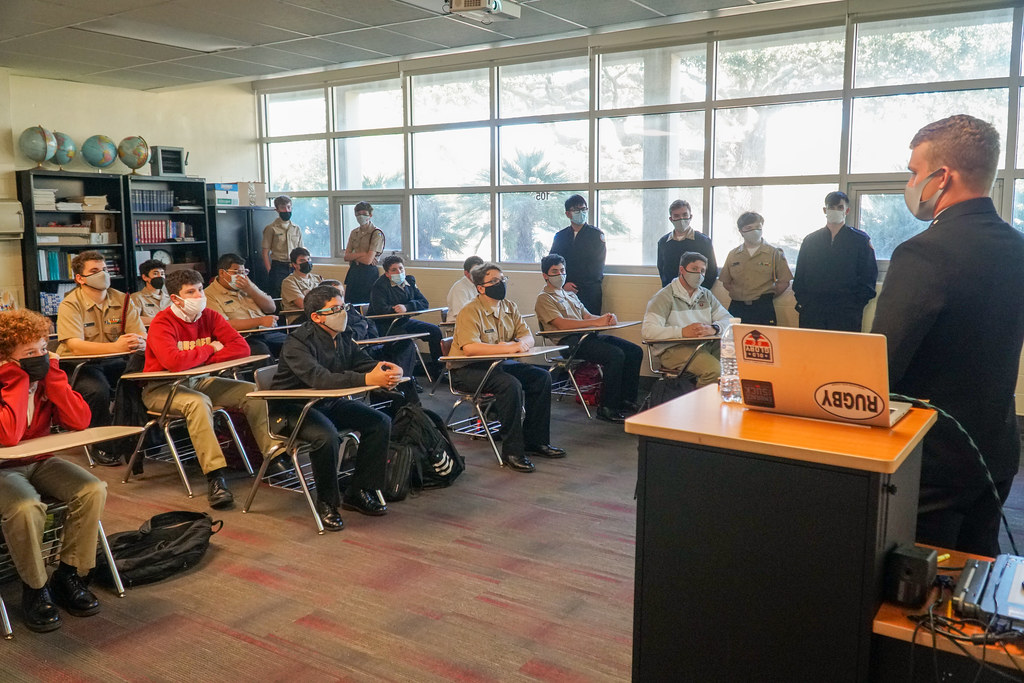 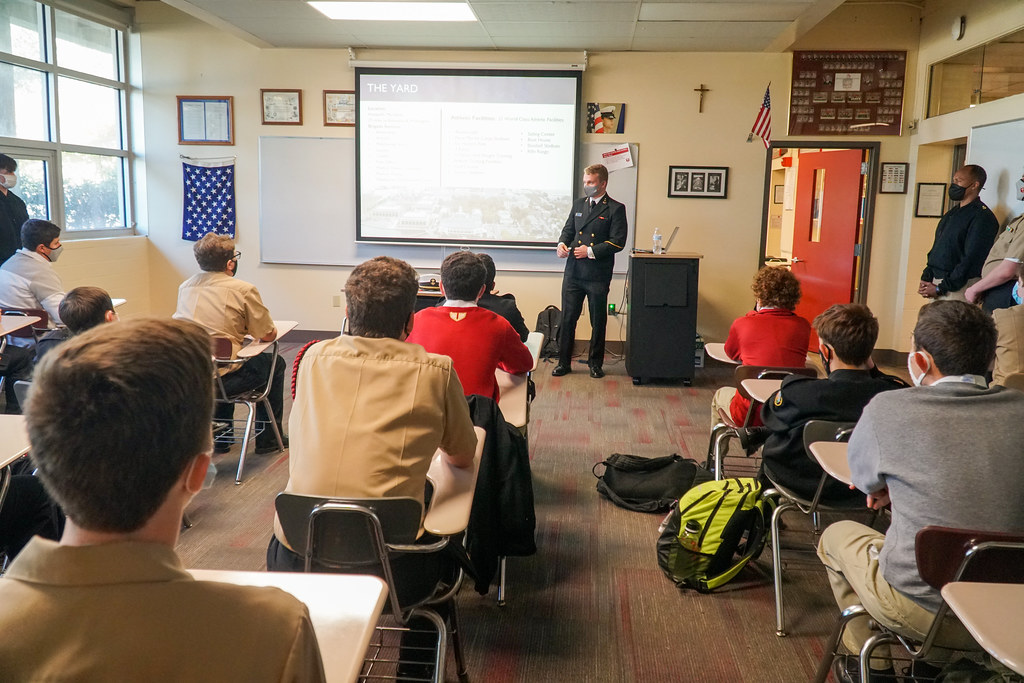 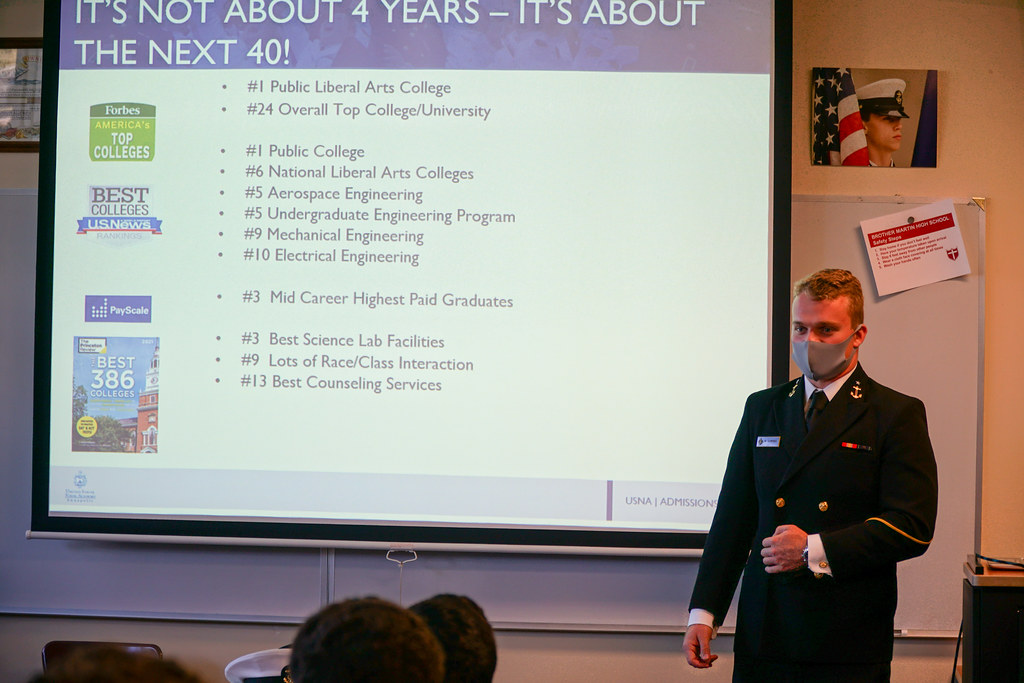 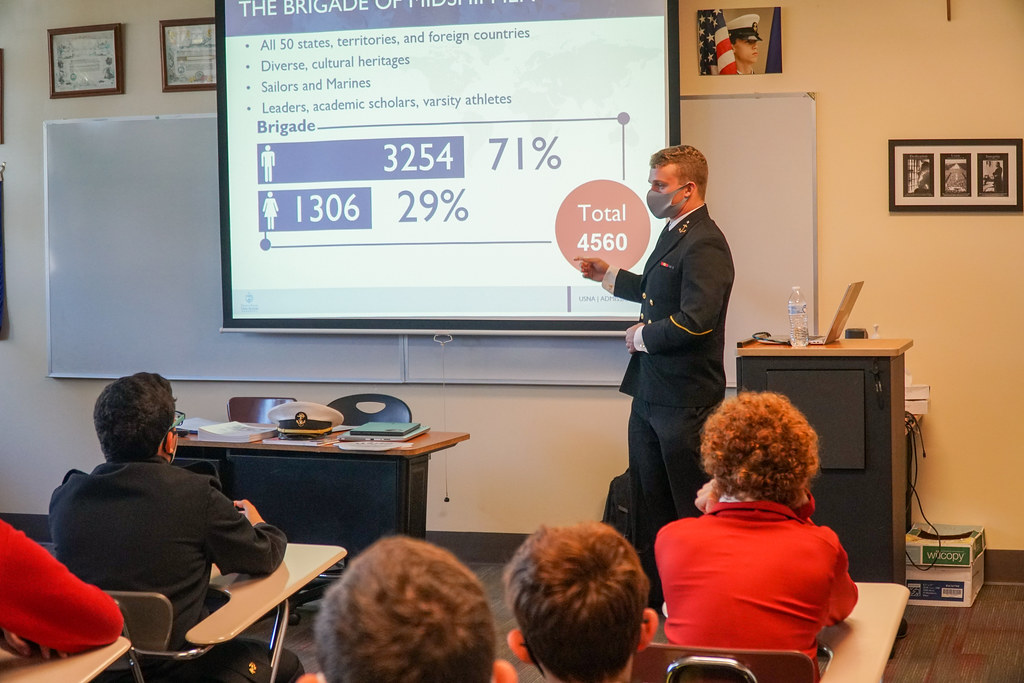 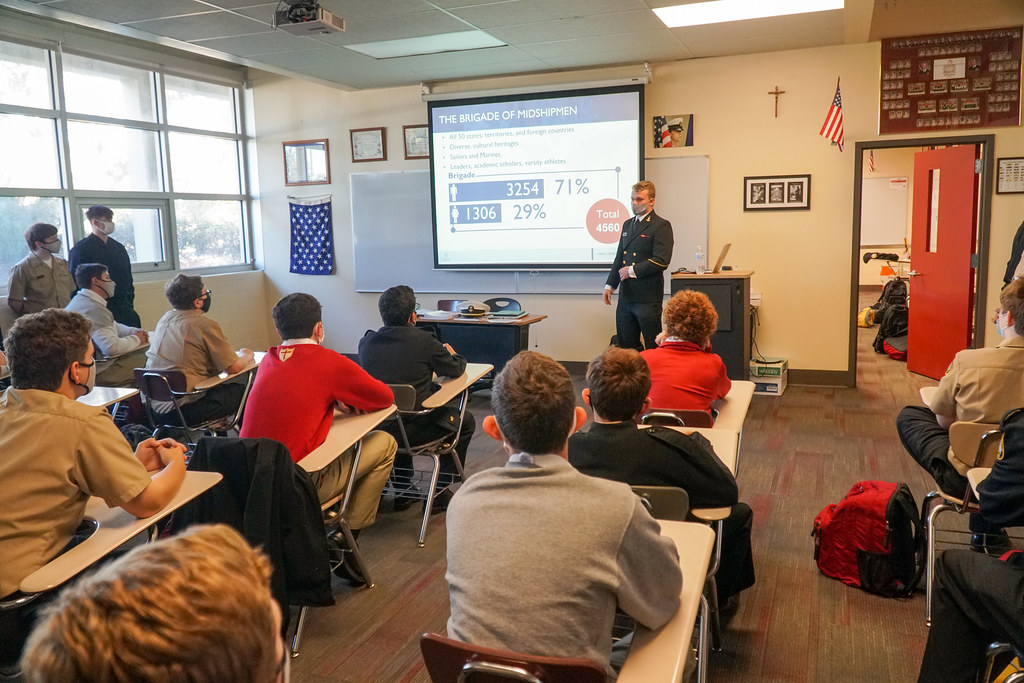