"Be good. This will make your angel happy. When sorrows and misfortunes, physical or spiritual, afflict you, turn to your guardian angel with strong trust and he will help you." -St. John Bosco

A Neighbor in Need
Asking who was in need of help shortly after Hurricane Ida, our Crusader wrestling team took action after hearing that one of our neighbors in St. Charles Parish experienced tremendous damage to their home.

"Joy Maddox wasn’t sure where to turn to even start the process of regrouping after Hurricane Ida, but she knew she needed help. The aftermath of Ida hasn’t been easy for the residents of St. Charles Parish, and for Maddox and her family, the considerations went beyond the damage her Paradis home incurred – which was considerable." Asking who was in need of help shortly after Hurricane Ida, our Crusader wrestling team heard of Joy's plight and were quick to take action.

She did reach out to a family friend, Celina Gregory, and as it turned out Gregory knew someone that might be able to help Maddox get the ball rolling on recovering her home. She reached out to Abby Chabert of Luling, a parent of a member of the Brother Martin wrestling team – the team was traveling in the area and pitching in to help members of the community with cleanup efforts.

“I asked if she knew anyone helping out … the next thing I know, there are six truckloads of teenage wrestlers, their coach and several parents going around to help people. I don’t know them, they don’t know me, but they heard about our needs and took it upon themselves to do it,” Maddox said.

“I’m in close contact with our Crusader Wrestling head coach, Andrew Nicola,” said Chabert. “When we checked on each other and our wrestling families, everyone just asked who needs help. A few parents reached out and dropped their wrestlers off at the United Way distribution site on Hwy. 90. Coach Nicola, his wife, Amy, and their new baby, Ava came too.”

That meeting took the idea of helping out into a concrete plan to do so as soon as possible. Chabert was in contact with some families in need, and soon Maddox’s name came up. Chabert reached out to Maddox to get permission to help out on her property

The group took the time to clear Maddox’s yard of debris.

“Not a single wrestler questioned the space. They just got to work,” Chabert said. “Her yard was a total disaster and when we pulled up I thought it was going to take a while. Our coaches led the way and worked side by side. It was amazing and made me so proud to be part of it. Our boys used it as a work out.”

That night, while staying in Natchitoches, she received a photo text showing the progress made.

“This is an amazing group of kids,” Maddox said. “I offered to pay them and they refused. They wanted absolutely nothing in return. This was their last weekend off from school, and they could have used that to stay home and relax, but they wanted to help. That’s pretty special to me.”

After clearing Maddox’s yard, a 94-year-old neighbor asked if the group might be able to help out with her yard.

“They didn’t even question it,” Chabert said. “Then the neighbor behind her asked for help and they did that one, too.

“It was a domino effect. And just before those three, we were down the road helping another family. All from word of mouth. These kids were just doing the next right thing. Now that the team is back at school they all want to help.”

While Maddox said the family still has much to do – and will need help to do it – it went a long way toward putting her mind at ease on at least one major step.

WGNO Interviews Our Wrestlers
Then, weeks later, after hearing of the wrestling team's actions from Joy, our story was discovered by WGNO who visited Brother Martin's campus to interview the team:

Wrestler Gabriel Pierre says, “we wanted to be there for her, help her get through the times she’s going through.”

Wrestler Mark Graffagnini has his own recollection of Hurrican Ida.

Mark says, “the trees were getting blown down, roofs off of houses, personally I was freaking out!”

She wanted to give them money.

Wrestler Aiden McLaughlin says, “it’s not about the money, it’s about helping others especially in a time of need.”

To the money, the team said simply, no thank you.

We are so proud of our wrestling team for giving their time, strength, and spirit to those in need during this time of trial. 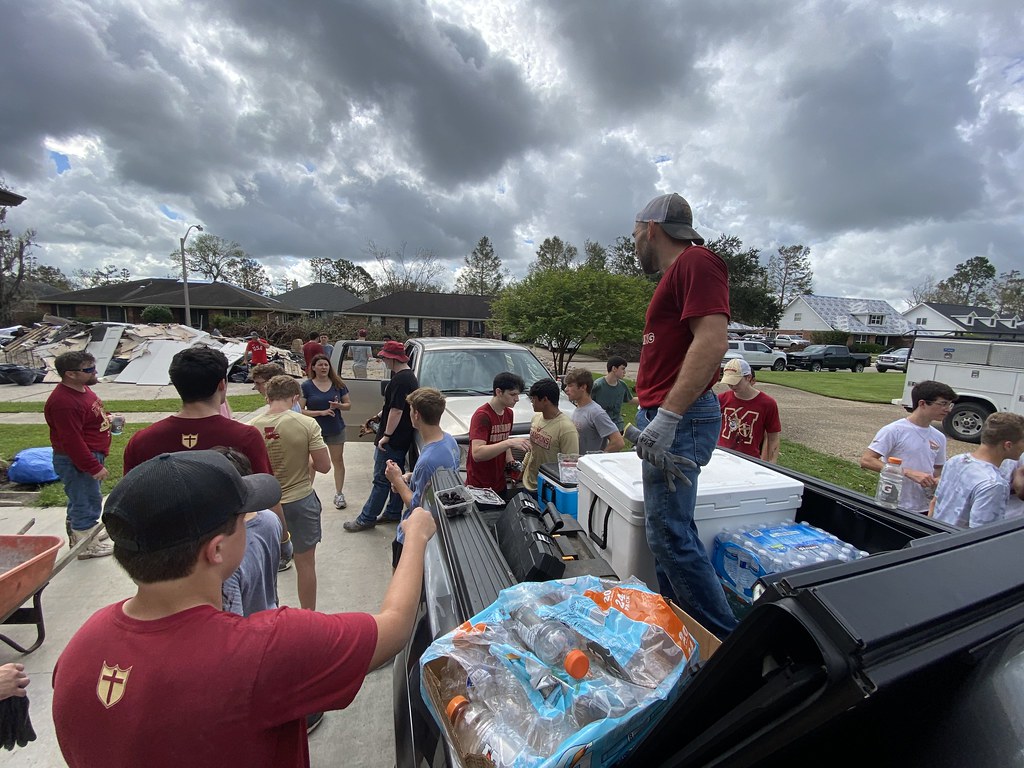 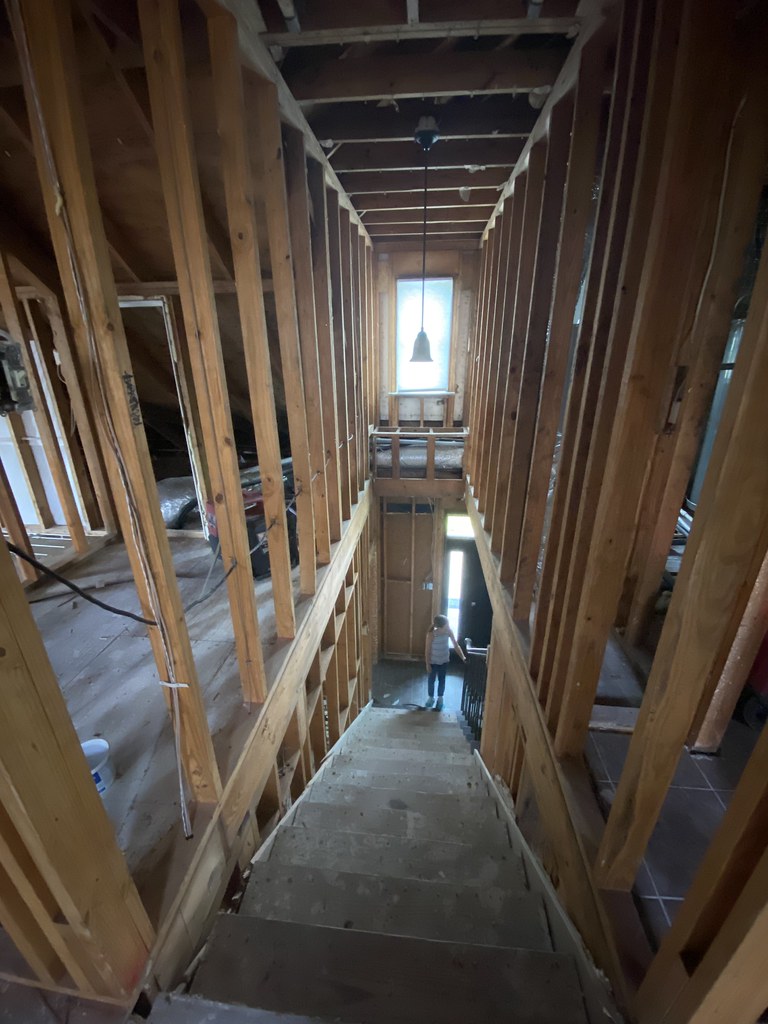 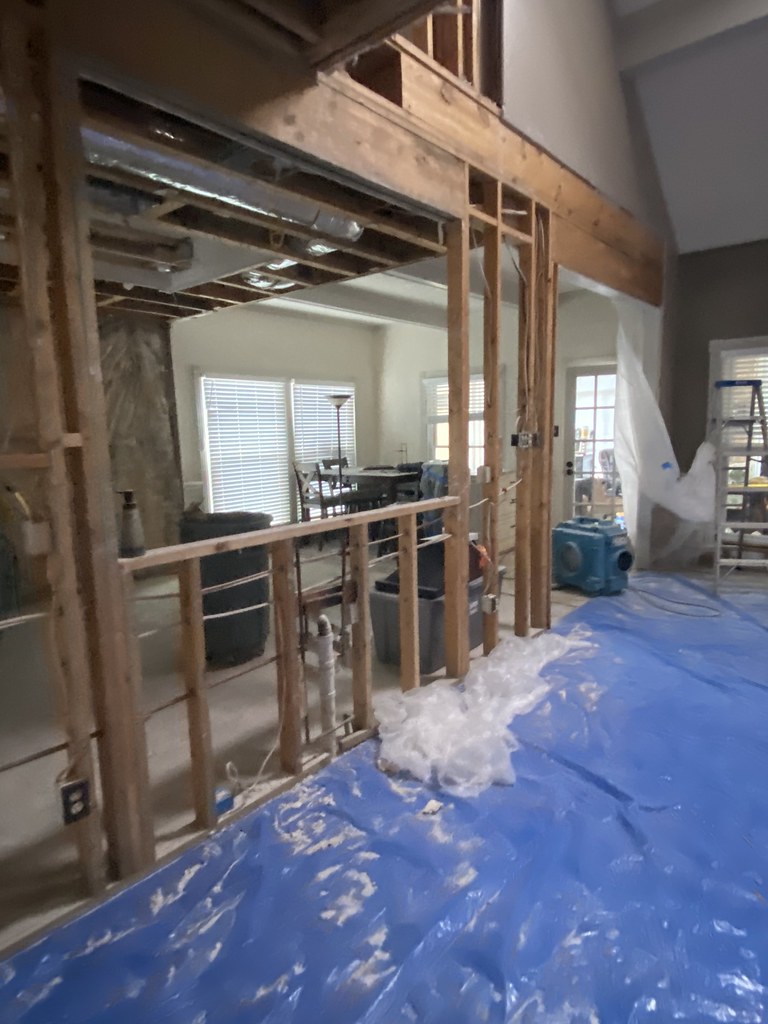 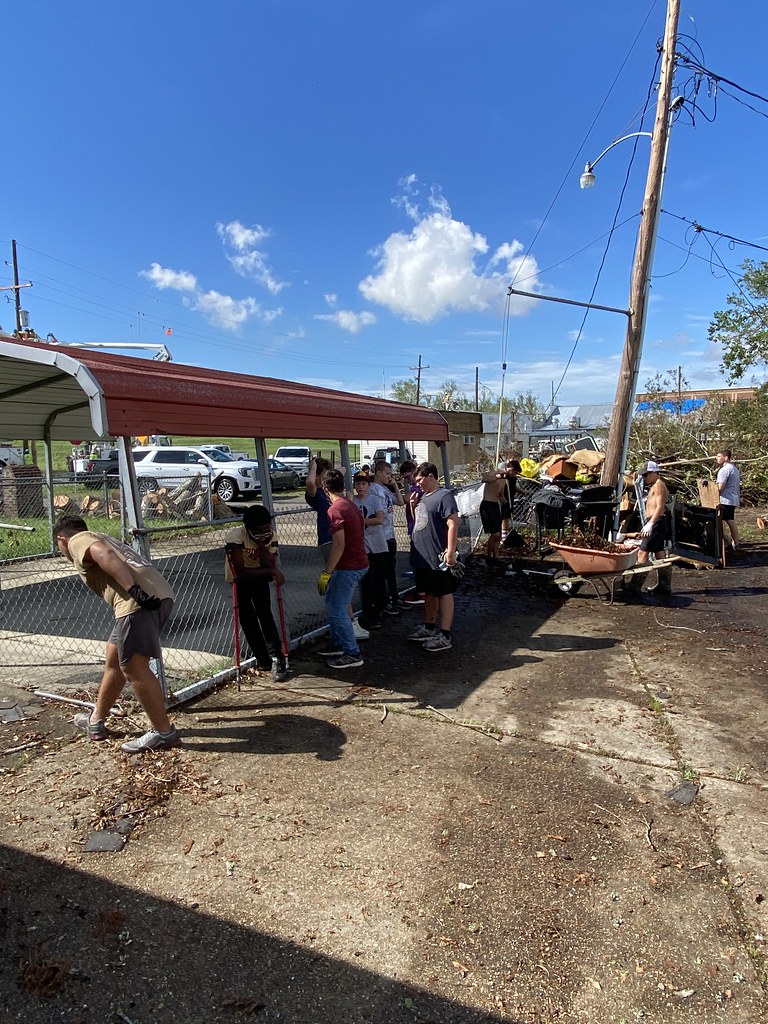 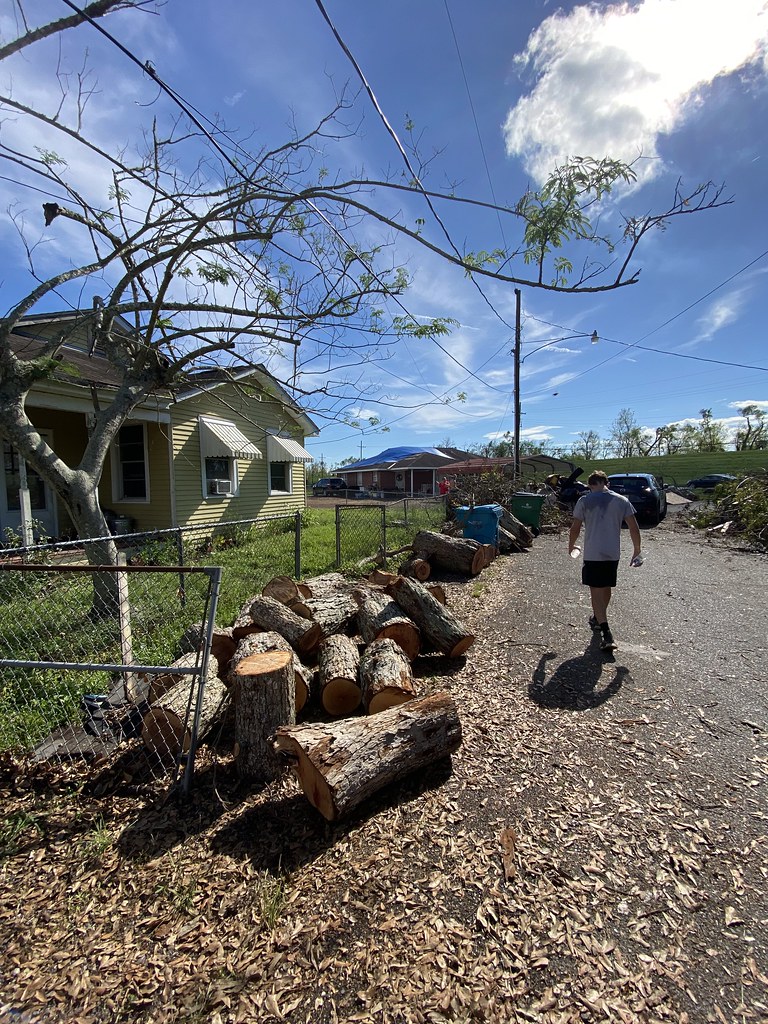 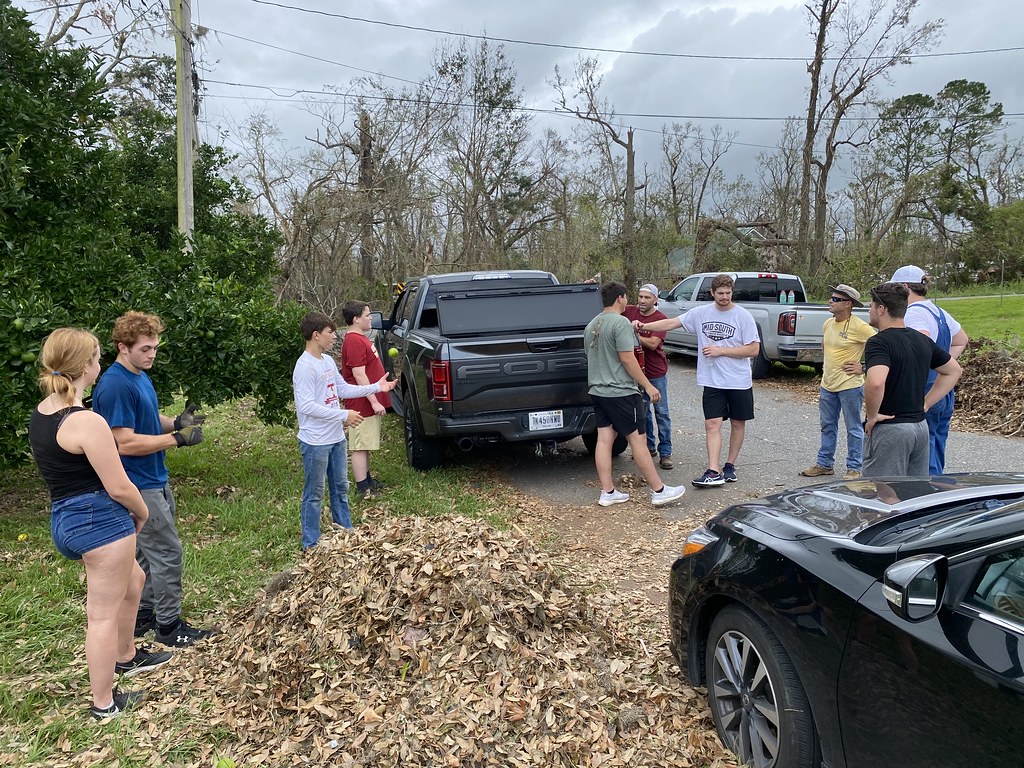 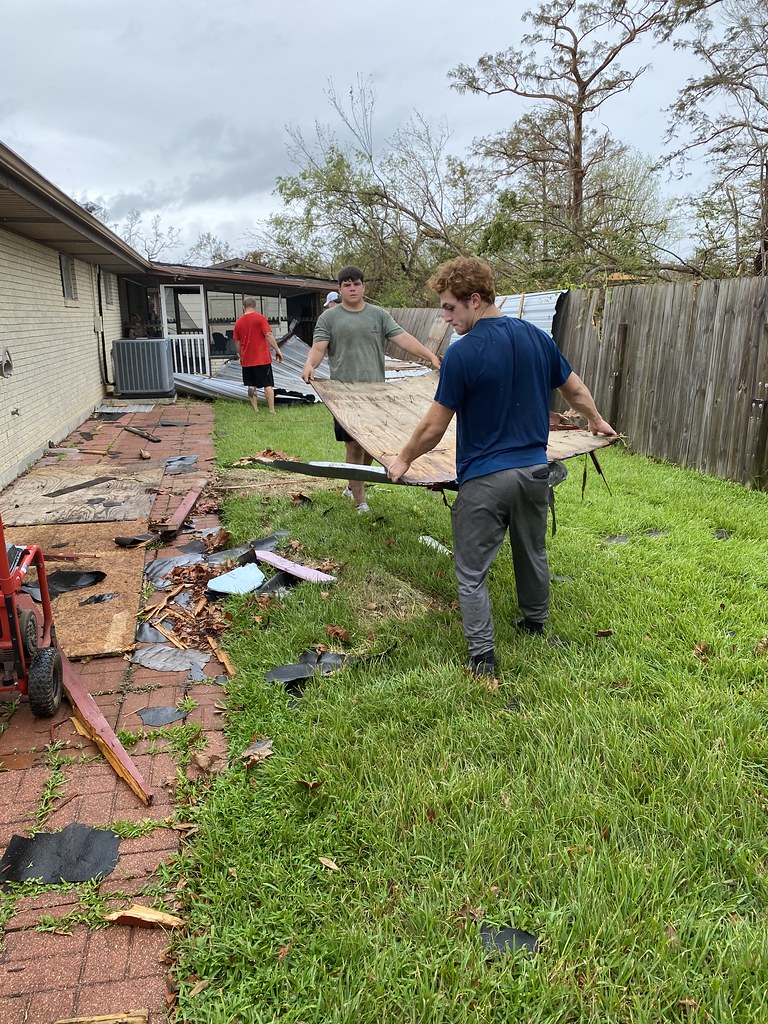 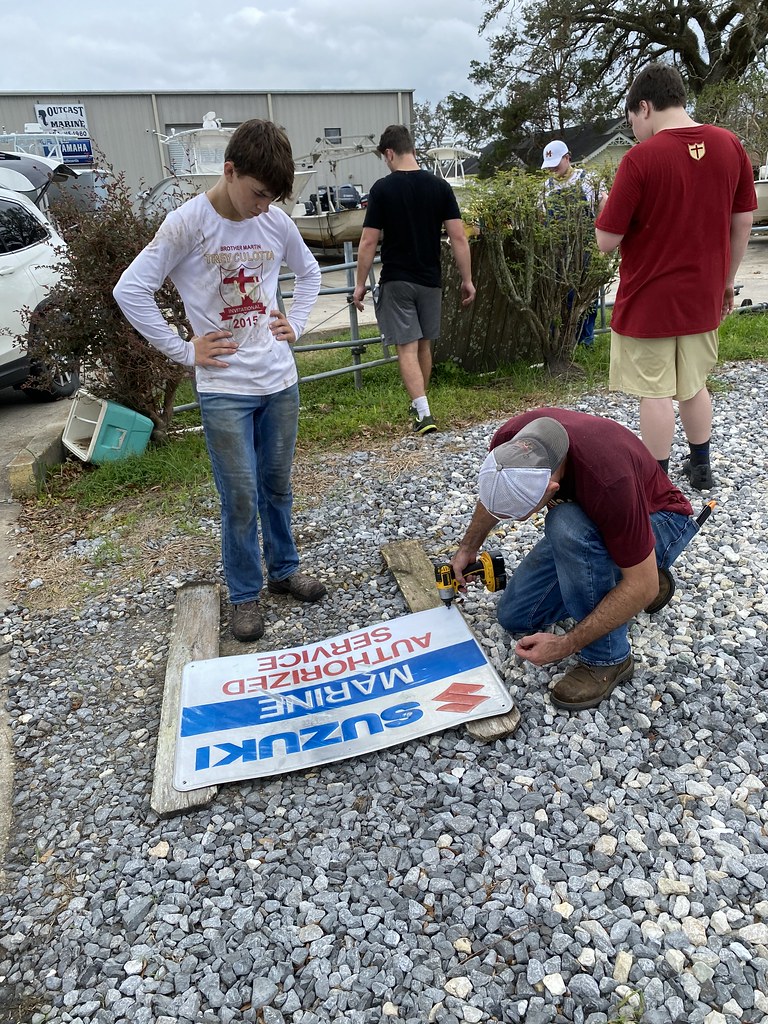 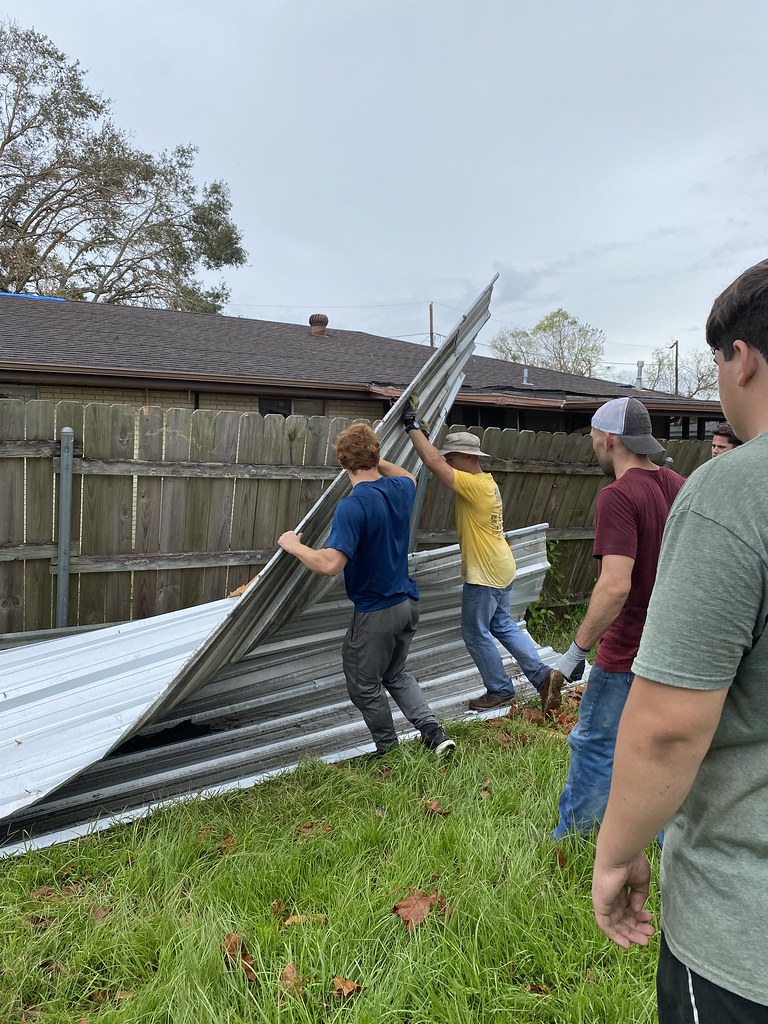 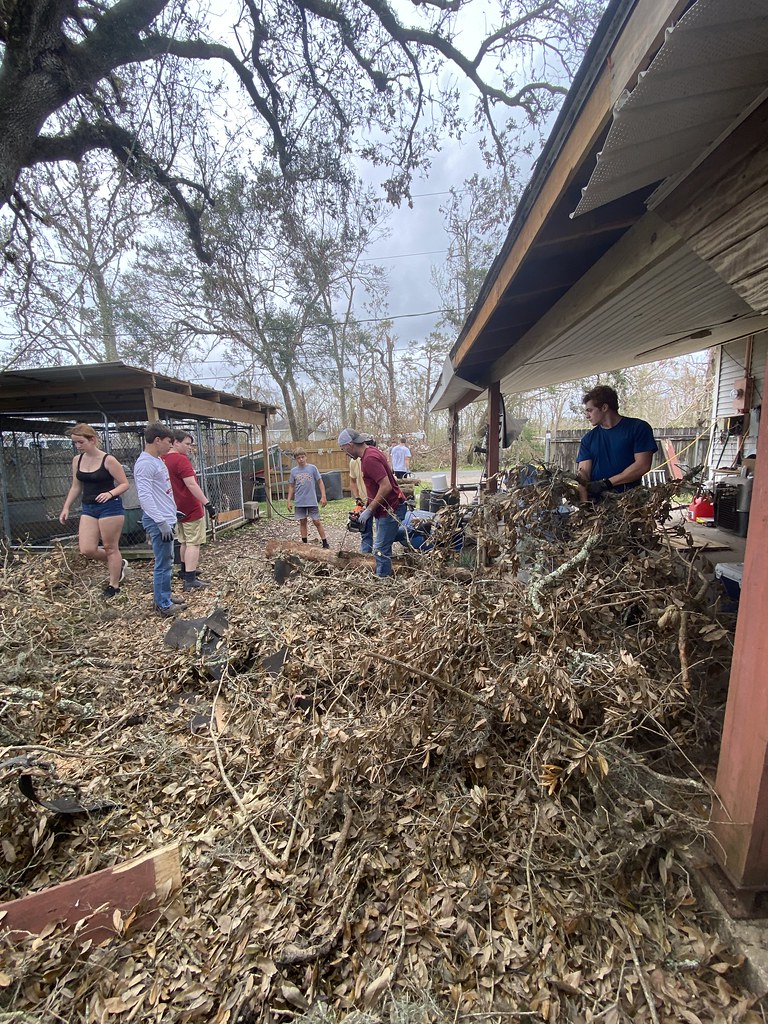 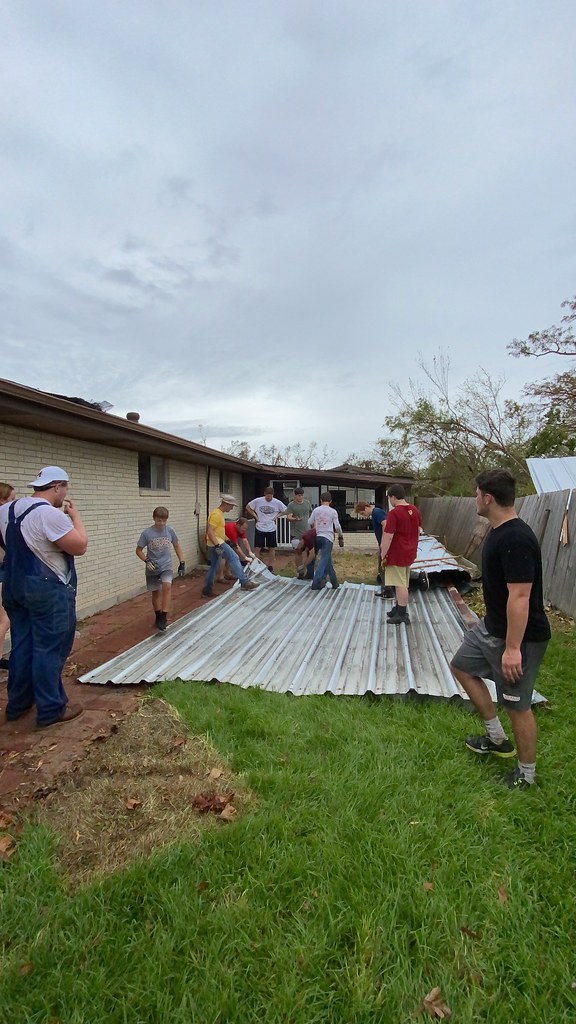 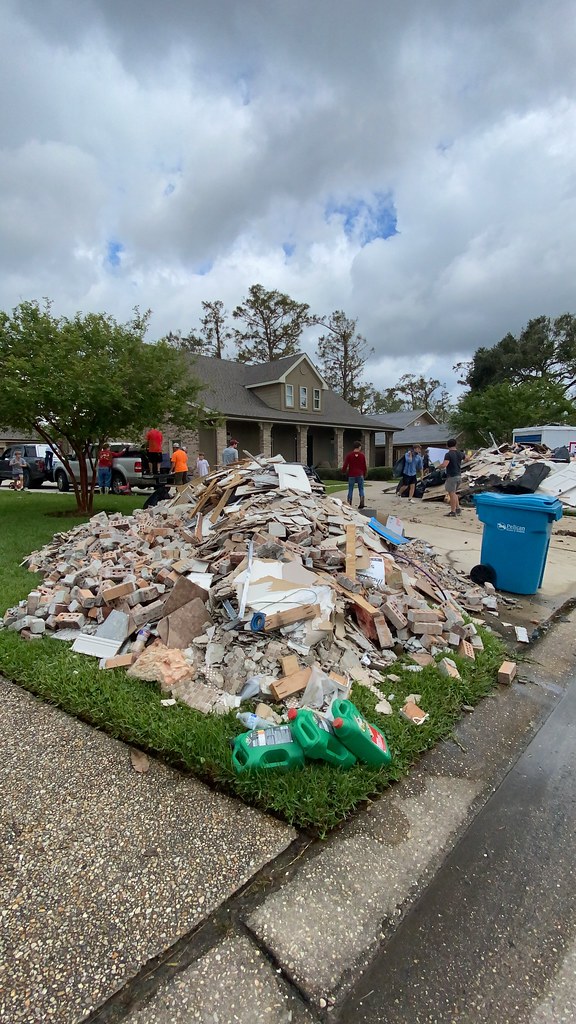 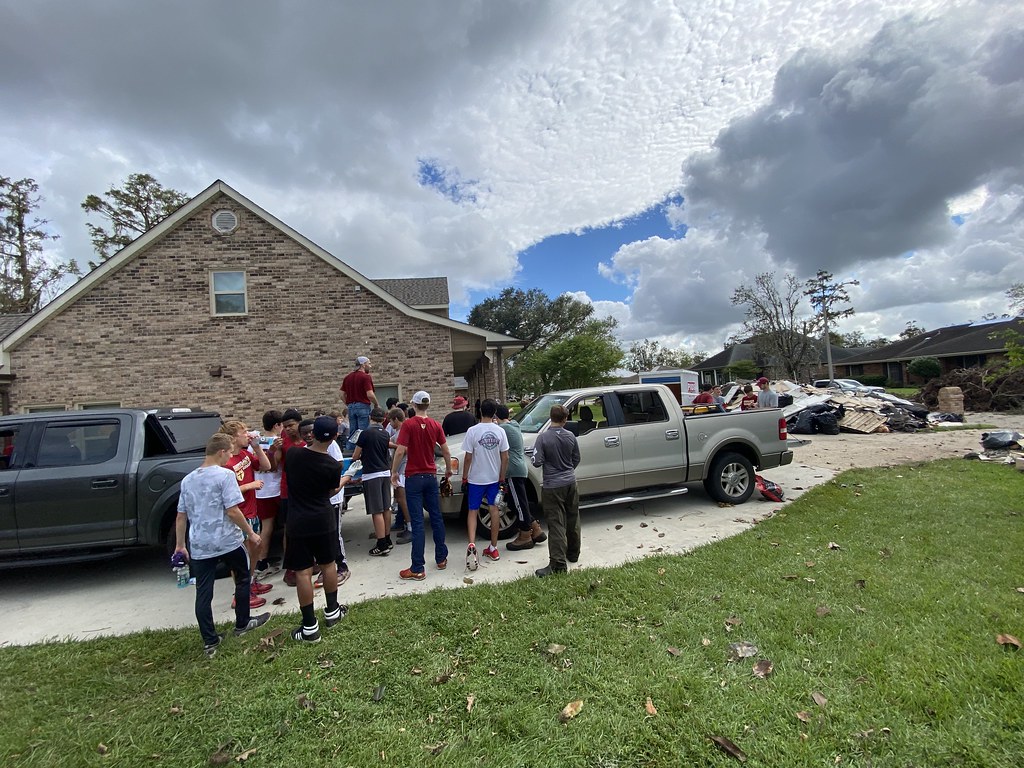 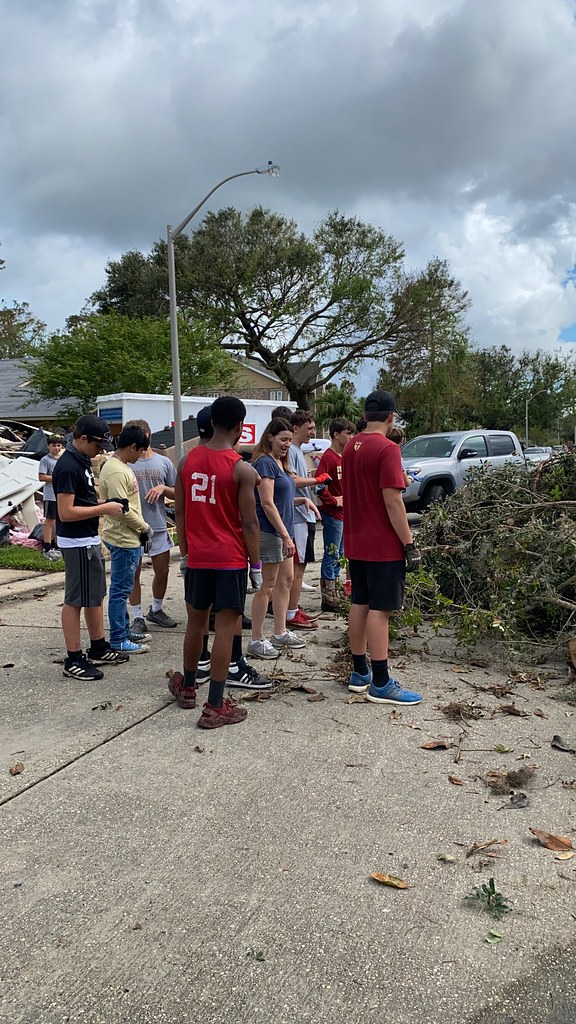 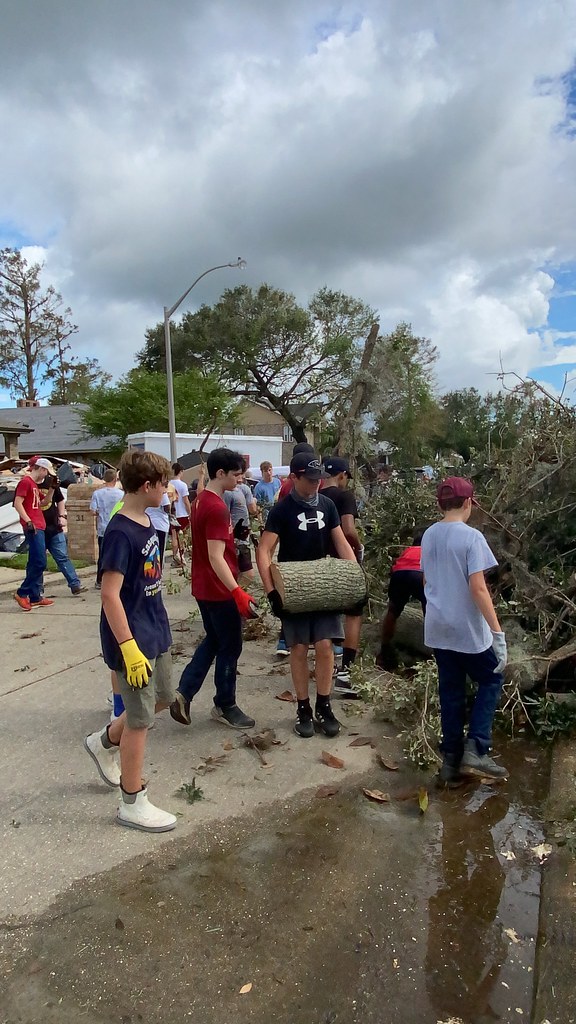 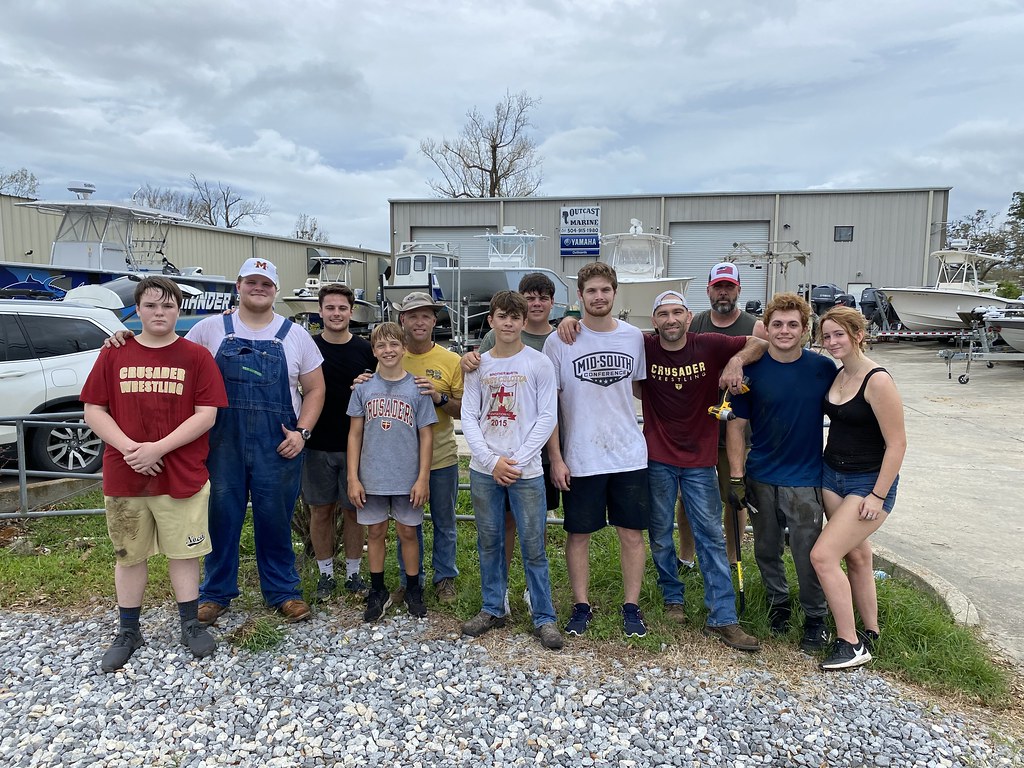 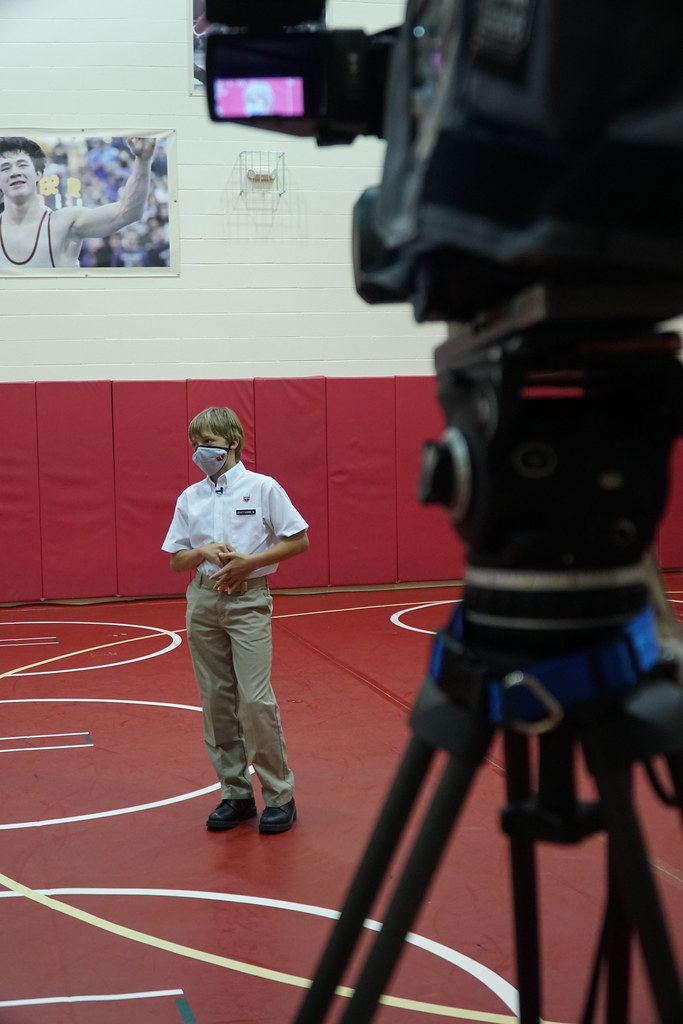 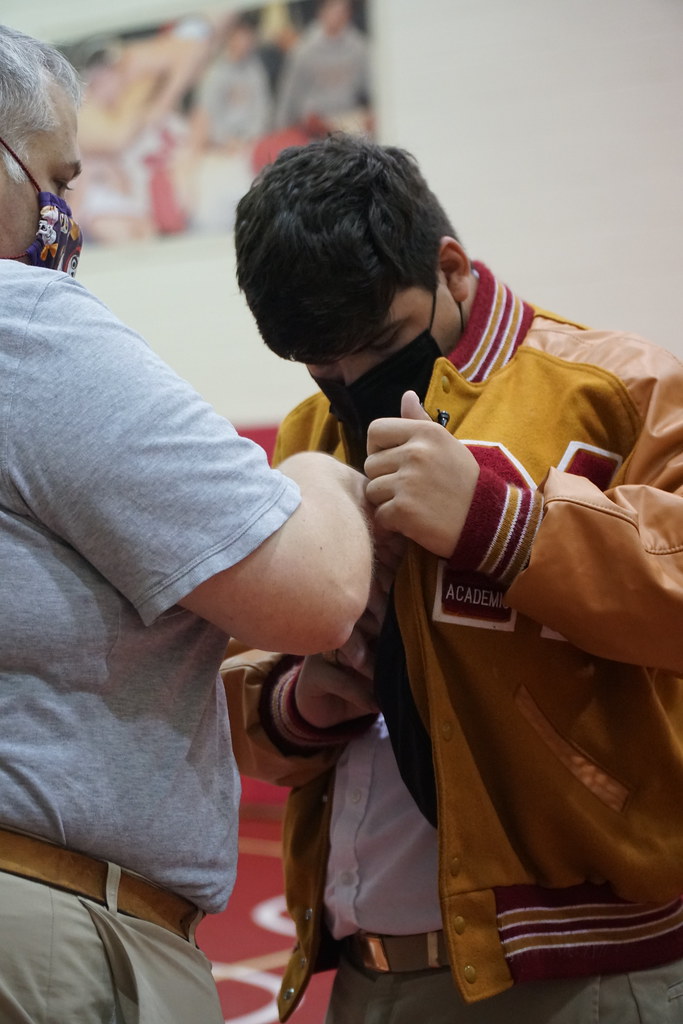 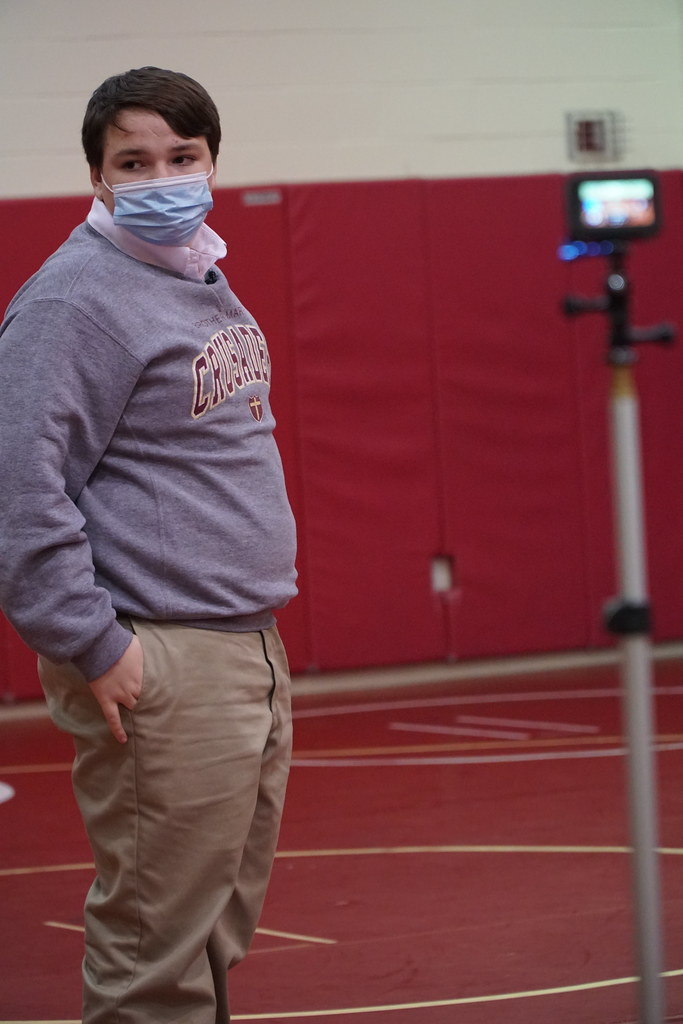 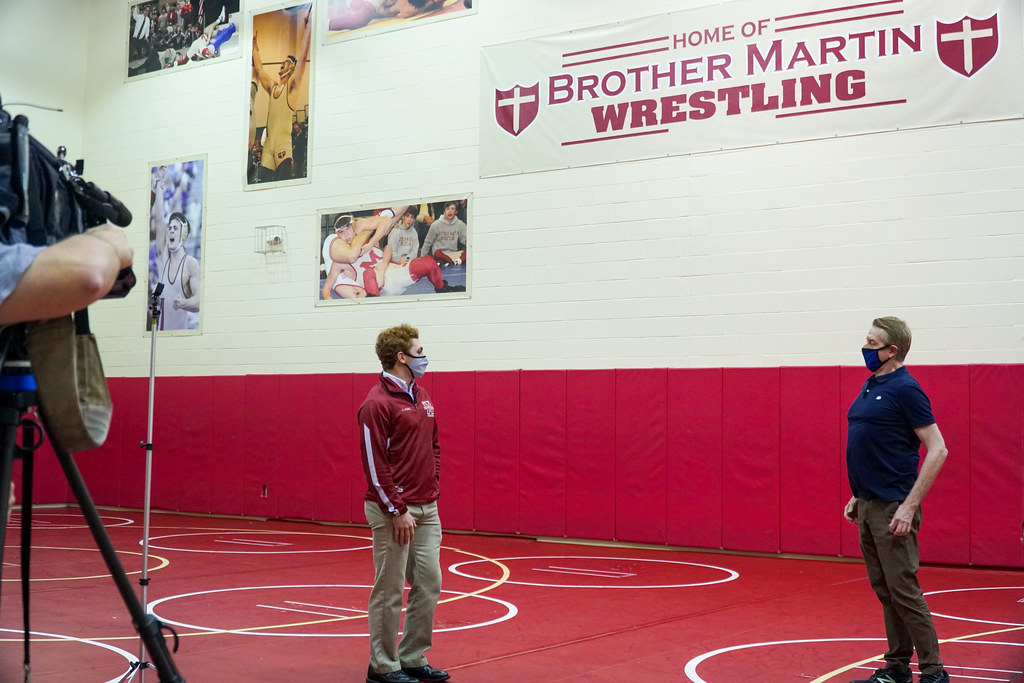 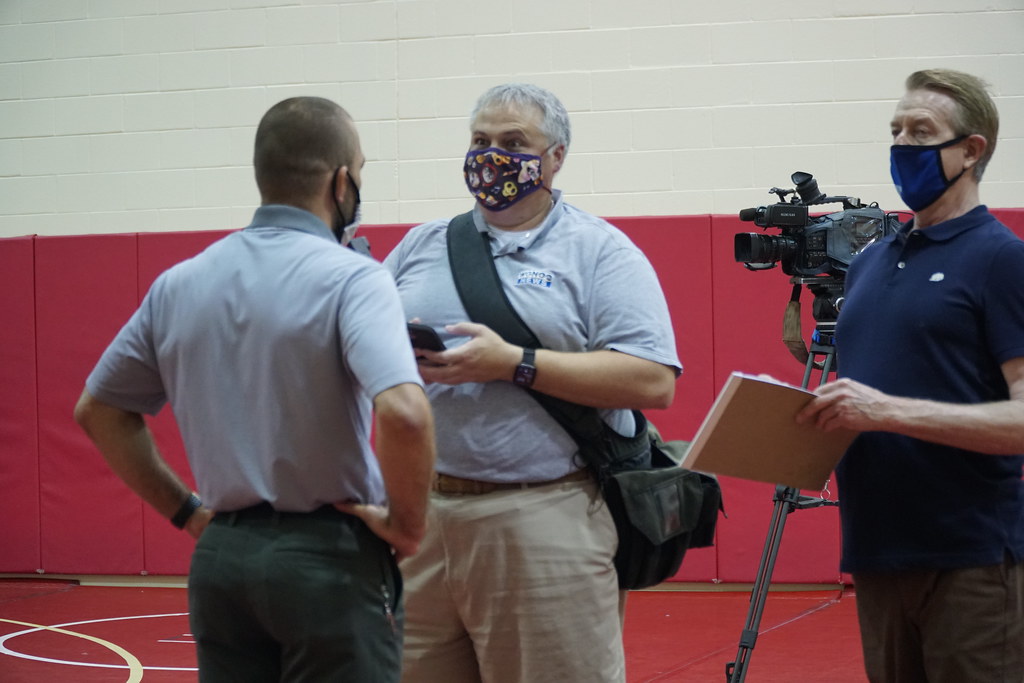 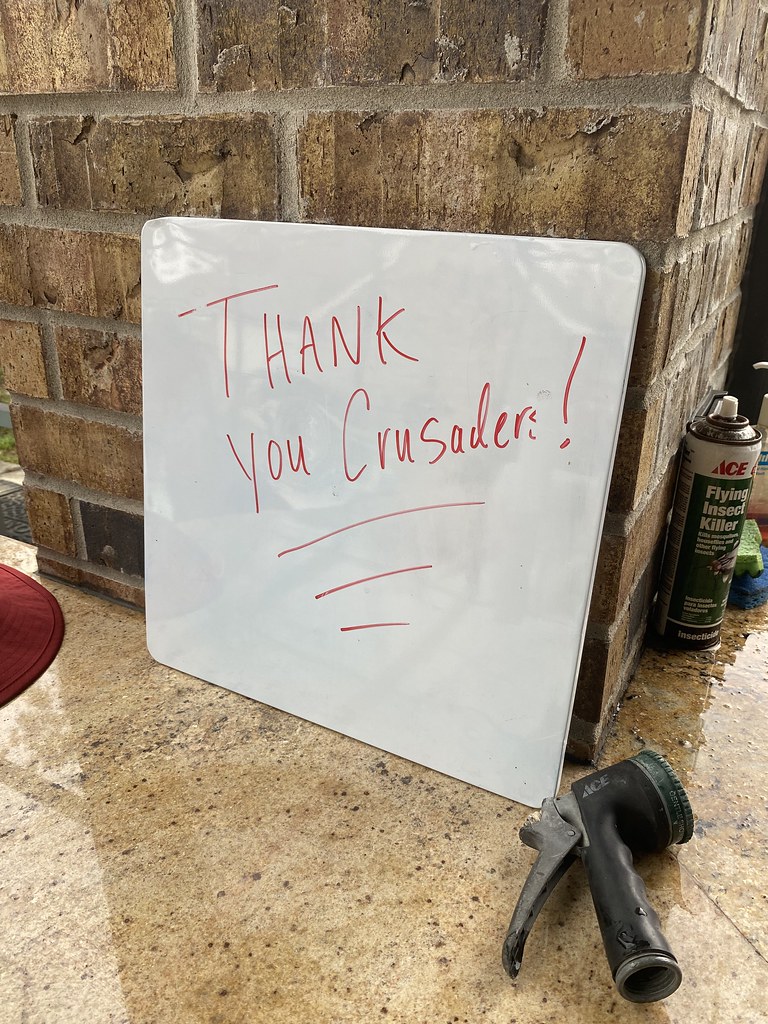