The Crusaders finally played their first game of the season last Thursday night. The opponent that was not on the original schedule – East Ascension High School, is a 5A school in Gonzales. The Spartan defense held the Brother Martin offense scoreless until junior HB Torey Lambert scored on a 1-yard run with 35 seconds left to give the Crusaders an 8-7 victory at Dutchtown High School’s Griffin Stadium. The safety that the Saders picked up in the first quarter on a bad snap out of the back of the opponent’s end zone proved to be decisive.

East Ascension took a 7-2 lead on Troy Dunn’s 43-yard touchdown run early in the third quarter. The Crusader offense continued to struggle until they gained possession at the BM 38 with 5:51 left in the game.

Torey Lambert carried nine times in a relentless do-or-die drive that was kept alive when QB Garrett Mmahat ran 5 yards on fourth down to make it first-and-ten at the EA 32. With time running out, the Crusaders reached the EA one. Lambert was stuffed for no gain on third down. On fourth down, Torey slid into the end zone off left guard for the winning touchdown. It was carry 25 and yard 119 for him in the game. He also caught two passes.

“It was exciting just to finally play a game,” says Coach Mark Bonis. “It was great to be out on the field. It brought a sense of normalcy. Our guys work so hard; the coaches work so hard year-round. The game allowed them to do what they enjoy doing.”

The low-scoring contest reflected the fact that both squads’ preparation was disrupted by Hurricane Ida. Bonis says he wasn’t surprised by the fine performance from his defense. “I expect them to be very strong.” But he was disappointed by the offense. “We graduated a lot of players and have some new starters, but I expected more offensive production. We moved the ball well at times, but we had a lot of dropped balls. Our timing was off. Fortunately, you usually see a tremendous amount of improvement from game one to game two.”

The workhorse on offense was a player who was switched from defense to offense this season. “Torey performed as we expected. Last year, we had a great running back in Jaylon Spears and depth at that position. We had to get Torey on the field because he’s such a good athlete. So he got experience at cornerback.”

The Crusaders now prepare for their first district game against Jesuit, which has a new coach, Ryan Manale. “He had a lot of success at De La Salle. He brought two or three coaches with him to join the staff that was at Jesuit last year.”

“They return all but four starters on defense. Their senior quarterback, Jack Larriviere, does a great job. Their veteran offensive line is very strong. They do a great job in the running game. They also have some good skill guys, including WR Jace Larsen. K Aidan Corbello is really good. They will be tough in district.”

Asked to characterize Jesuit’s offensive style, Bonis answered, “I can’t tell you. We don’t have enough film. We’re preparing for what little we’ve seen on film plus the De La Salle film we have from last year. Our players must exhibit mental toughness this week. We’re throwing a lot at them.”

The Crusaders are the visiting team for the 7:00 p.m. clash Friday night at Tad Gormley Stadium. The weather forecast calls for a nice Fall evening. 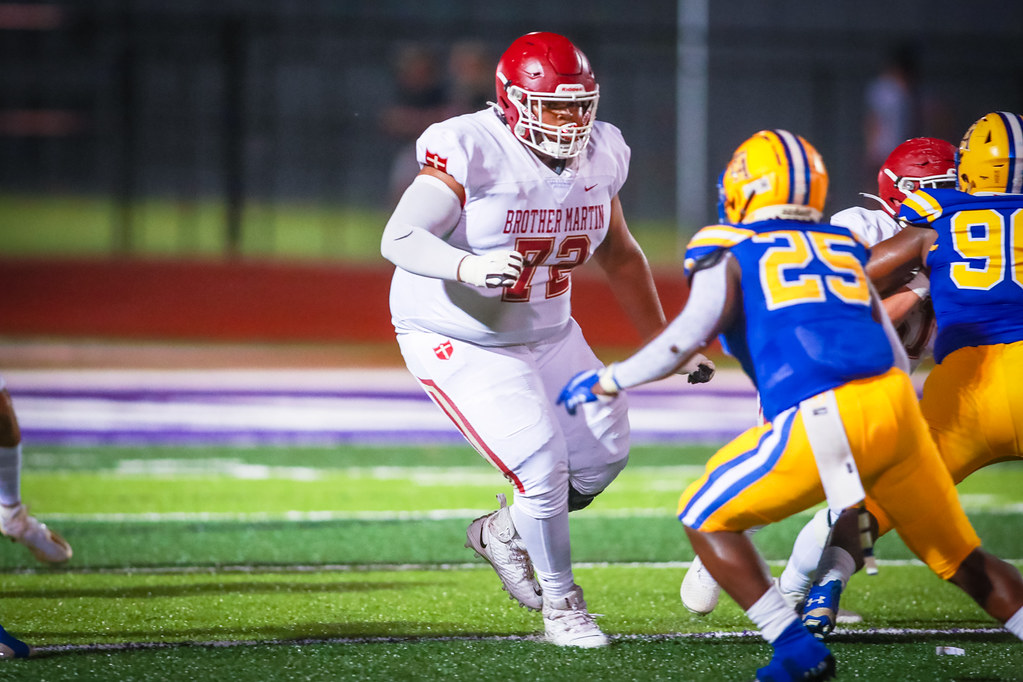 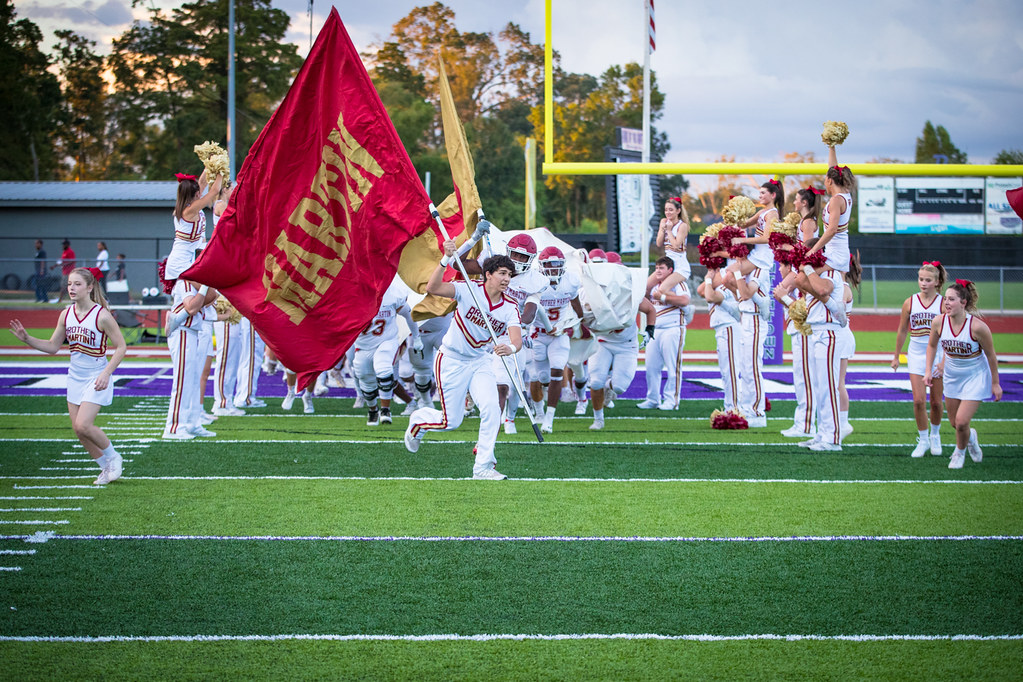 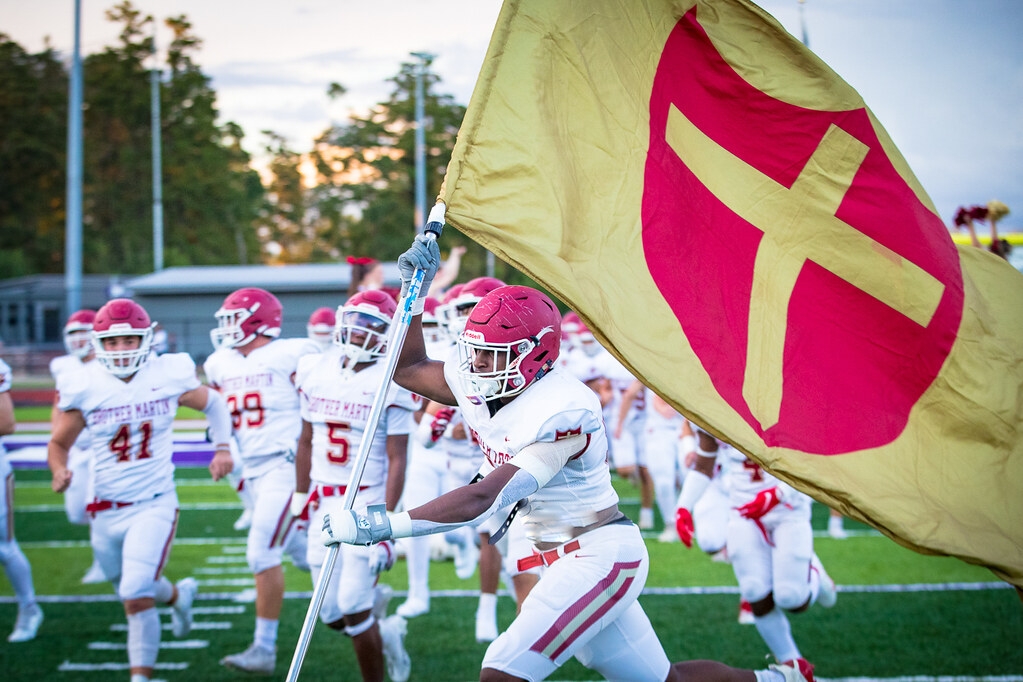 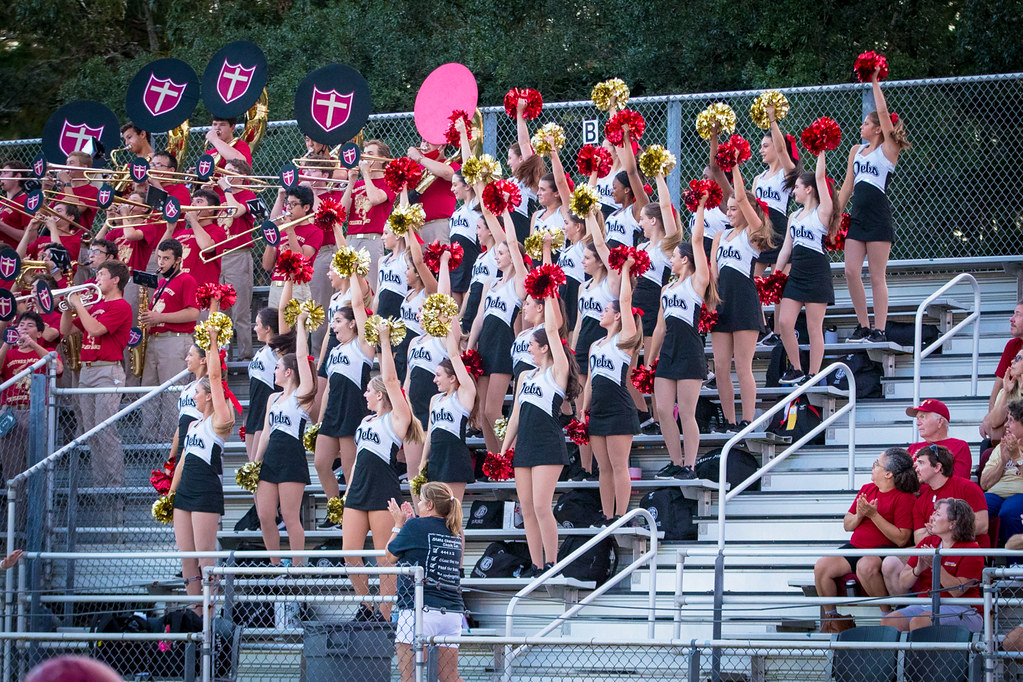 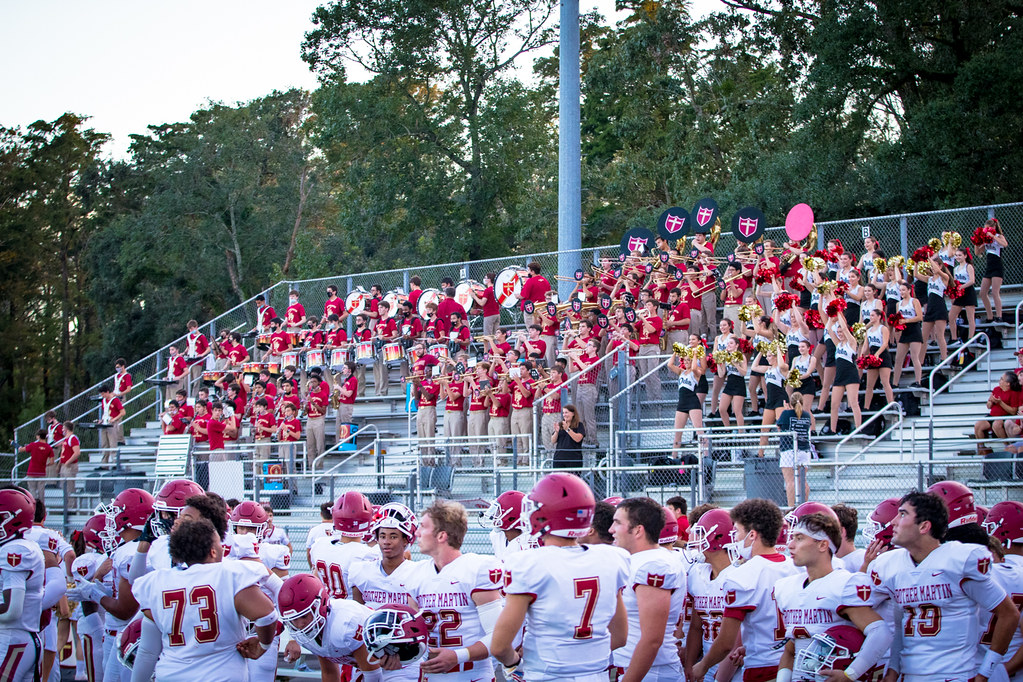 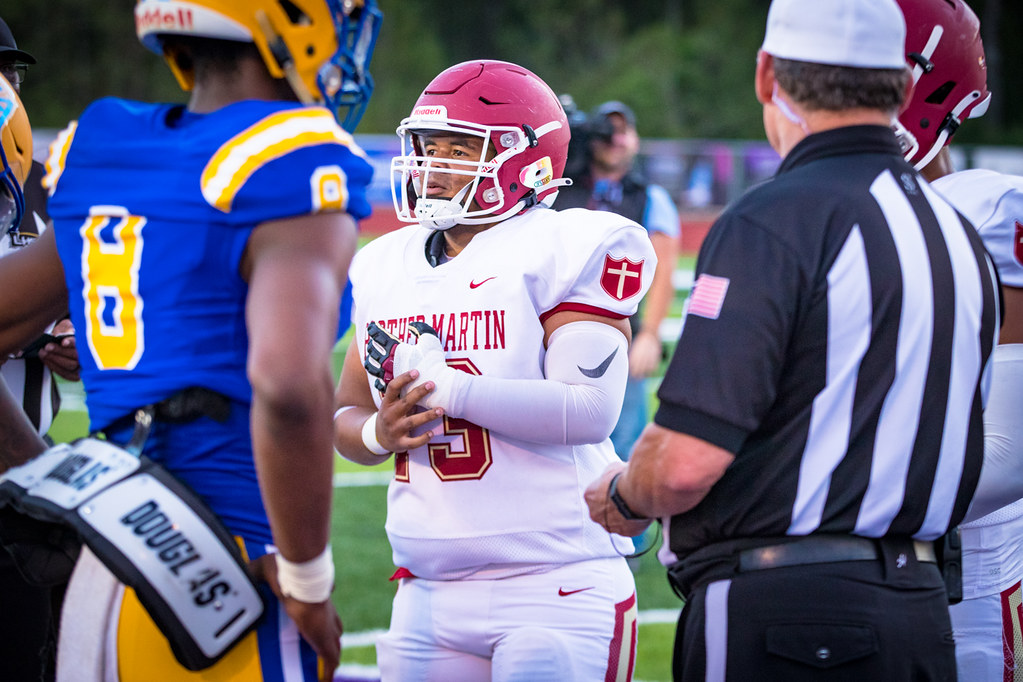 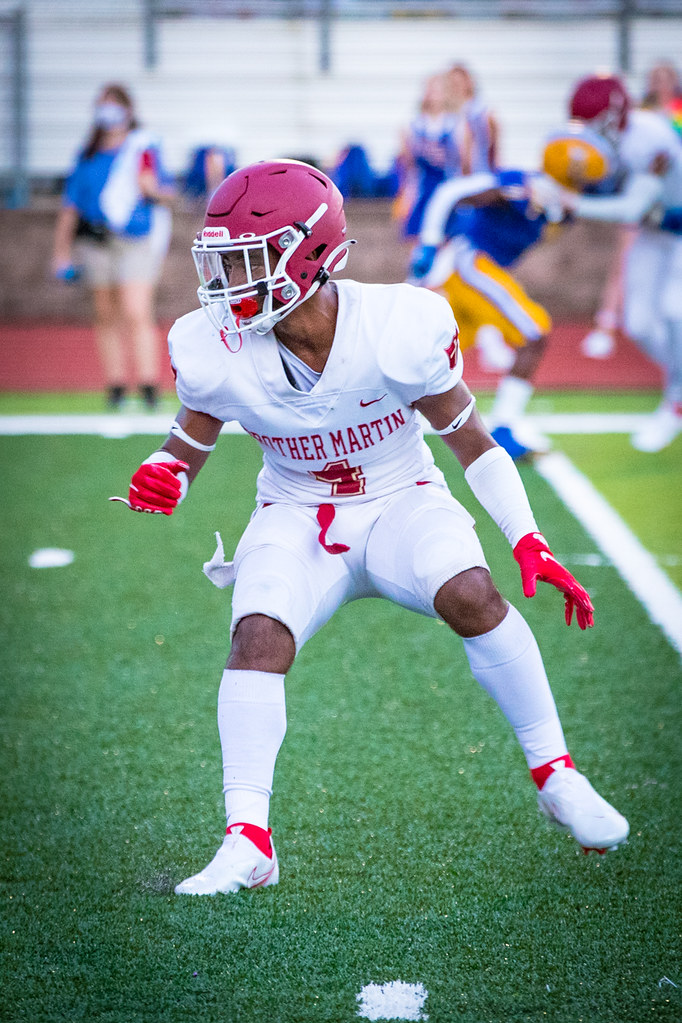 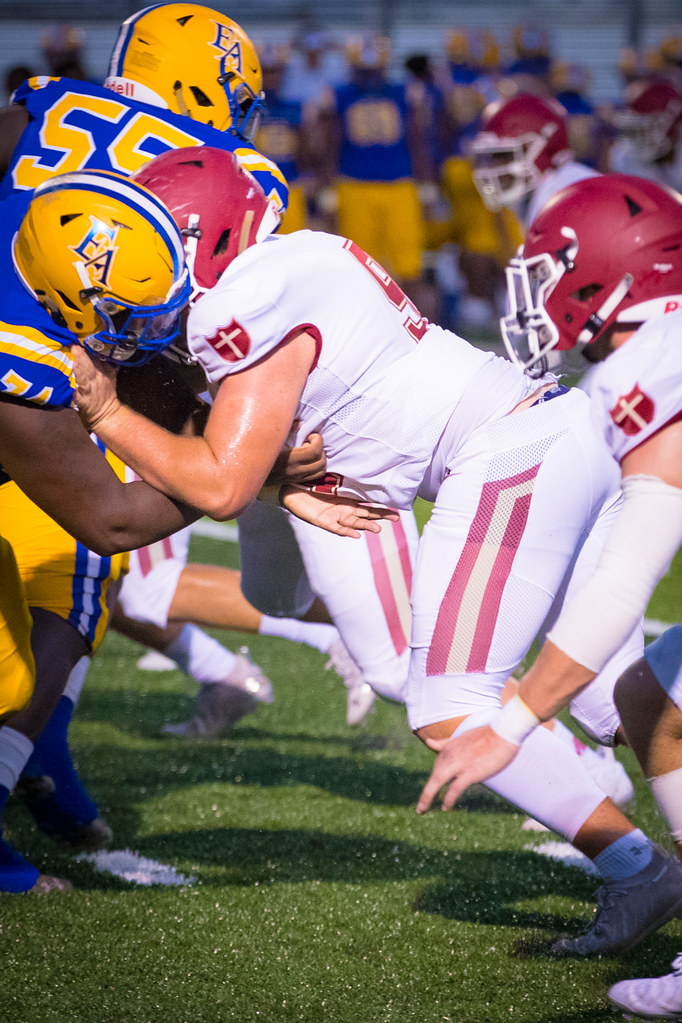 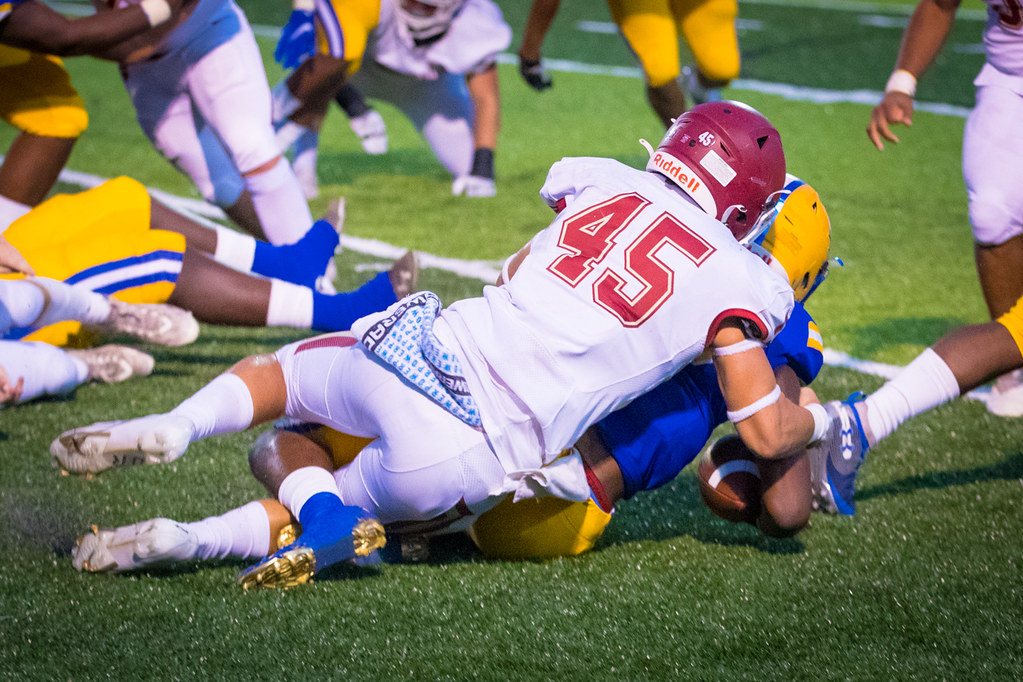 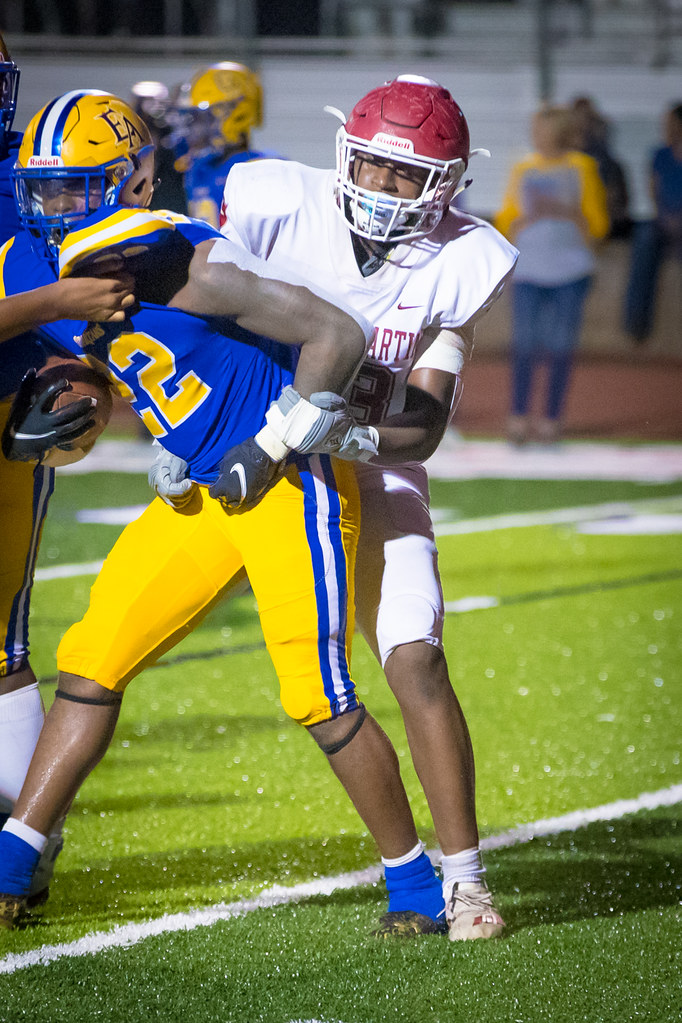 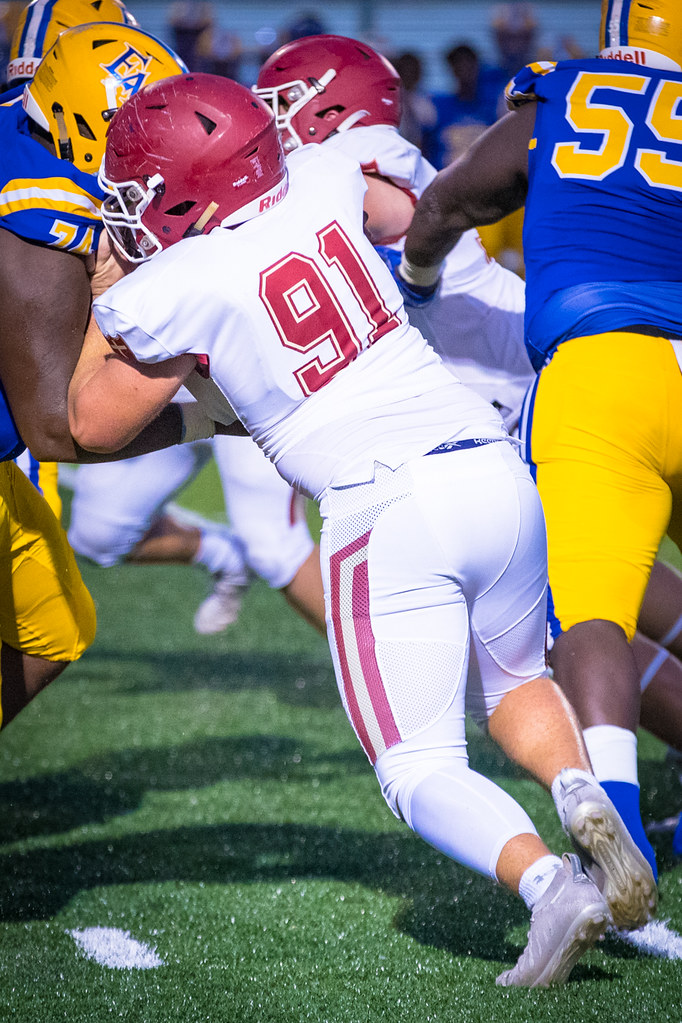 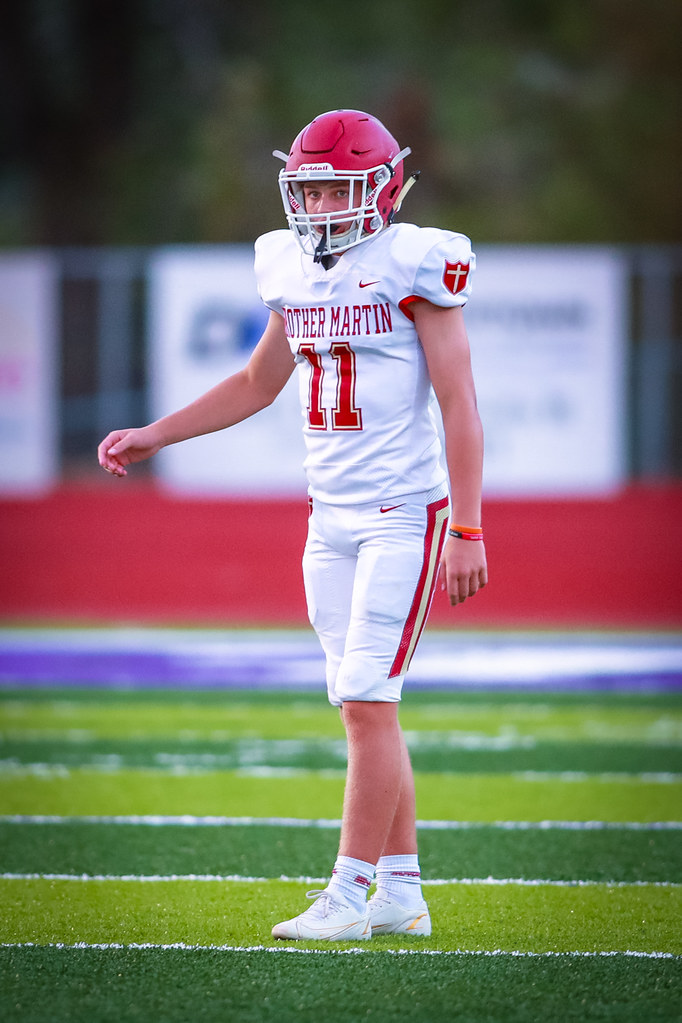 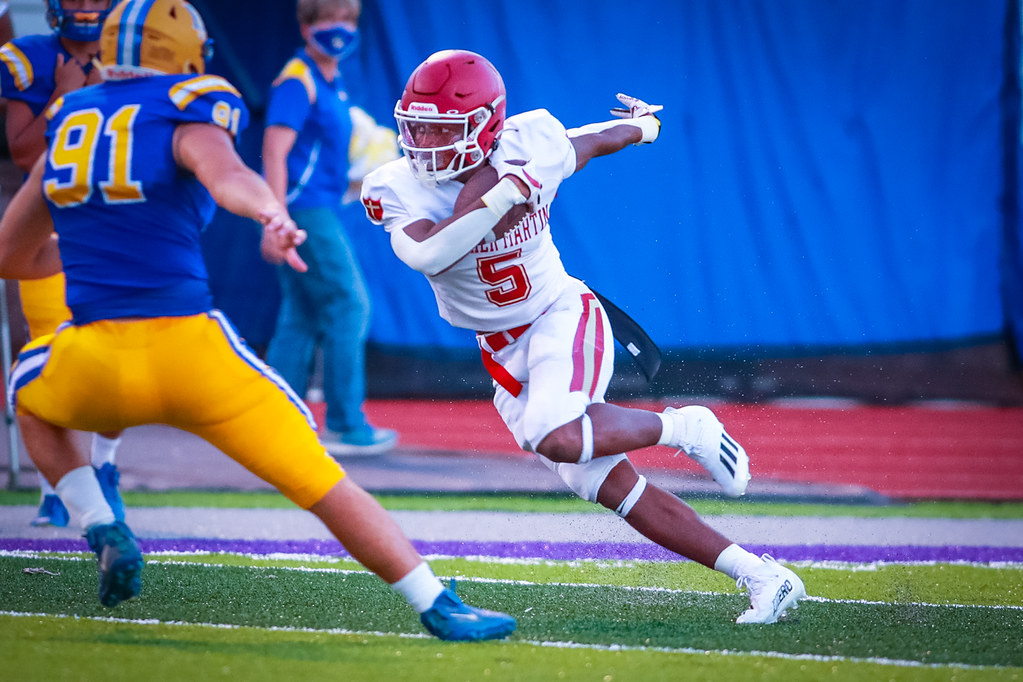 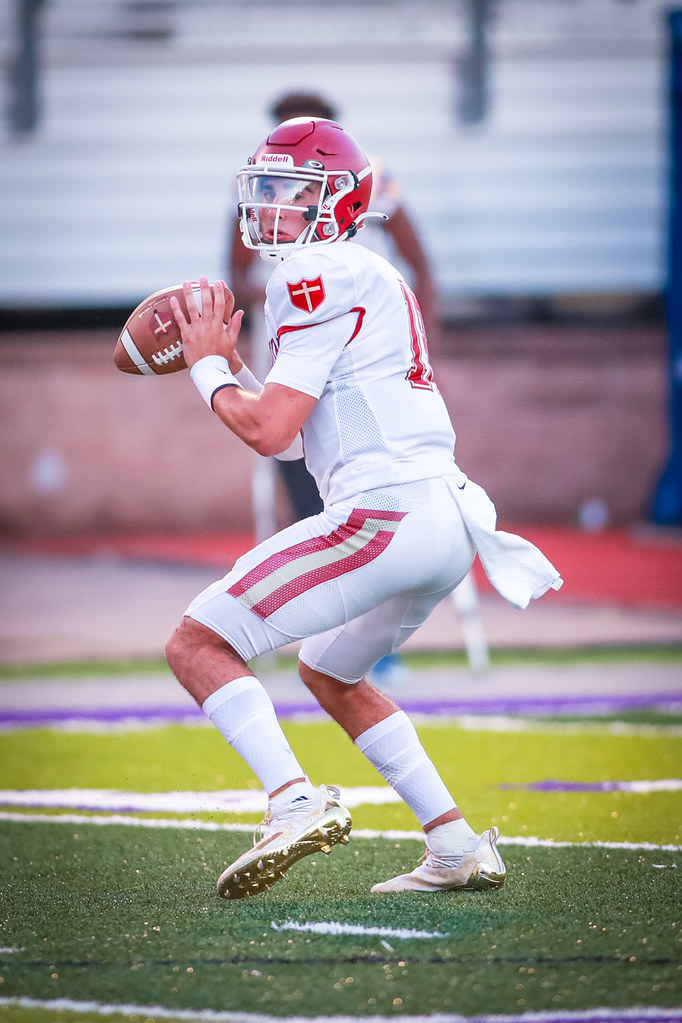 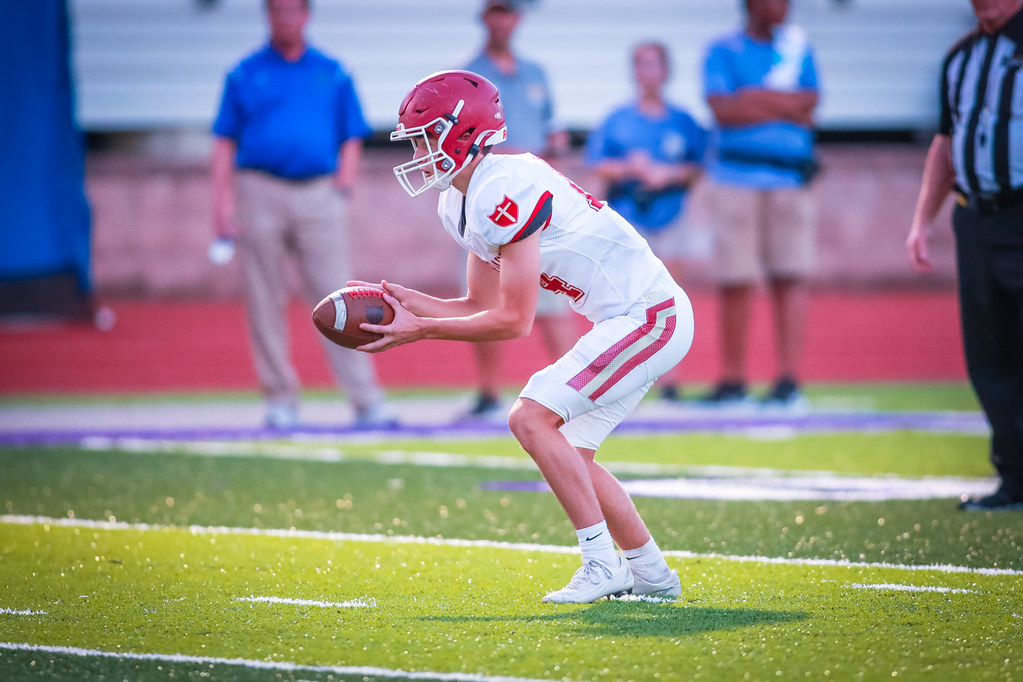 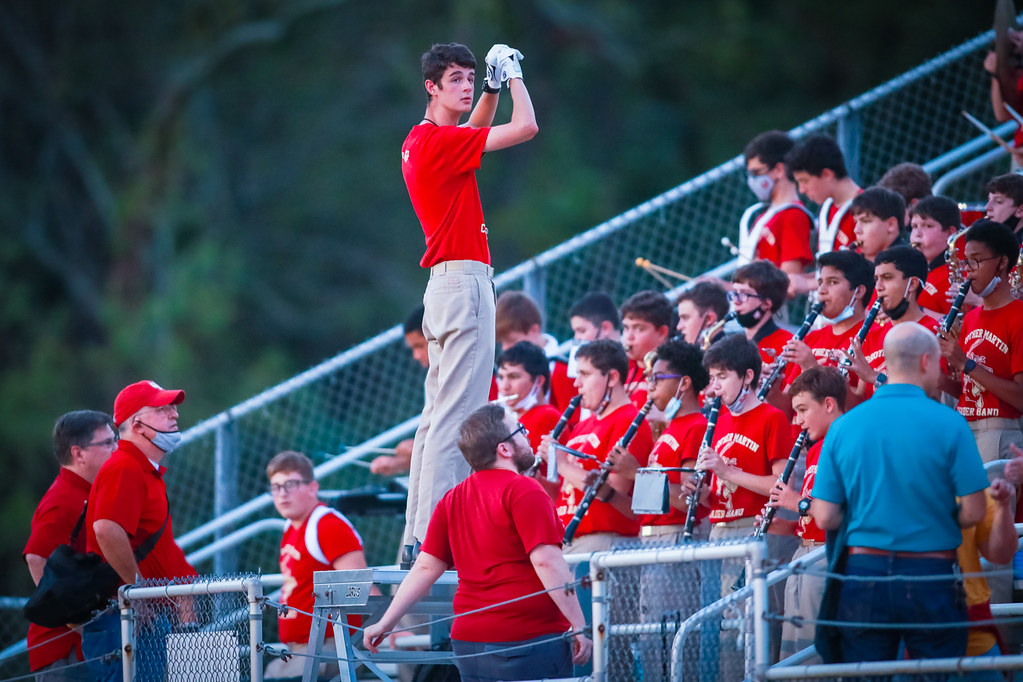 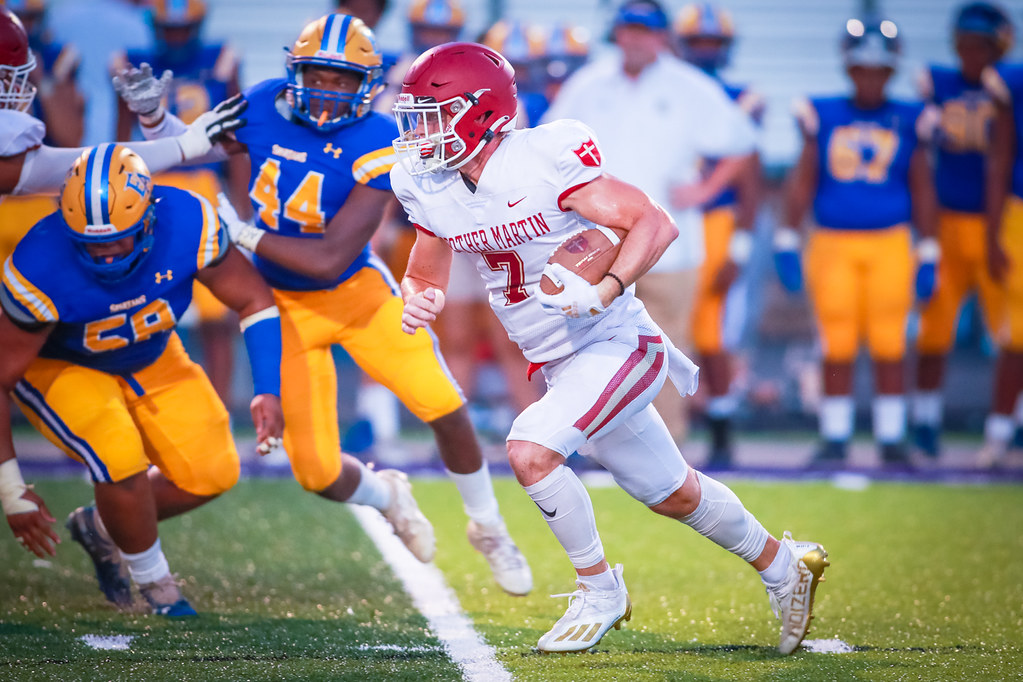 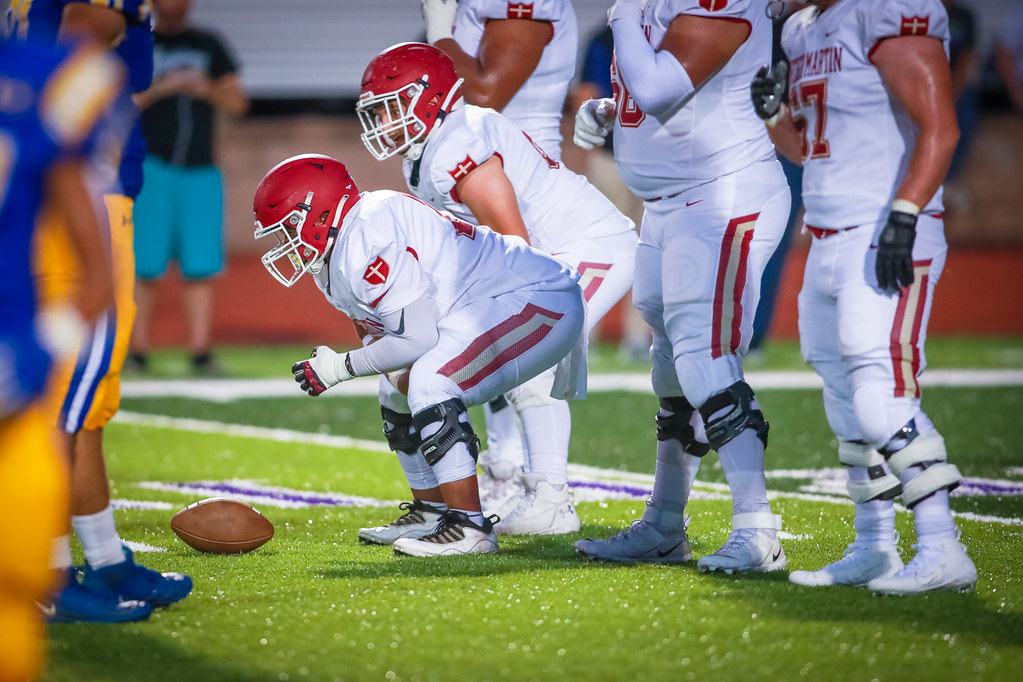 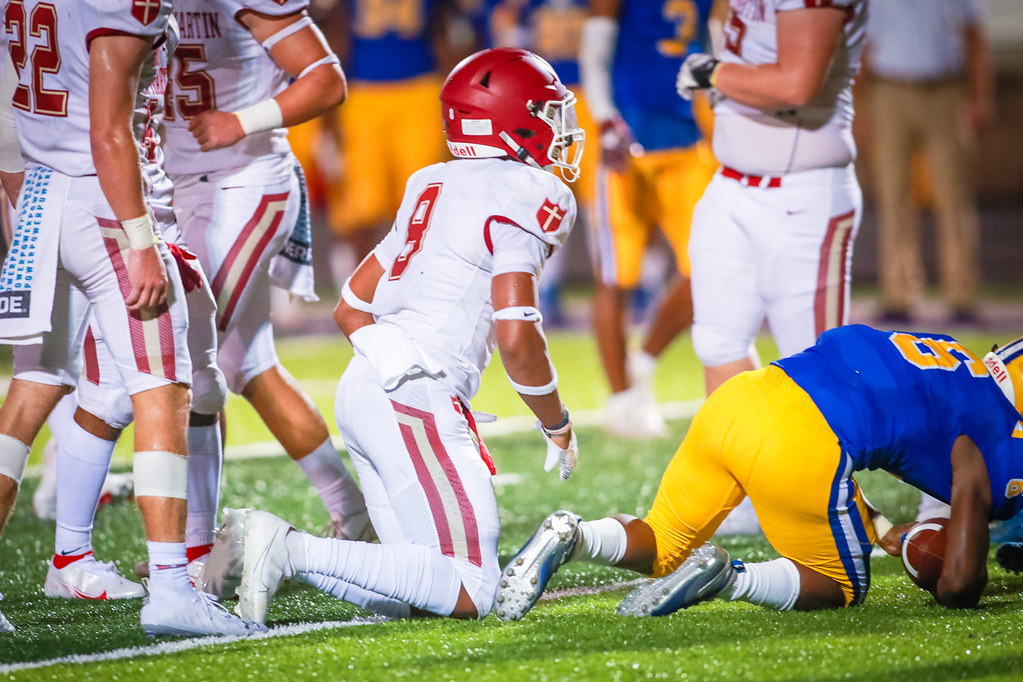 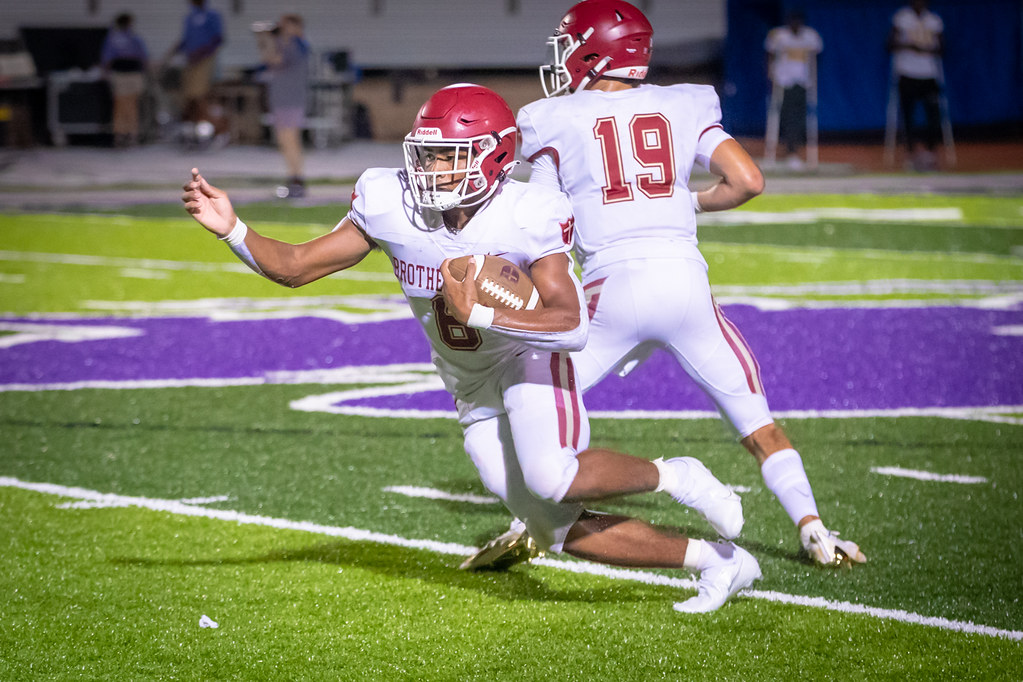 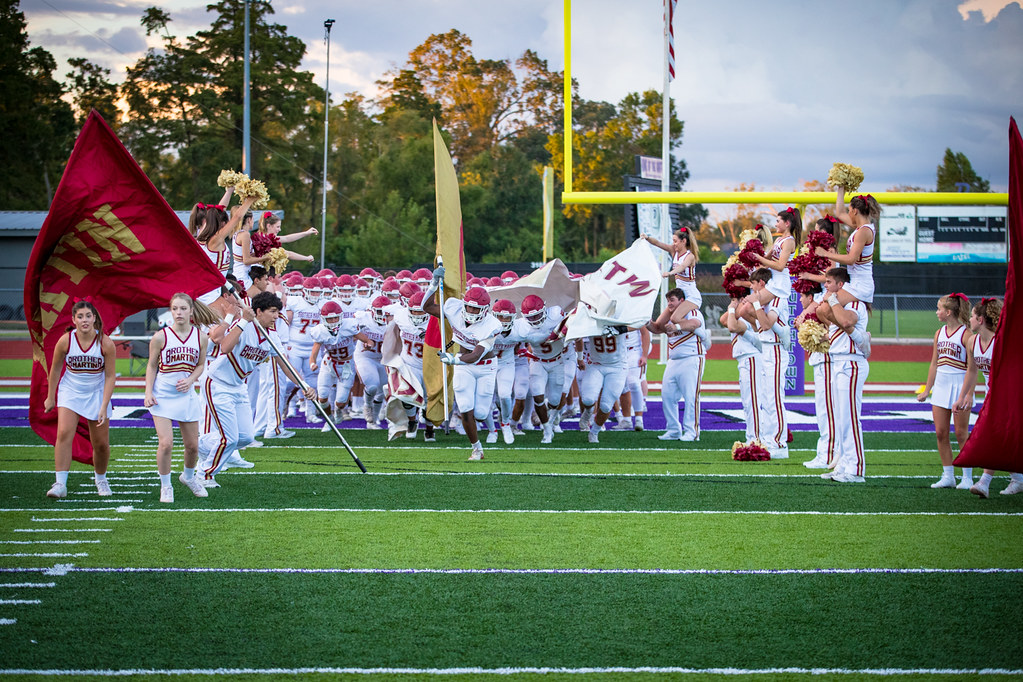