Chat with Coach Bonis #11: Final Chat, Review of the Season

A crowd estimated at 18,000 saw Jesuit end Brother Martin’s season with a 28-10 victory in the Division I semifinal game on November 26.

Coach Mark Bonis says, “Jesuit played really well. All credit to them. Their senior quarterback did a good job. They had a good game plan and executed it. Those were two really good teams in an awesome atmosphere. Then Jesuit went toe-to-toe with Catholic High last Saturday night in the finals.”

“We had a great week of practice for Jesuit. I would not have changed our offensive, defensive, and special teams game plans. Everything we saw that Friday night, we worked on. I’m proud of the way our guys prepared. They competed for 48 minutes. We all want to win a state championship, but it doesn’t always happen the way we want.

“The last two years, lack of depth has hurt us. During the course of the season, we lost a lot of guys to injuries. Jesuit did a good job of rotating guys on the offensive and defensive lines. They had a very good game plan that took advantage of our weaknesses. We couldn’t sustain drives, and our defensive front got worn out.

“Our team has not lost on the field in a regular season game for two seasons. I can’t say thank you enough to this senior class. They’ve been through a lot and have done nothing but play their hearts out for their school.”

“It’s hard to beat a good team once in a year, much less twice. In the case of Jesuit, it would have been the fourth time in two years. It gets tougher and tougher to keep winning.”

The season never really ends for football coaches. “We’ve been doing self-analysis. We’re interviewing the seniors as part of a post-season evaluation of the program – what was good and what we can change to make things better.”

The LHSAA has rules governing off-season contact between coaches and players. “We’re allowed four players to one coach to work on fundamentals. We’ll start that when we come back from the Christmas break. They can’t be in pads, but you can throw a football."

“Spring training in full pads will be ten days starting the last day of April. Summer rules kick in the week after final exams. You can do seven-on-seven but not in pads.”

The district coaches have started putting together next year’s schedule. Edna Karr High School in Algiers is joining the district to replace Archbishop Shaw, which has dropped to a lower classification. Karr has been a perennial power in the Non-Select Playoffs. “Karr coming into our district doesn’t phase me one way or the other. I just wish they were in the Select playoffs.”

Brother Martin principal Ryan Gallagher '00 has made a proposal for next month’s LHSAA meeting to reunite the 5A select and non-select schools. He is optimistic because passage requires only a majority vote of the 5A principals and not the two-thirds needed for other proposals.

The Crusaders will play at St. Thomas More in Week 3 after this year’s trip to Lafayette was canceled because of Hurricane Ida. The Cougars will come to New Orleans in 2023. Martin will also travel to Ouachita in Week 4 next season.

The non-district games for Weeks 1 and 2 have been put on hold pending the vote next month on combining 5A. 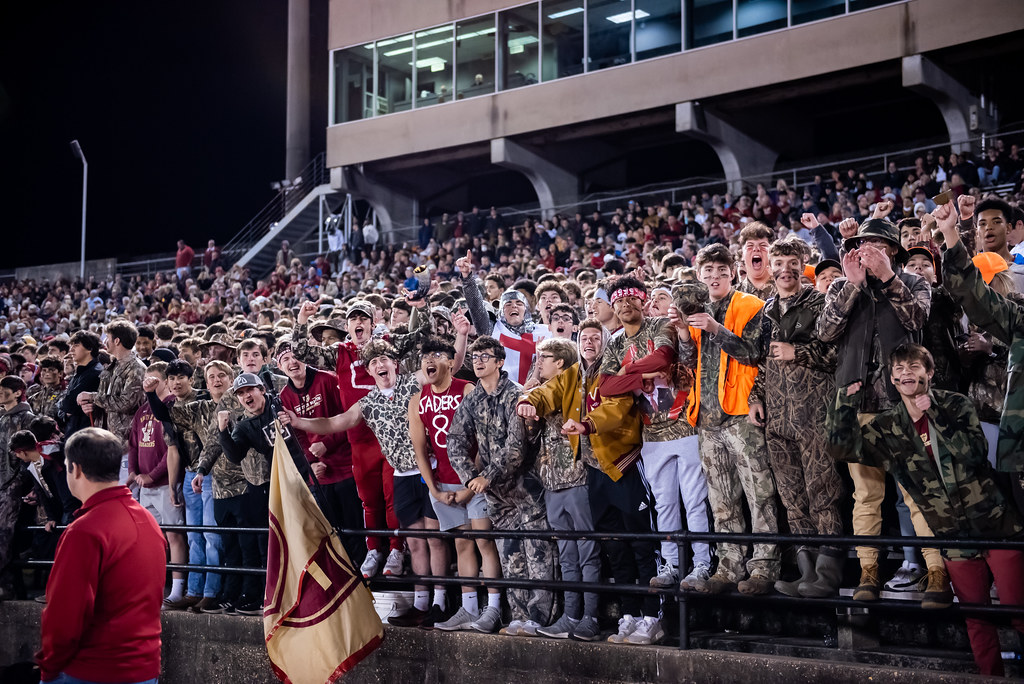 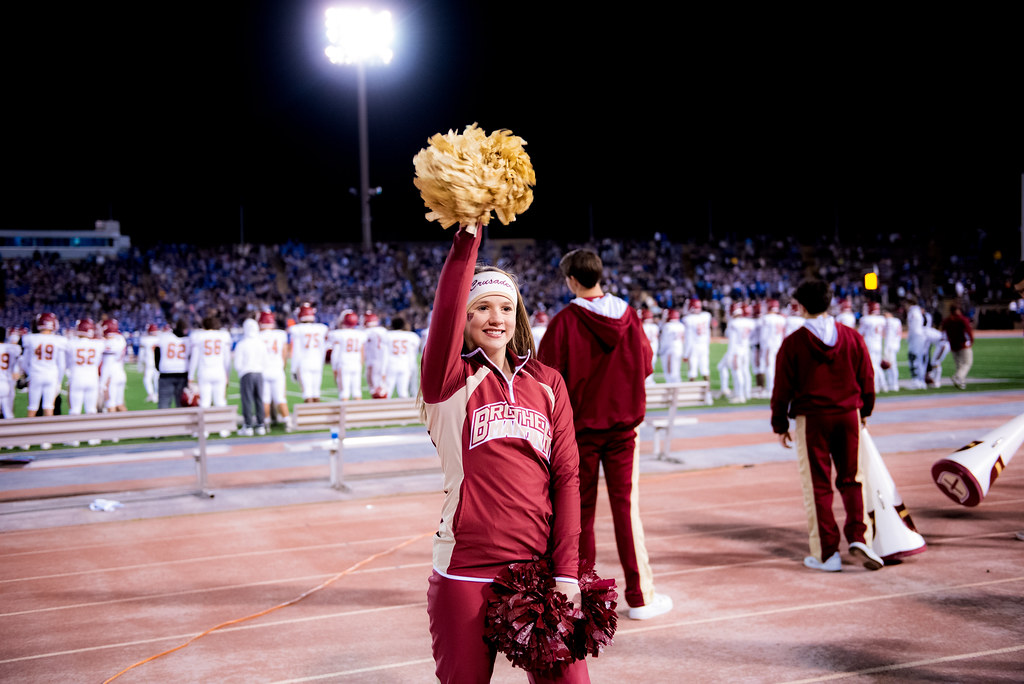 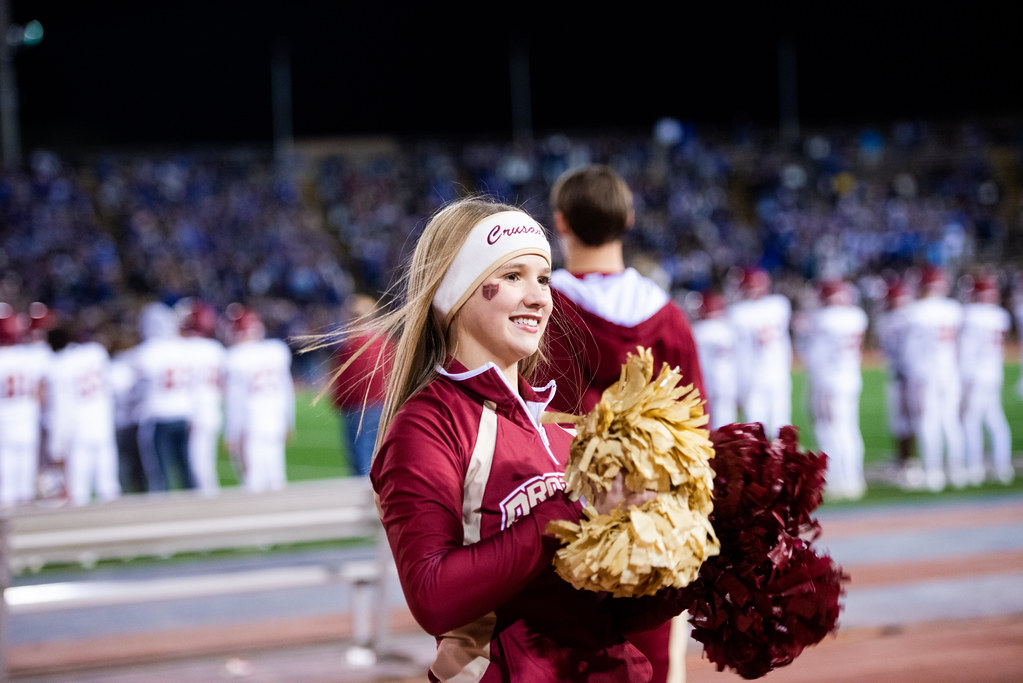 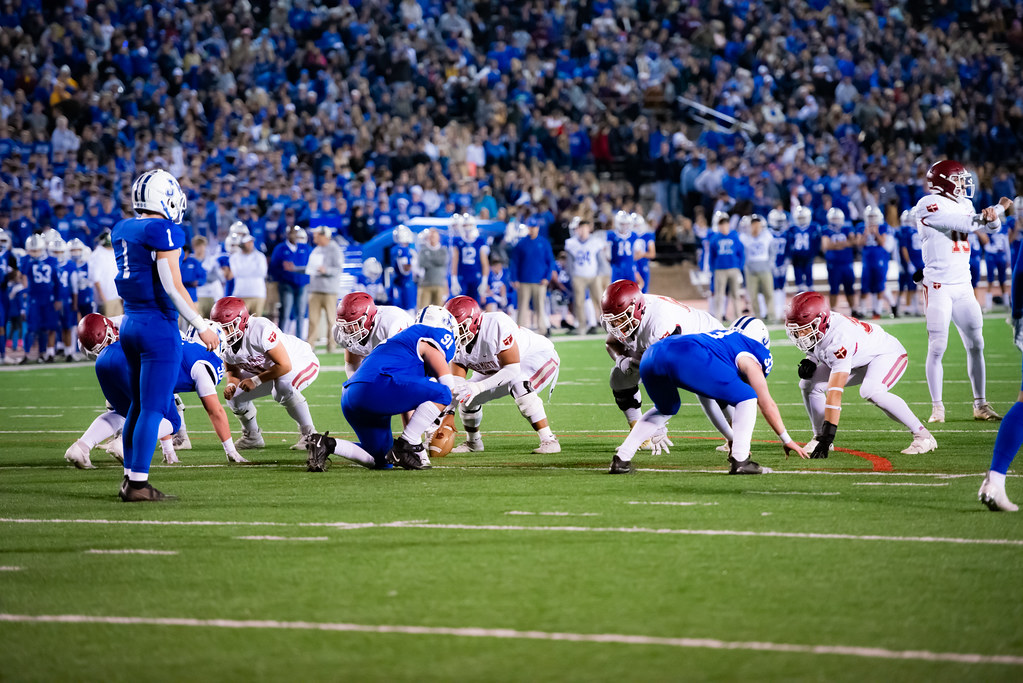 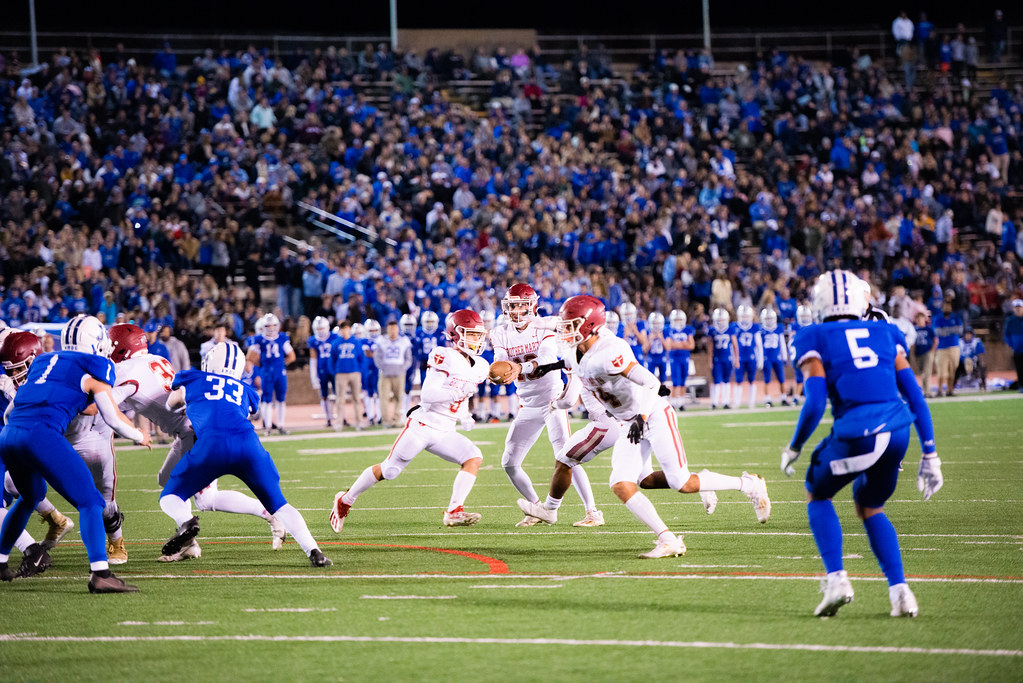 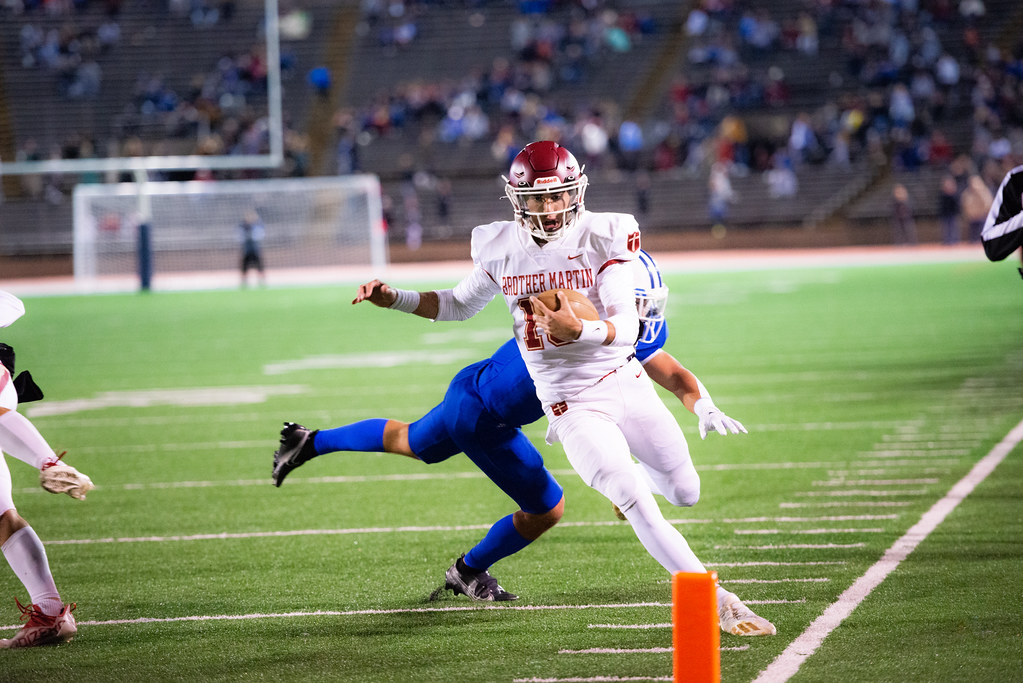 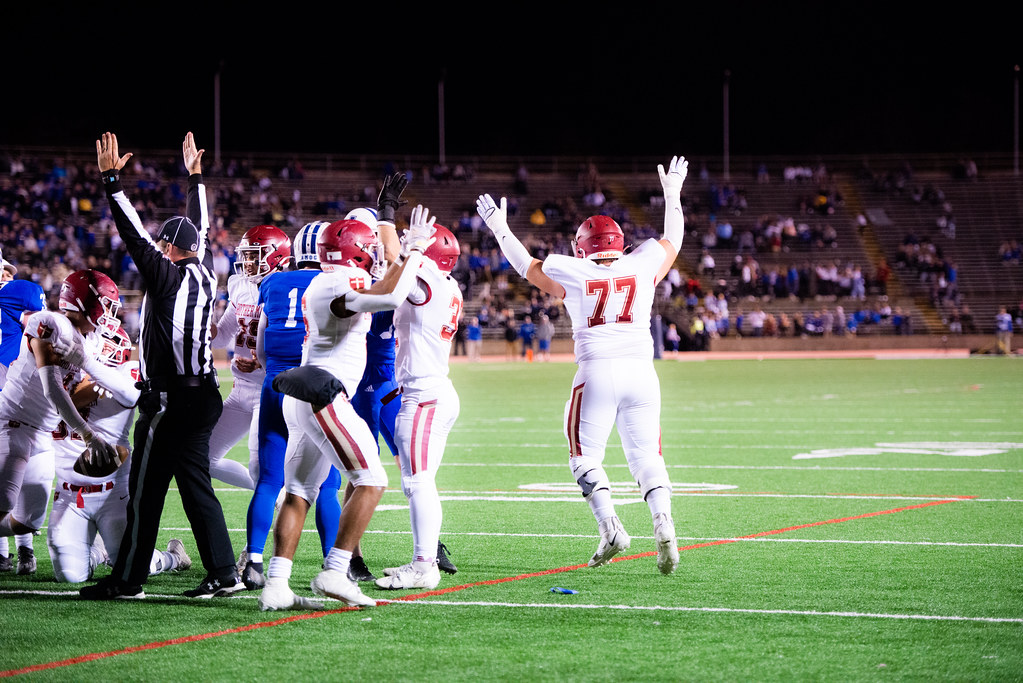 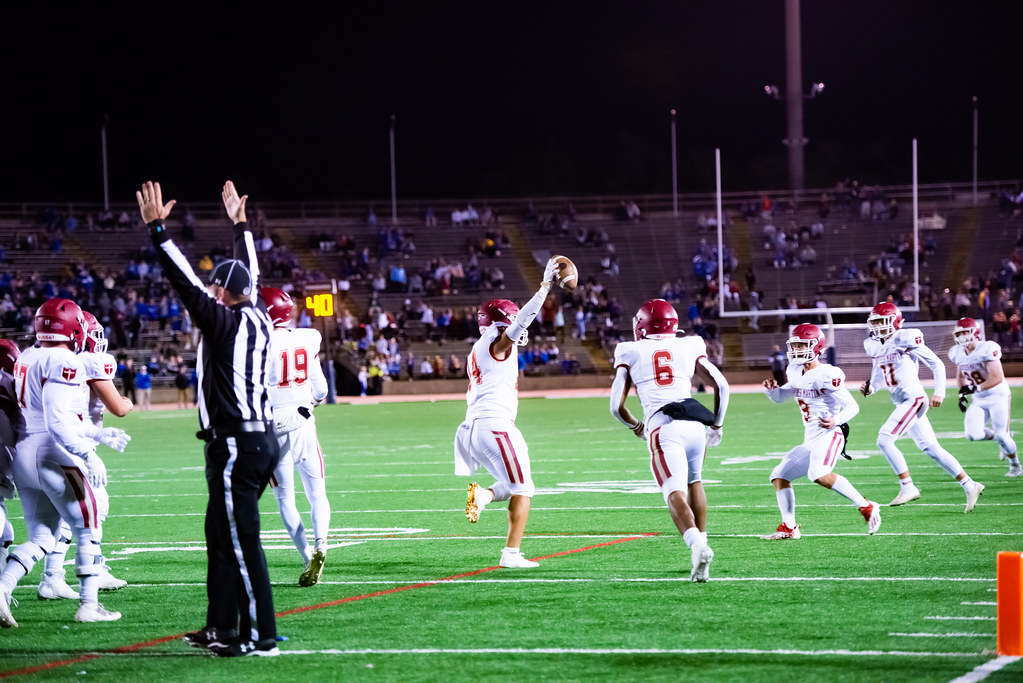 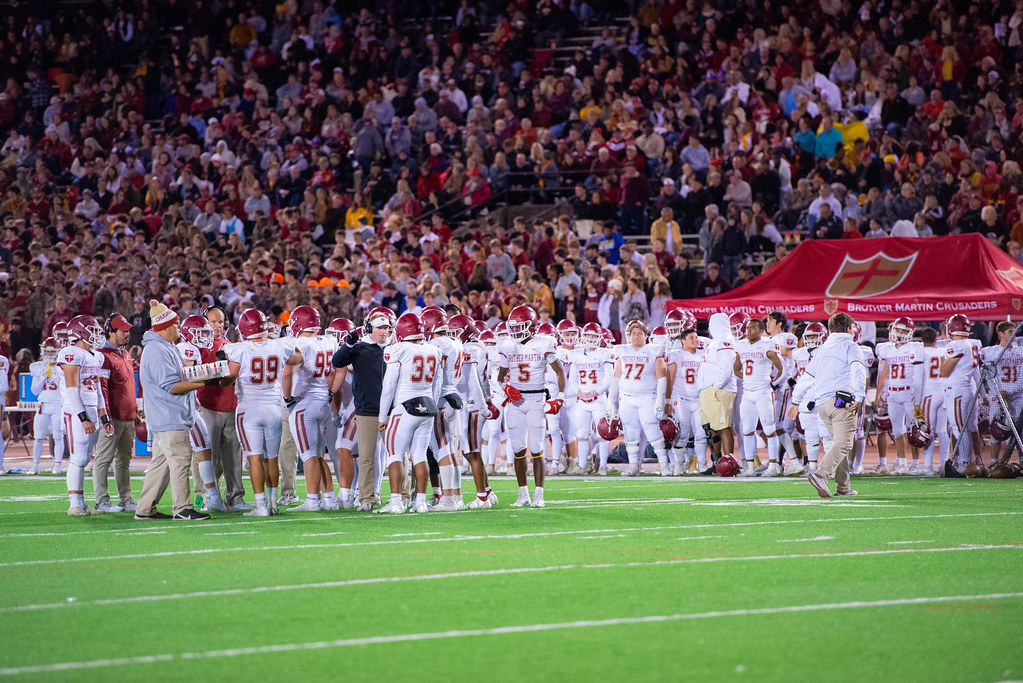 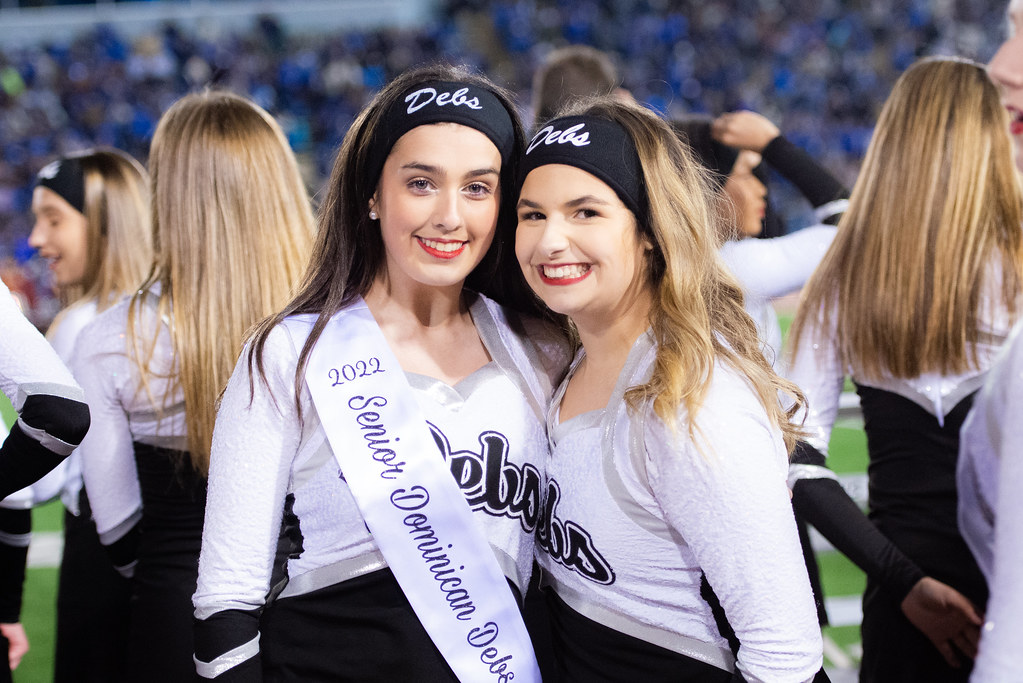 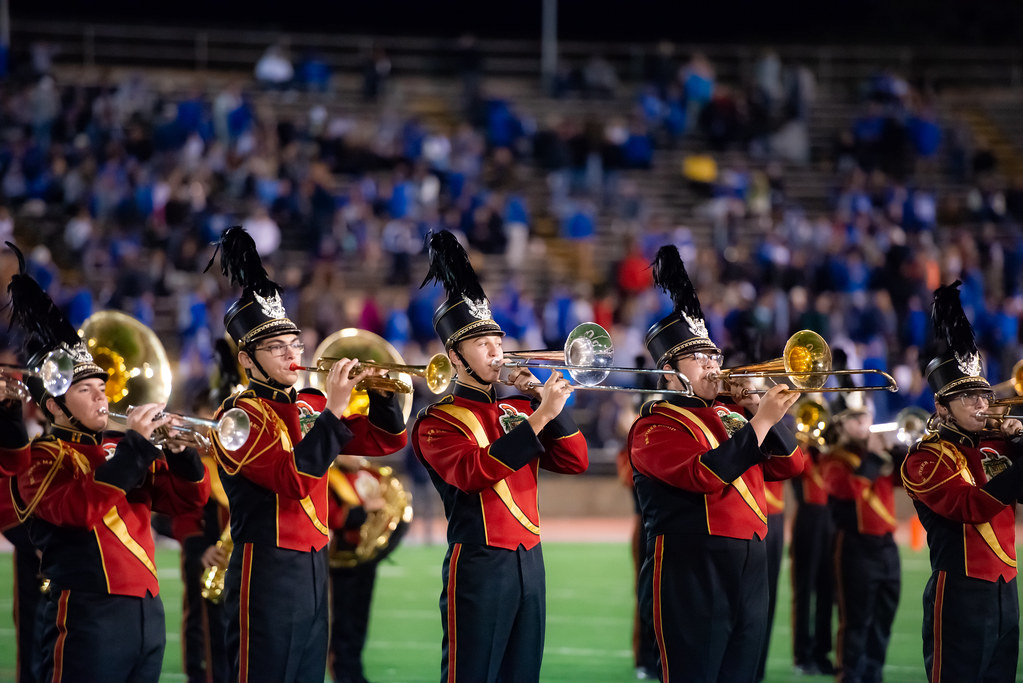 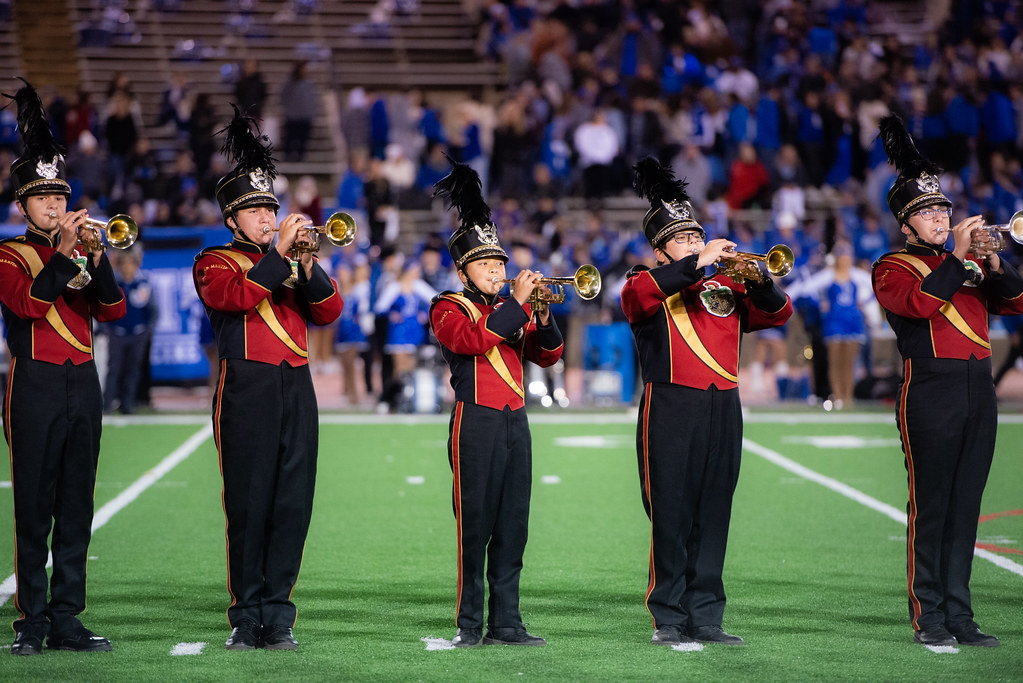 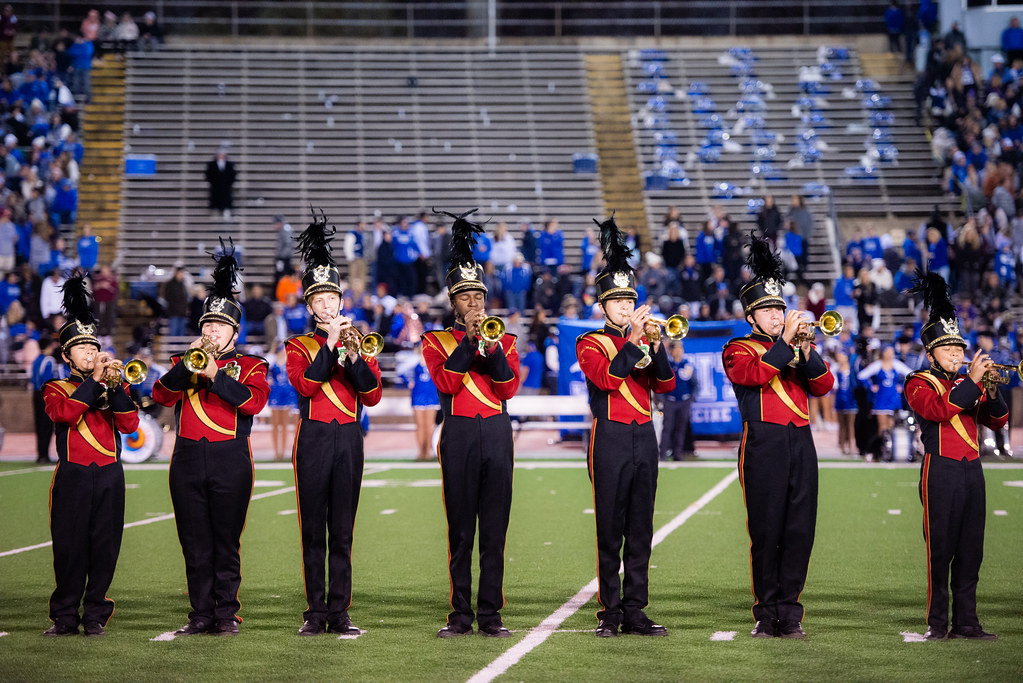 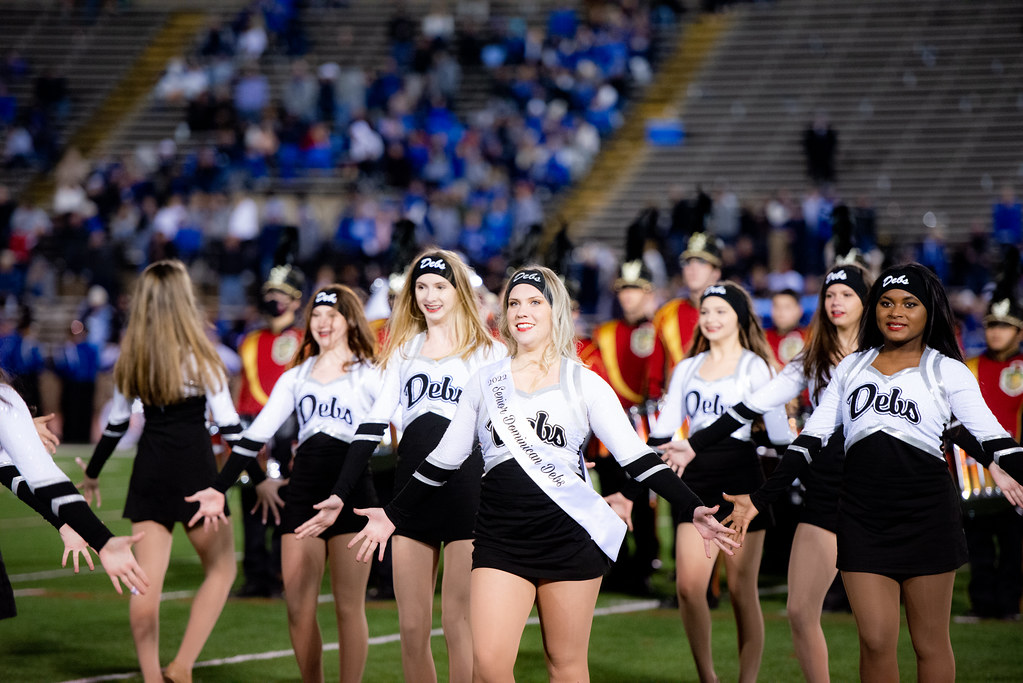 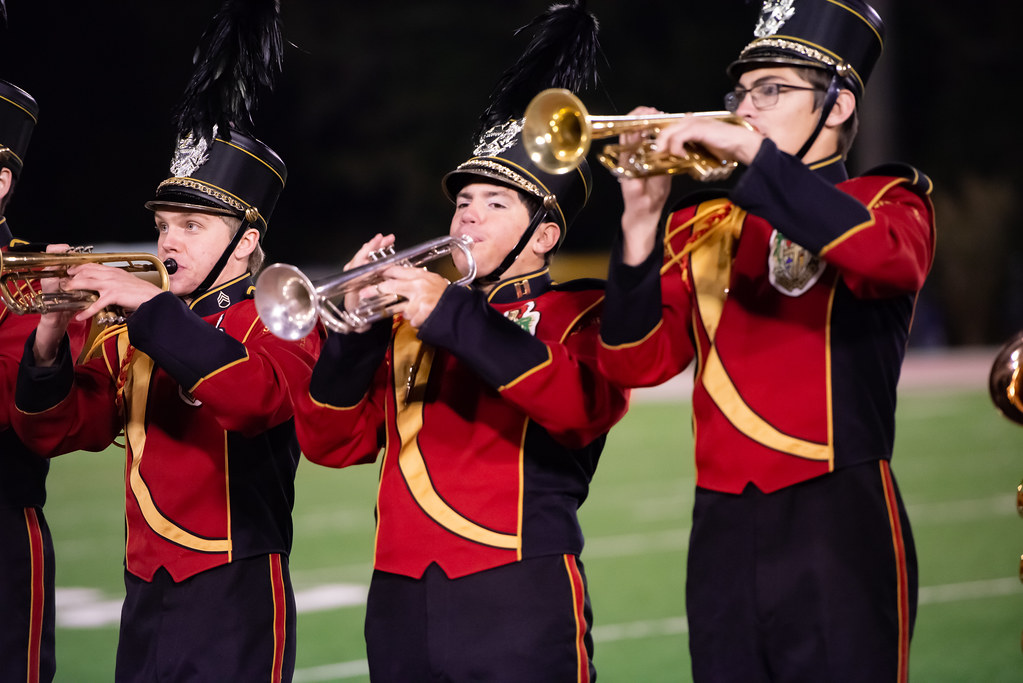 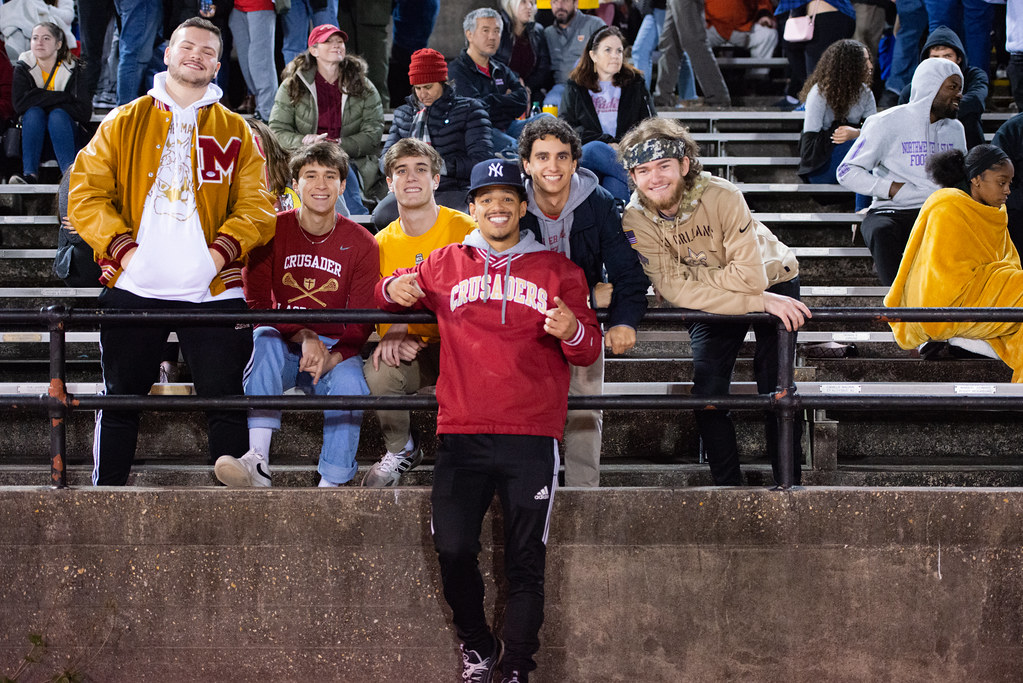 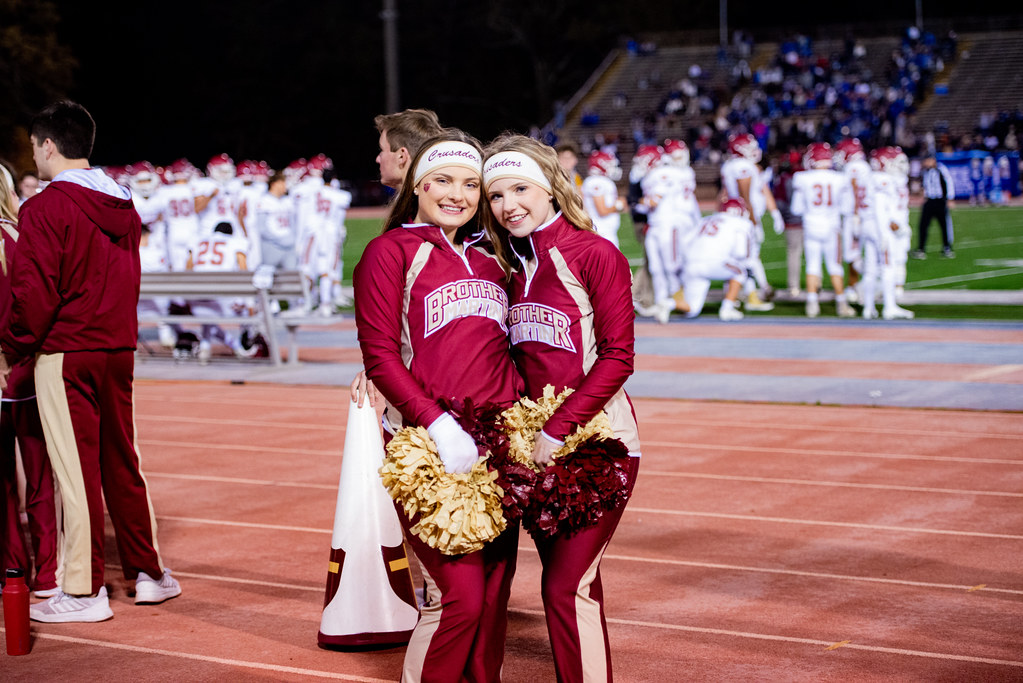 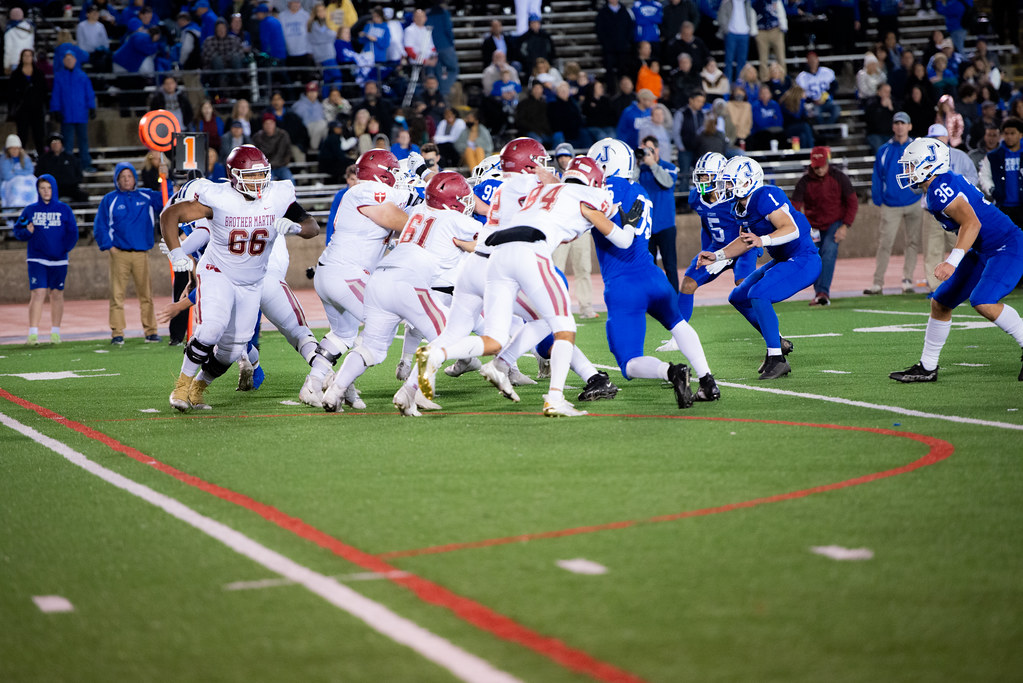 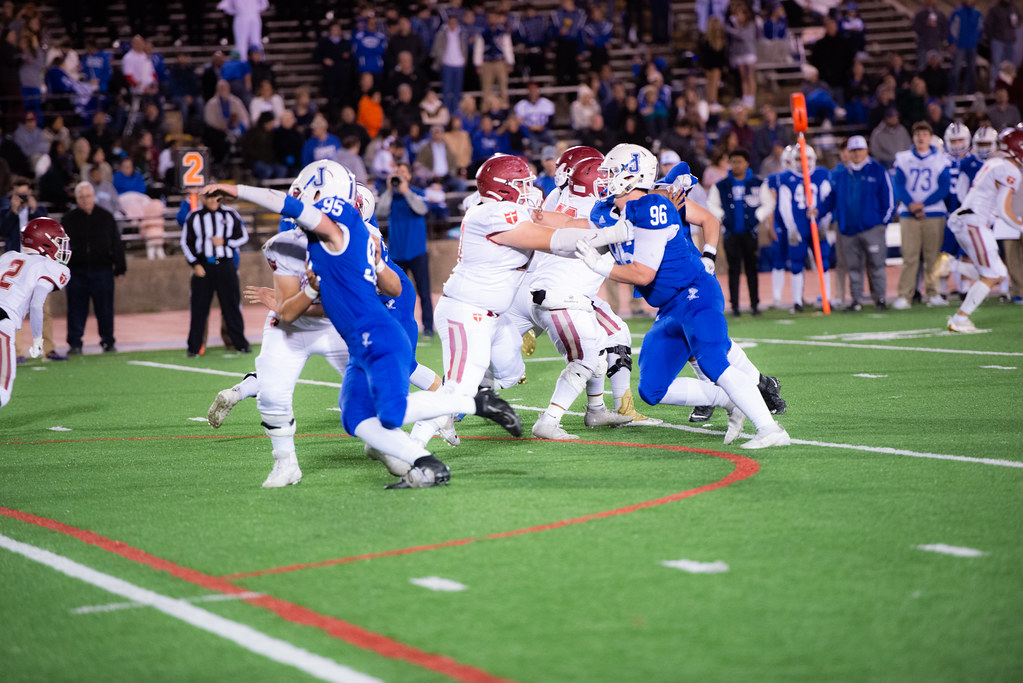 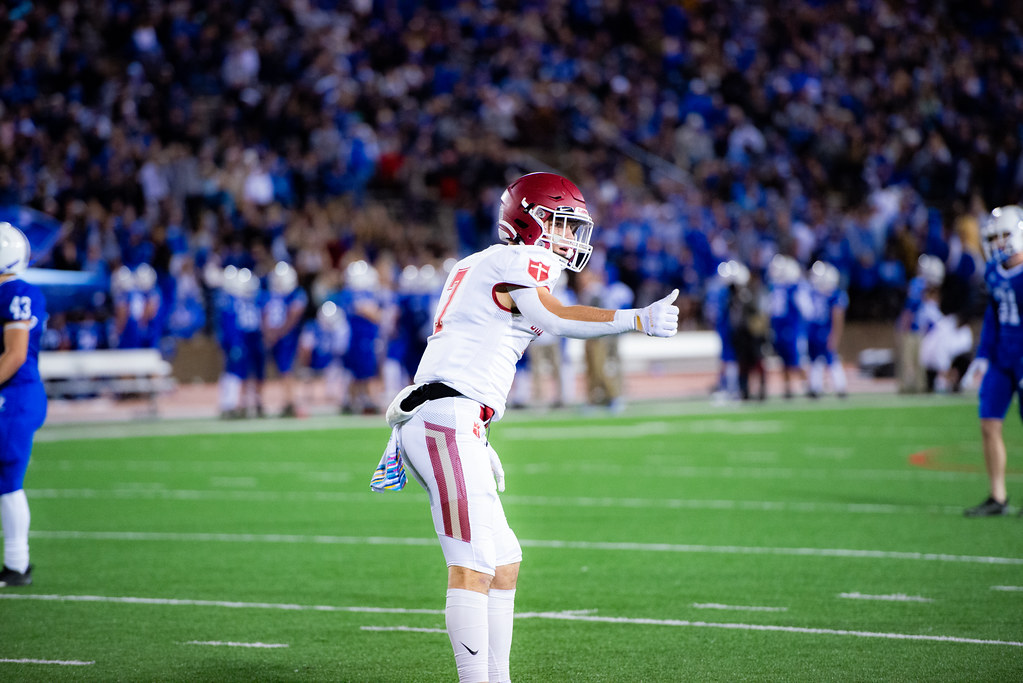