On Monday, May 6, the Brother Martin Athletics Department hosted their annual convocation in the Brother Mark Thornton Terrace honoring the team and individual accomplishments for Bowling, Golf, and Tennis.  Head Coaches Bruce Himbert ’78 of Bowling, Ron Brisbi ’67 SA of Golf, and Lee MacAlester, Jr. of Tennis spoke on behalf of their respective programs.

In Bowling, the Crusaders finished the 2018-2019 season with an undefeated record of 15-0 and claiming the District, Regional, and State Championship titles! What an outstanding season for our Crusader bowling team! Also, Senior Cody Schaffer claimed the individual state champion bowling title!

In Golf, the Crusaders claimed the Catholic League title after defeating returned to the state championship after defeating Jesuit and Holy Cross in a district 9-5A match-up. Congratulations to our crusader golfers for advancing through District, Regionals and placing in the State Championship in Lafayette, LA.

The Tennis team had a remarkable year for Brother Martin Athletics! The tennis team clinched the district and regional championship titles, with an undefeated record, and placed runner-up in the state championship! The team was undefeated through the state meet but came up short to fellow Brothers of the Sacred Heart school, Catholic High School, for the state title. Doubles teams of Hunter Kael ‘19 and Jack Robinson ‘21, Sterling Heindel ‘20 and Evan Walker ‘21, and Vincent Asaro ‘22 and Jude Edwards ‘22 plus Singles players Ethan Bosch ‘20 and Matthew Armbruster ‘21 all contributed to the total of 12.5 team points. Also, Sophomore Matthew Armbruster claimed the individual state champion tennis title!

Congratulations to all of our student-athletes for their hard work and tremendous team efforts. This year was one for the record books for our Crusader athletic teams!

Those students receiving individual recognition were:

Thanks again to our players and Crusader parents for great seasons! 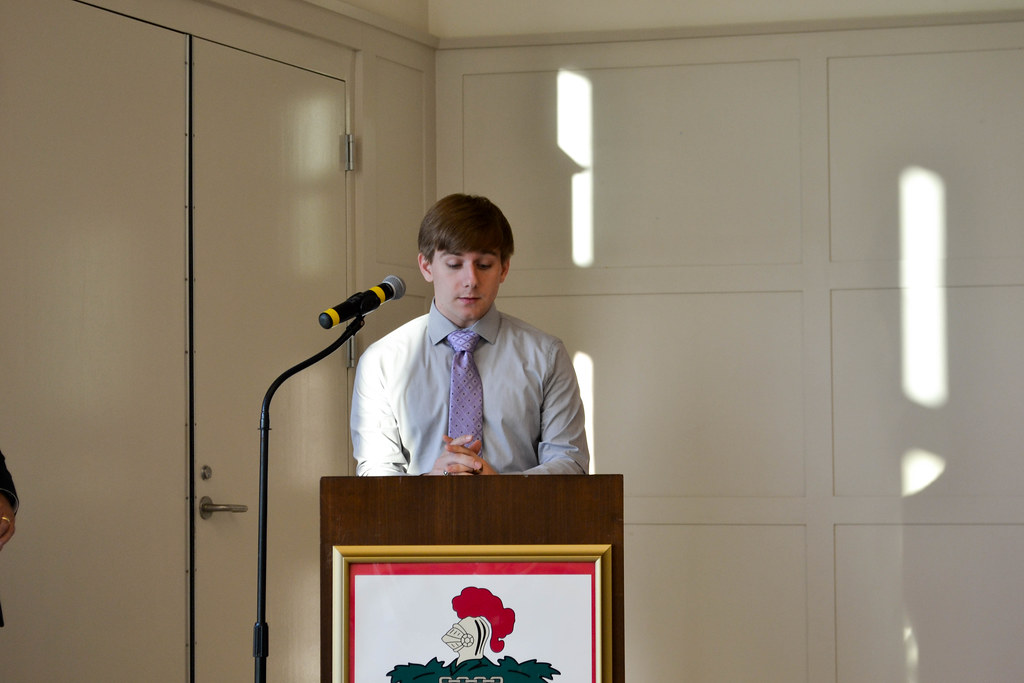 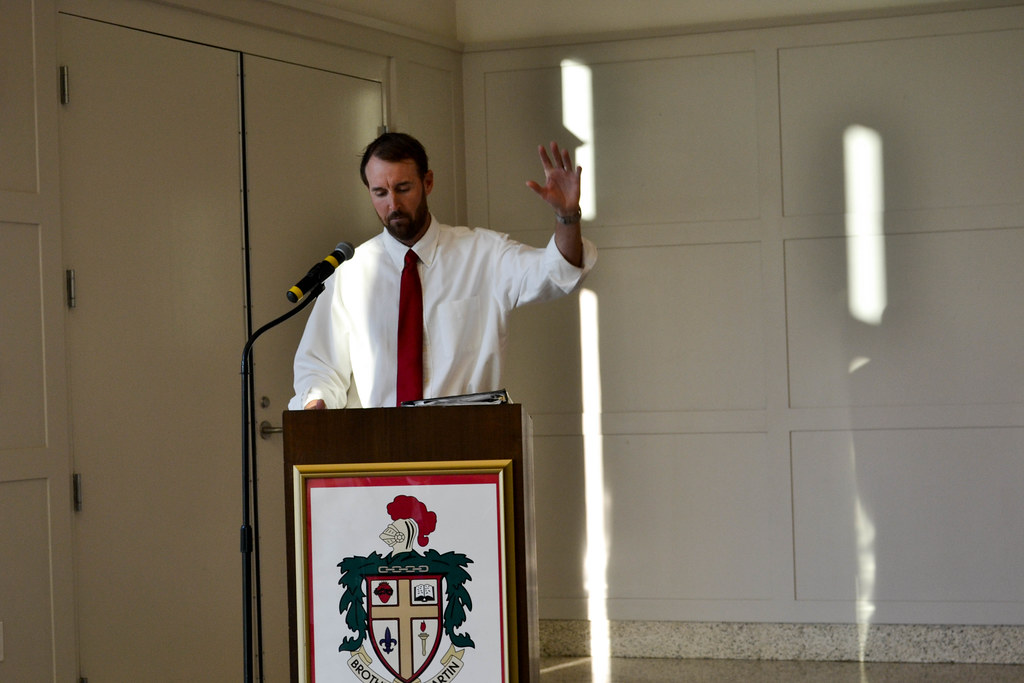 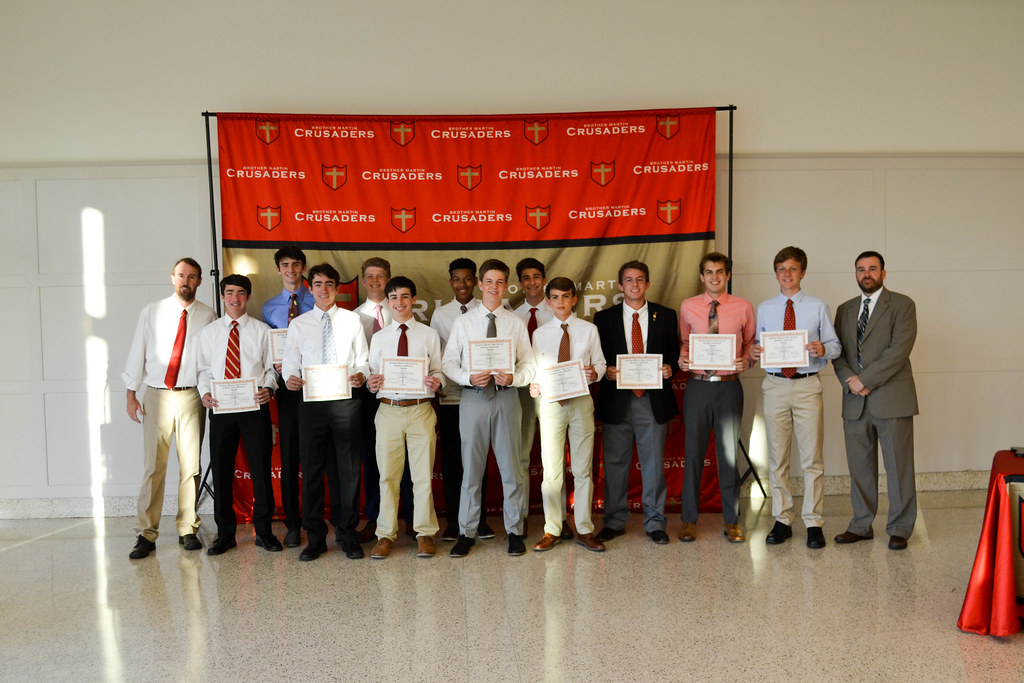 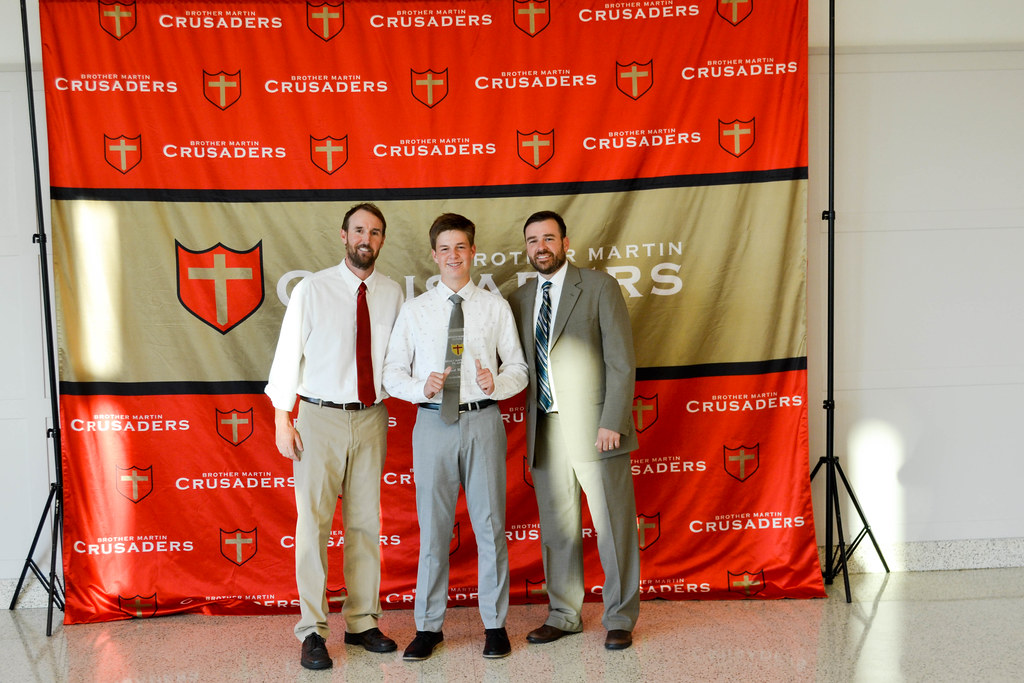 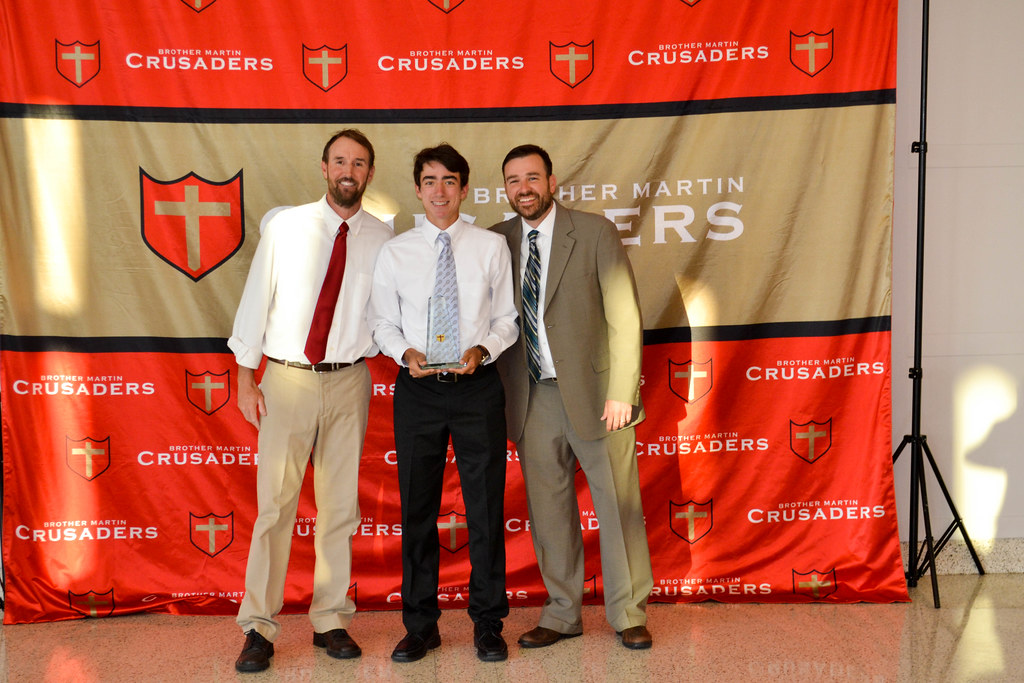 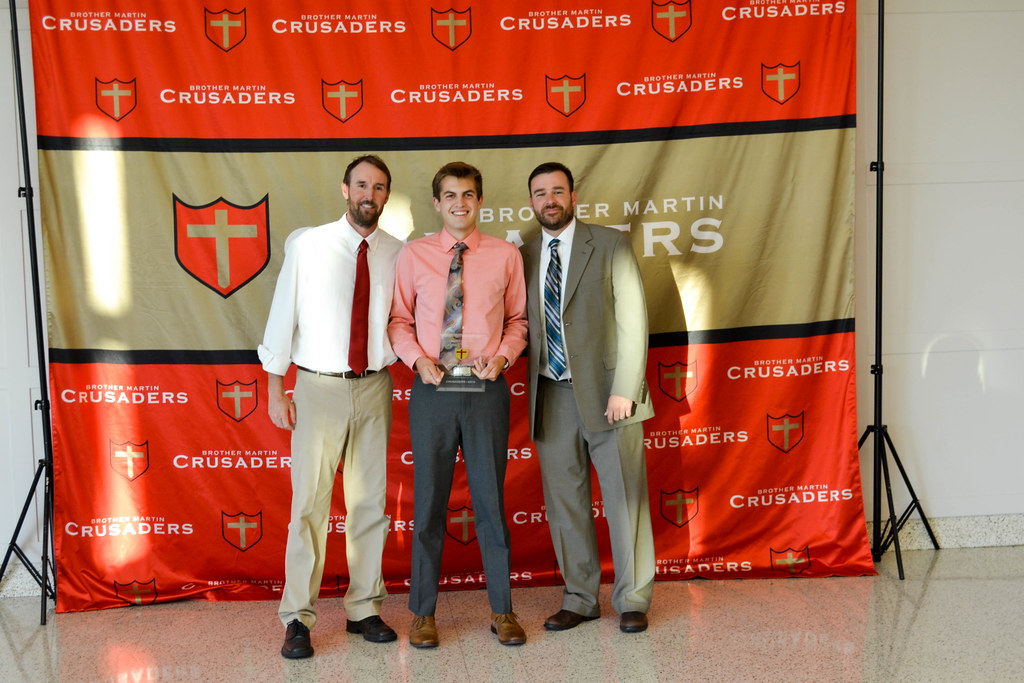 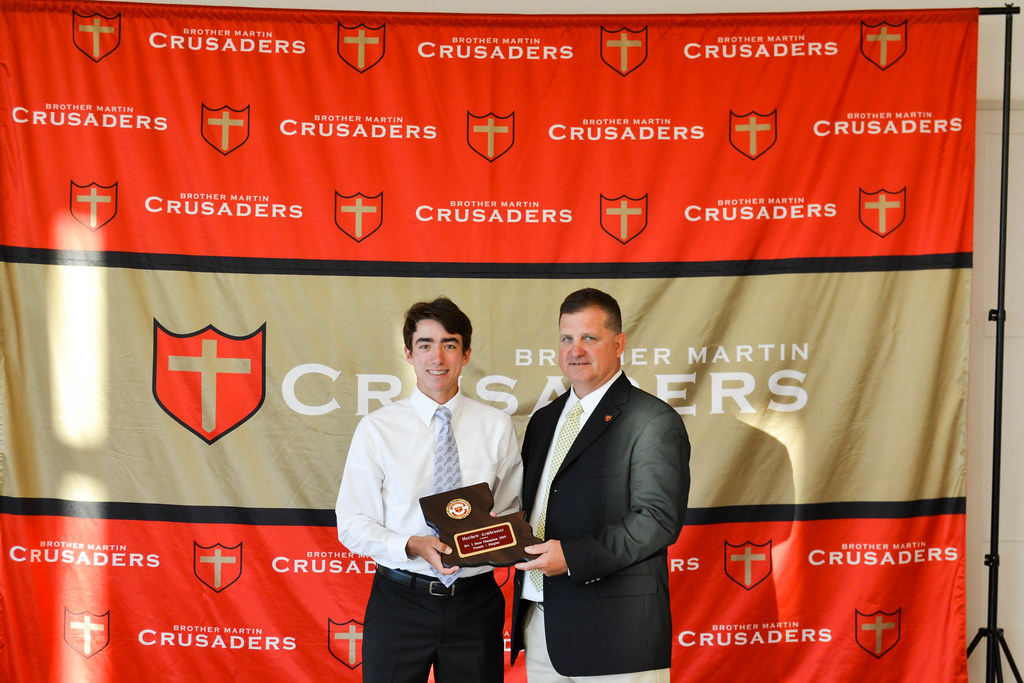 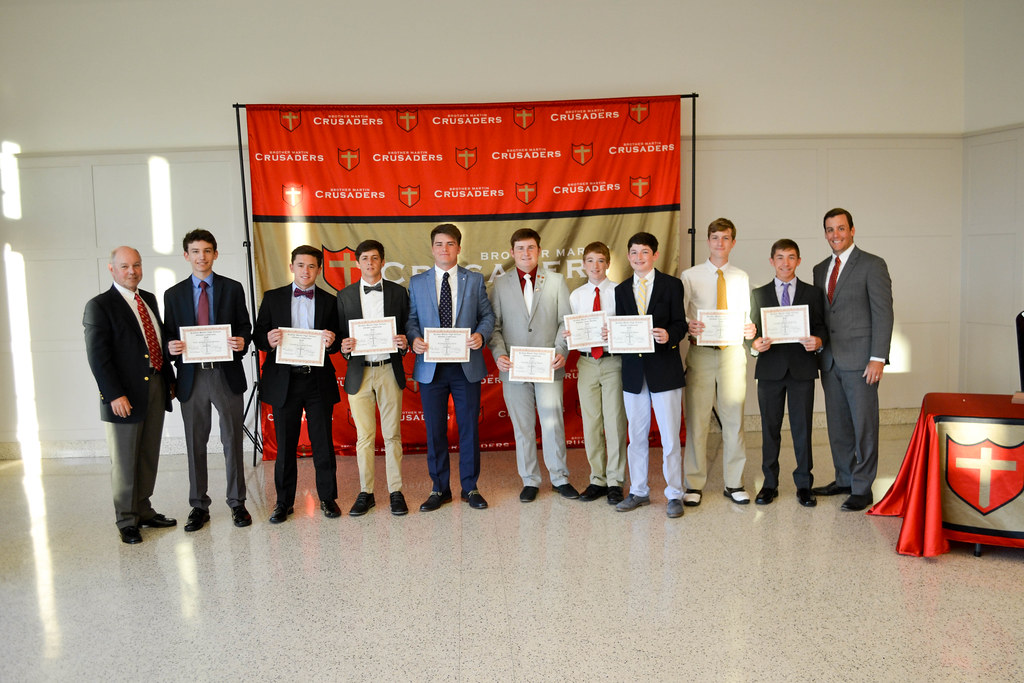 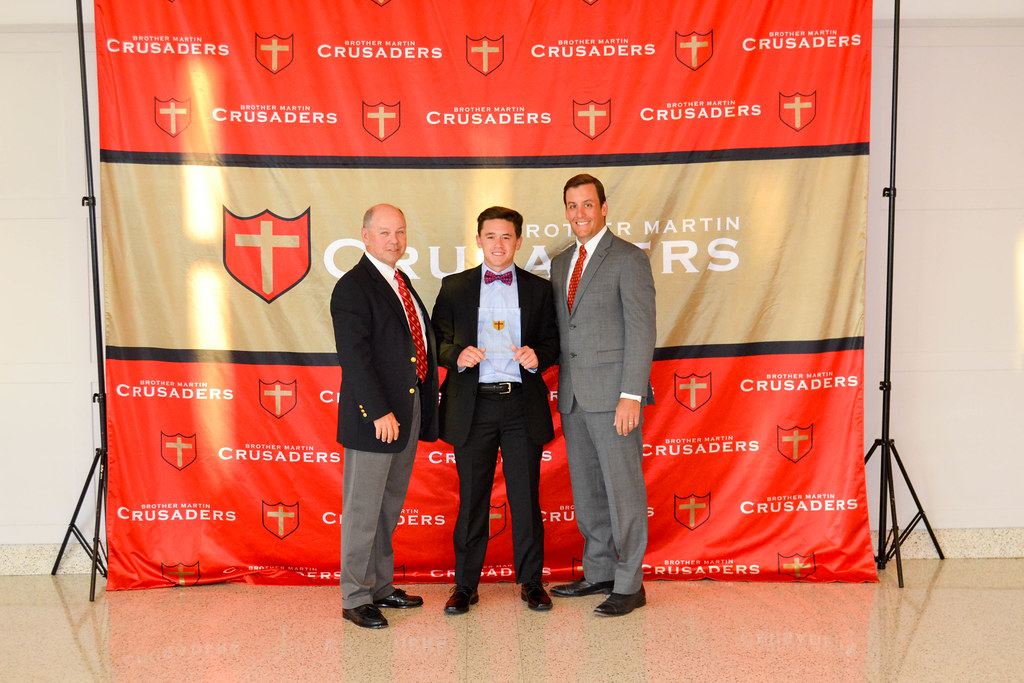 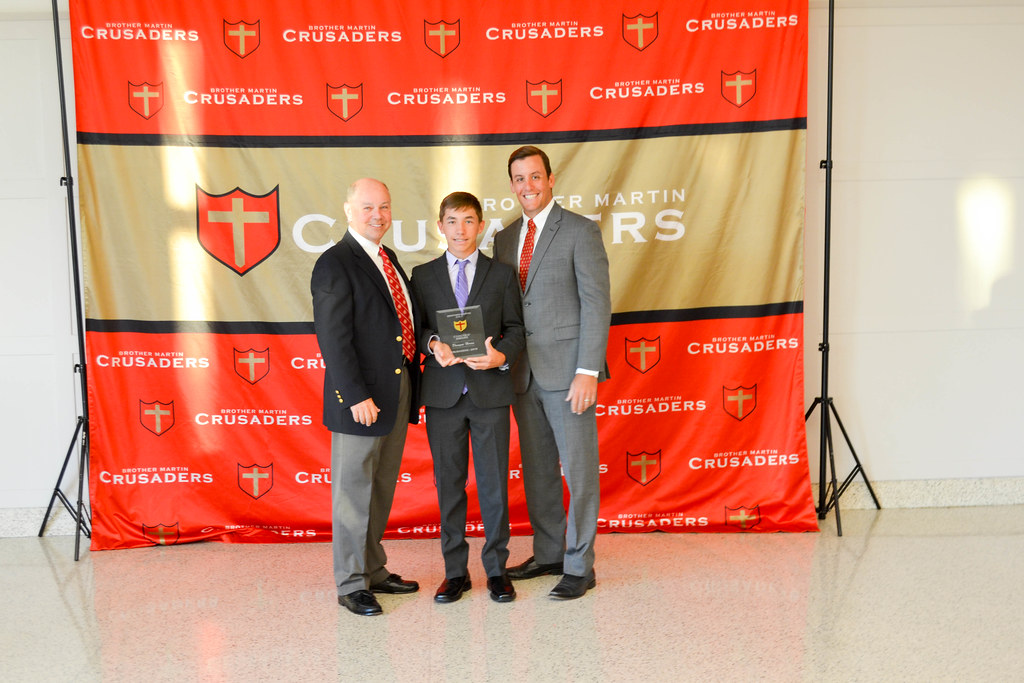 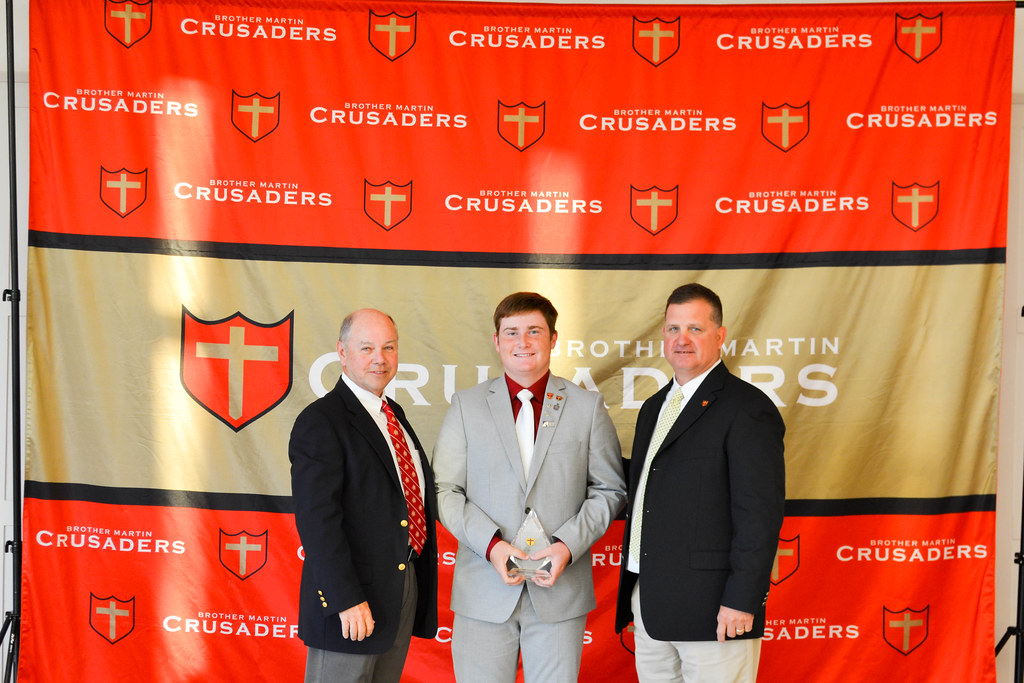 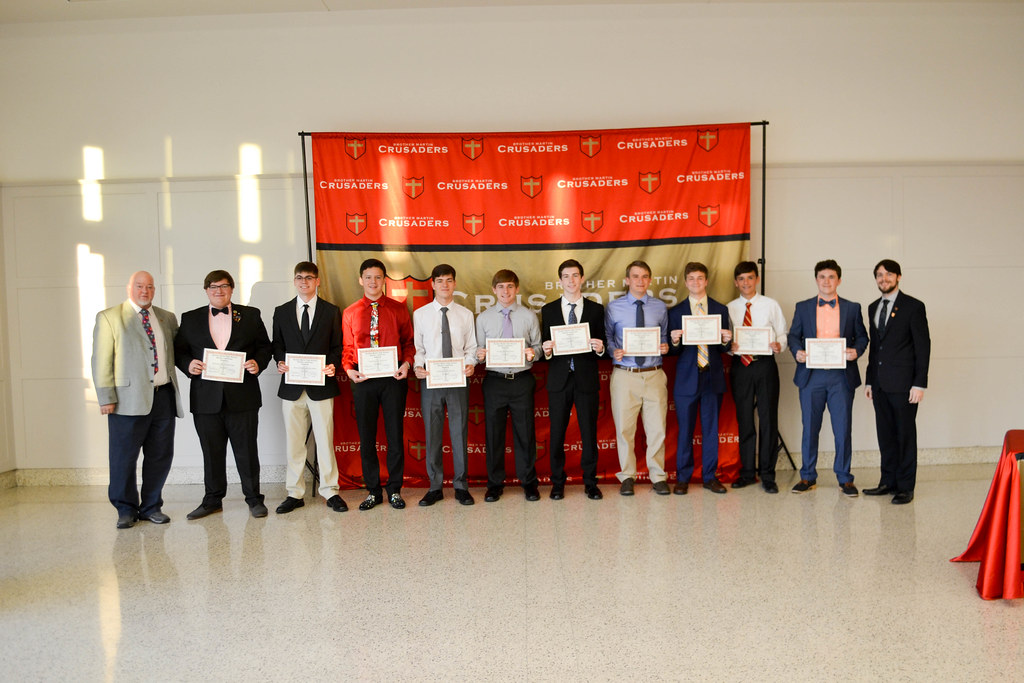 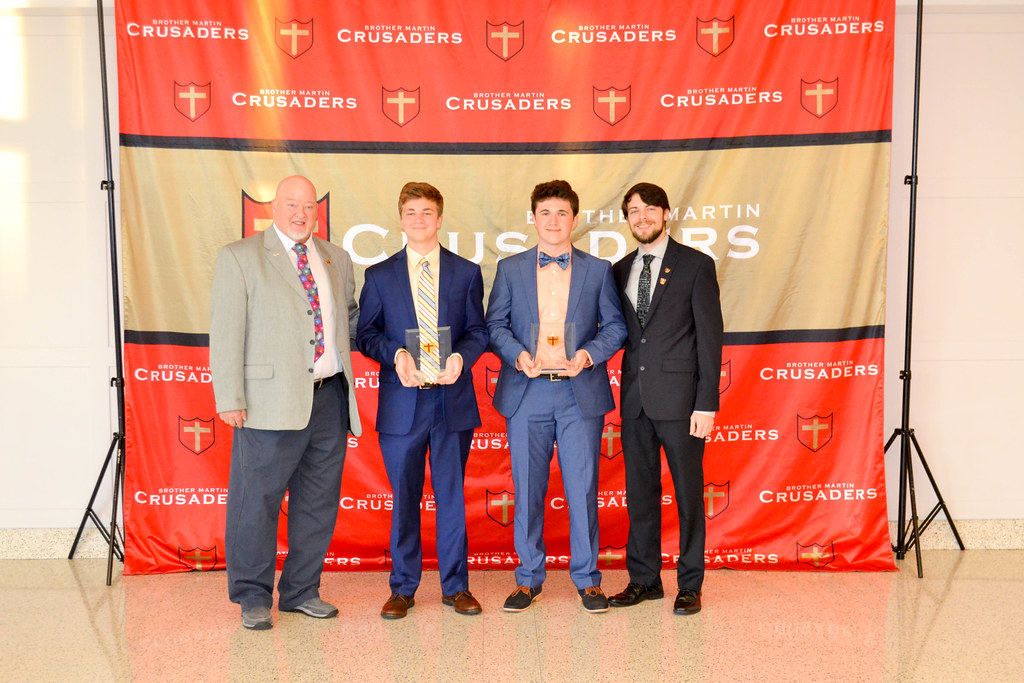 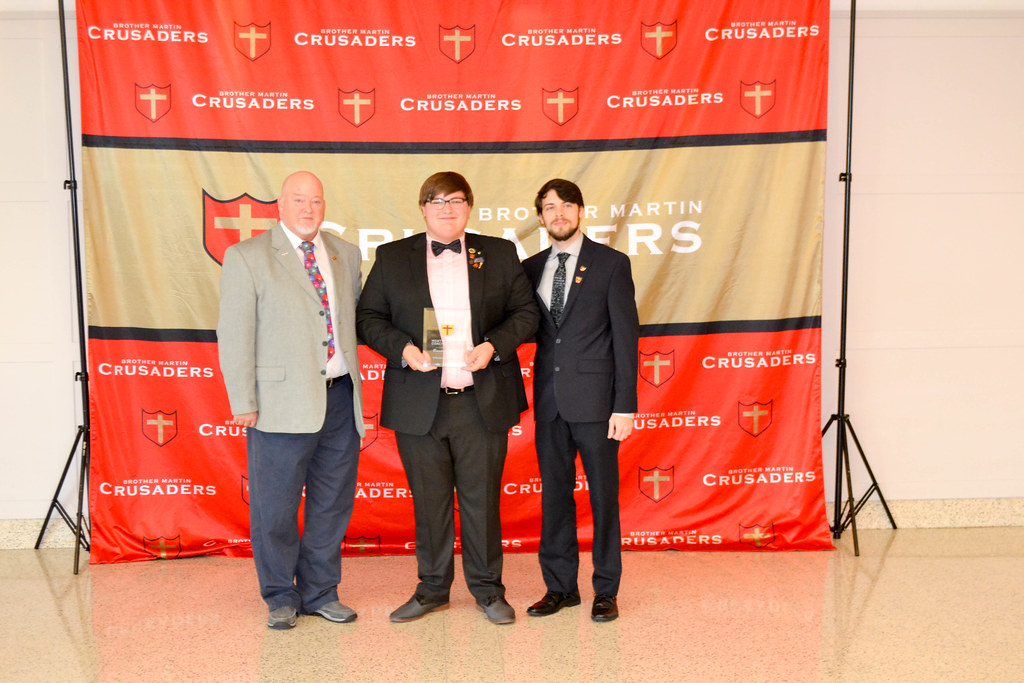 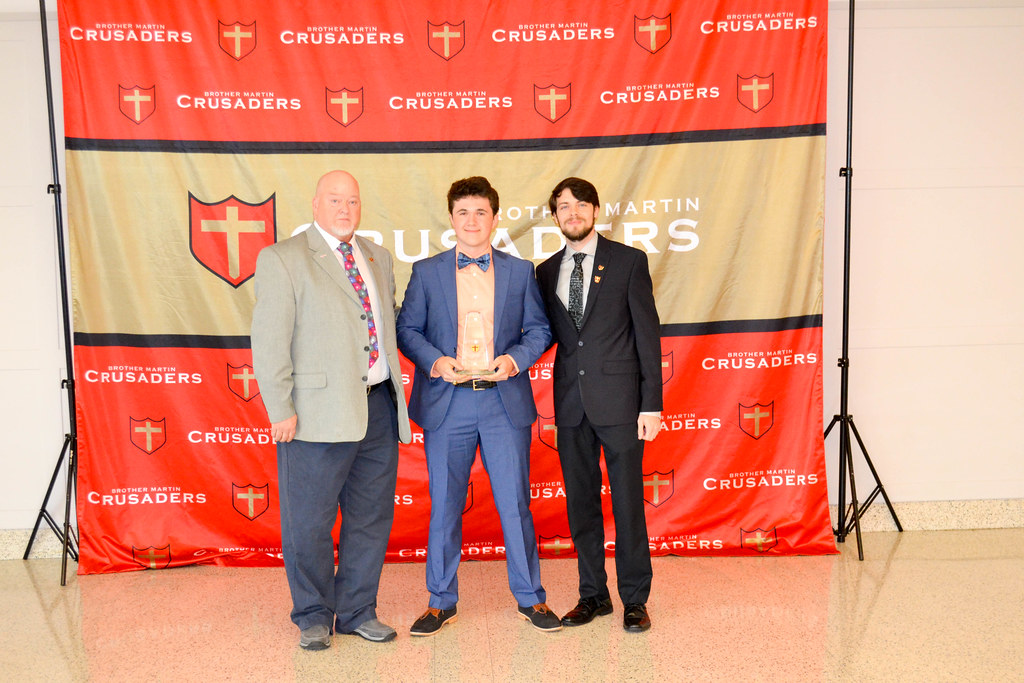 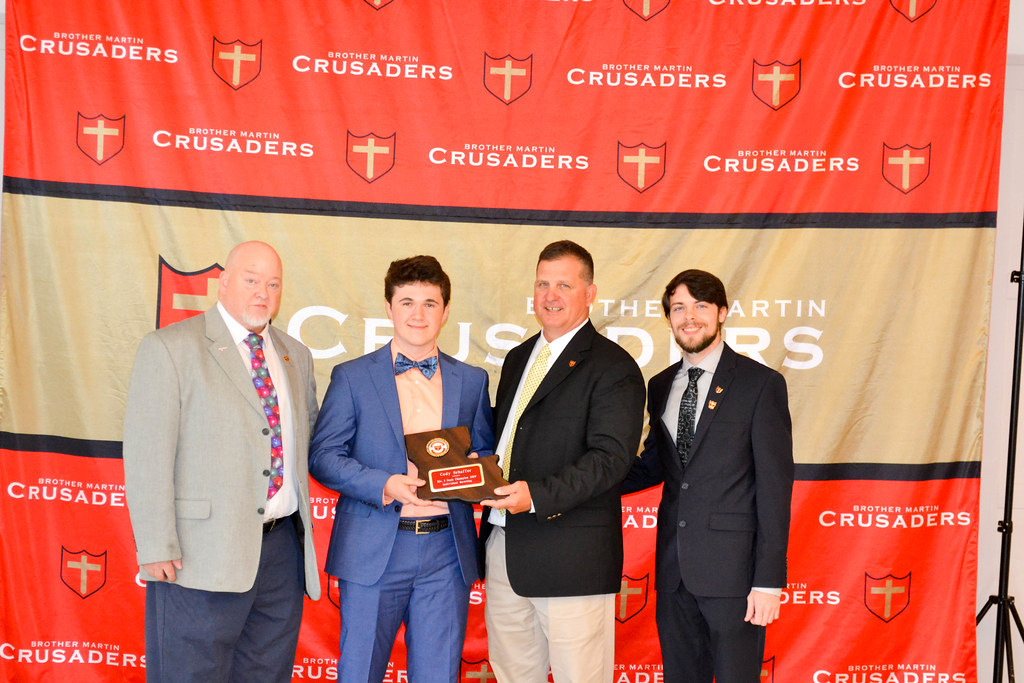 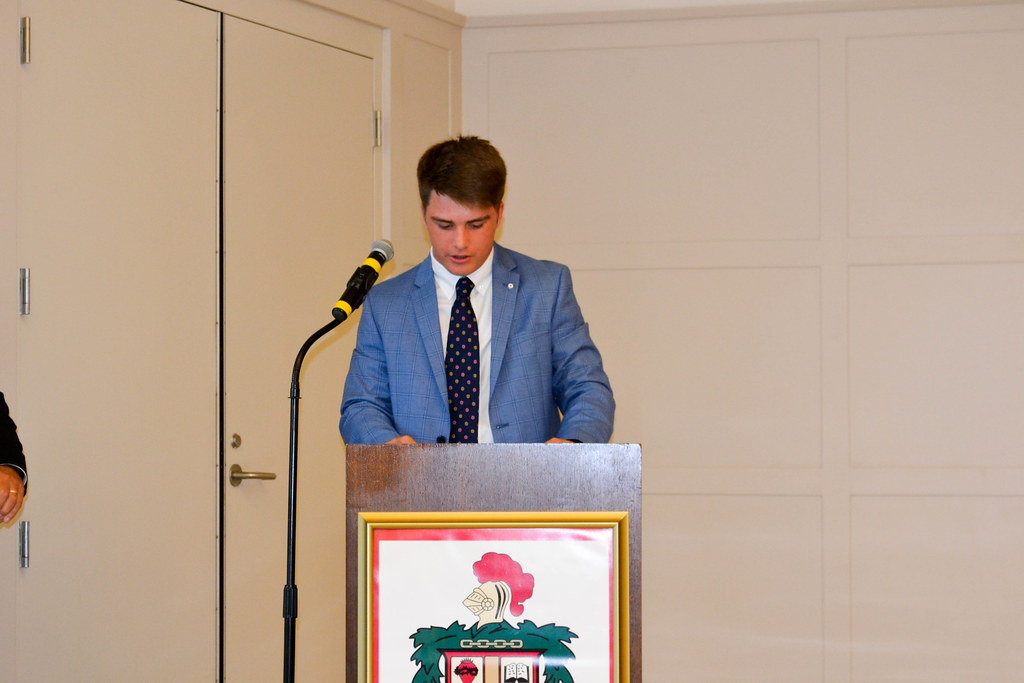