The Crusaders trailed Holy Cross 28-14 midway through the third quarter last Friday night at Tad Gormley Stadium. The Tigers were driving deep in Crusader territory when the defense forced a fumble and recovered it inside the ten-yard line. Nobody knew it at the time, but the play was the major turning point in the game. Holy Cross didn’t score another point, and Brother Martin tallied 15 to win a thriller, 29-28.

The Crusaders fell into a 28-7 hole in the first half thanks to three touchdowns of more than 50 yards by Holy Cross receiver Jalen Johnson – two long passes and a punt return. “They’re very dangerous offensively and blessed with a lot of skills,” said Coach Mark Bonis. “They have two outstanding receivers. We did a good job of bottling up Tyler Kirkwood, but that allowed #6 (Johnson) to step up. Also, Holy Cross does a good job of self-scouting and taking away their ‘tells’ that tip off the play that is called.”

Martin’s touchdown came in the first period on a 17-yard run by Jaylon Spears ‘21. A 14-yard scamper by Chris Smith ’20 cut the deficit to 14 in the second period. The half ended with QB Garrett Mmahat ’22 being stopped inches short of the goal as the clock ran out.

“We were disappointed for not scoring, but it was a good learning lesson. The scoreboard said we had one timeout left, but we were out of timeouts. I told Garrett that, no matter what, you can’t take a sack. I should have been clearer – you can’t run the ball unless you’re sure you can score. He thought he got in. But I told him, ‘If you’re going to run, run harder.’ That changed his mindset for running the ball.”

“Nobody panicked. We always tell our kids to be prepared to be up by 14 or down by 14. You can’t have a scoreboard mentality. At halftime, I told our offensive coordinator Mike LeBlanc to have a two-point play ready because at the end we may go for two.”

Following the third period turnover mentioned above, the Crusaders pulled to within 28-21 on Mmahat’s 6-yard run with 58 seconds remaining in the quarter.

With the defense keeping the Tigers at bay, the Martin offense scored on another Mmahat run, this one for five yards, with 5:03 remaining in the game. After calling a timeout, the Crusaders decided to go for two. “We gradually wore down their defense. The way we practice, the way we do things in the off season, any time we’re in a close game, we feel good about our chances because of the way we train. We have a championship mindset that says go for two. You also have to take into account whether the players have confidence. Every team says, ‘Let’s go for two.’ You can tell in kids’ eyes if the guys really have confidence. We have a great group of kids with good senior leadership. I told our staff on the headsets, ‘They’ve earned the right to take this step.’ I also had confidence in our defense that, if we didn’t make it, we could hold them. We also had some things up our sleeves offensively that we had confidence in. We still had plenty of time. Going for two and making it would apply more pressure on them if they’re down by one and trying to get into position for a field goal than if they’re tied.”

When the offense returned to the field, the surprised Holy Cross coaching staff called their last timeout. When play resumed, Smith pushed over LG into the end zone to give the Crusaders their first lead of the evening.

The Tigers made several first downs before bogging down at midfield and punting. “Get one first down and the game is ours,” thought the Crusader offense. When Smith broke loose around right end on third down to move the chains, the large homecoming crowd exploded with joy.

Regular season play ends with the John Curtis Patriots at Tulane’s Yulman Stadium Friday night at 7:00 p.m. “I think this is one of their best teams. Corey Wren (#3) is one of the fastest running backs in the country. Their quarterback, Collin Guggenheim (#14), a four-year starter is the best player they’ve ever had running their offense. They give him wiggle room to change plays at the line of scrimmage. They used to have a mindset of ‘three yards and a cloud of dust,’ but now they’re a big-play team. He throws a good football and they got some receivers that can go. Their offensive line is very big, very physical.’

Coach J. T. Curtis emphasized special teams long before coaches generally recognized their importance. “Austin McCready (#16) is one of the best kickers. He averages 40 yards a punt and puts his kickoffs into the end zone. Defensively, they’re loaded. They play a four- or three-man front. They’re big and physical and run fast.”

Bonis is confident the Crusaders will learn from their poor performance against Rummel. “Based on our week of preparation and our focus, we have a completely different mindset. I feel good about our approach this week. This Curtis program is successful because everything is thought about. They do a great job of utilizing every advantage they have. So every little thing matters going into this game. Taking care of your body. Your mindset. I’m excited. The kids are excited. Going into the playoffs, it’s a chance to see where you are as a team. We’re playing one of the best teams not only in the state but in the country.”

The Crusaders will need another loud and enthusiastic student section like the one that helped them beat Holy Cross. Click the button below to learn more and purchase your Crusader football tickets online today! 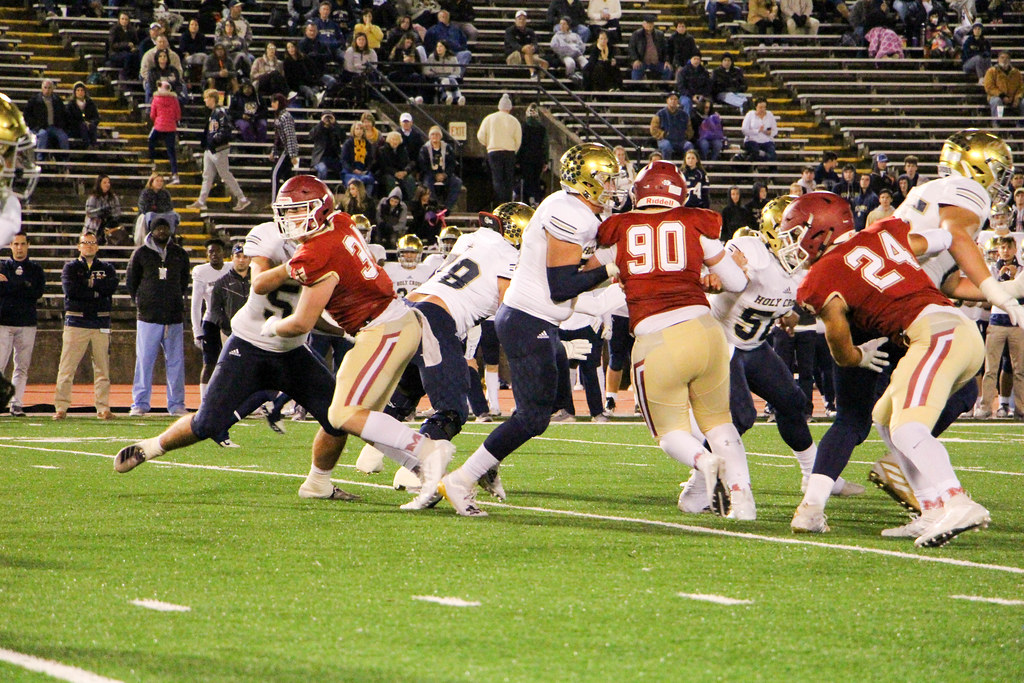 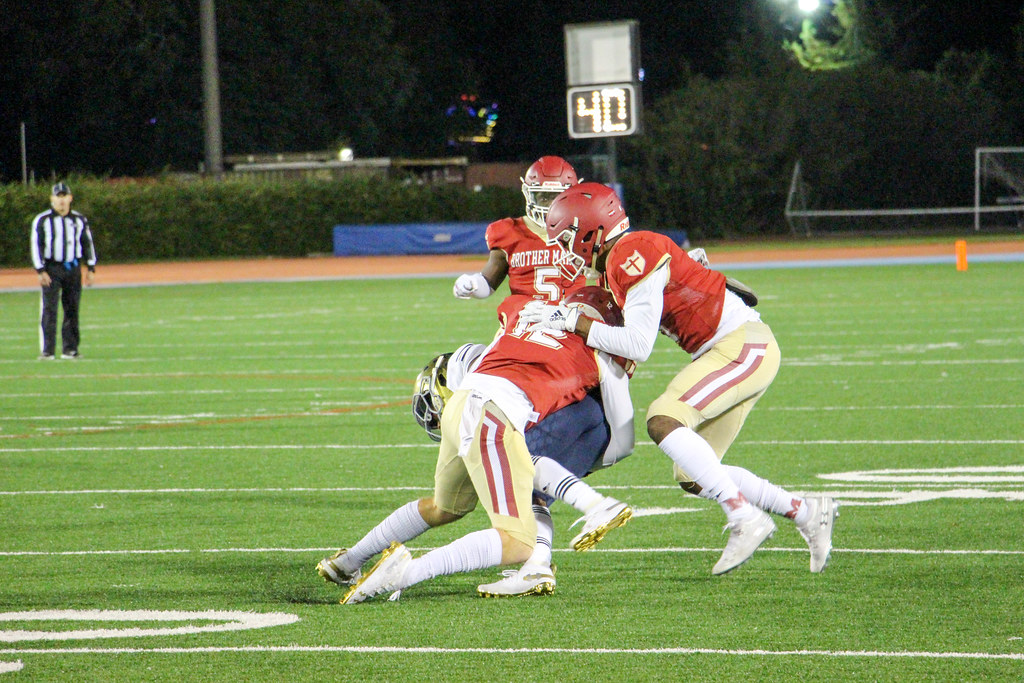 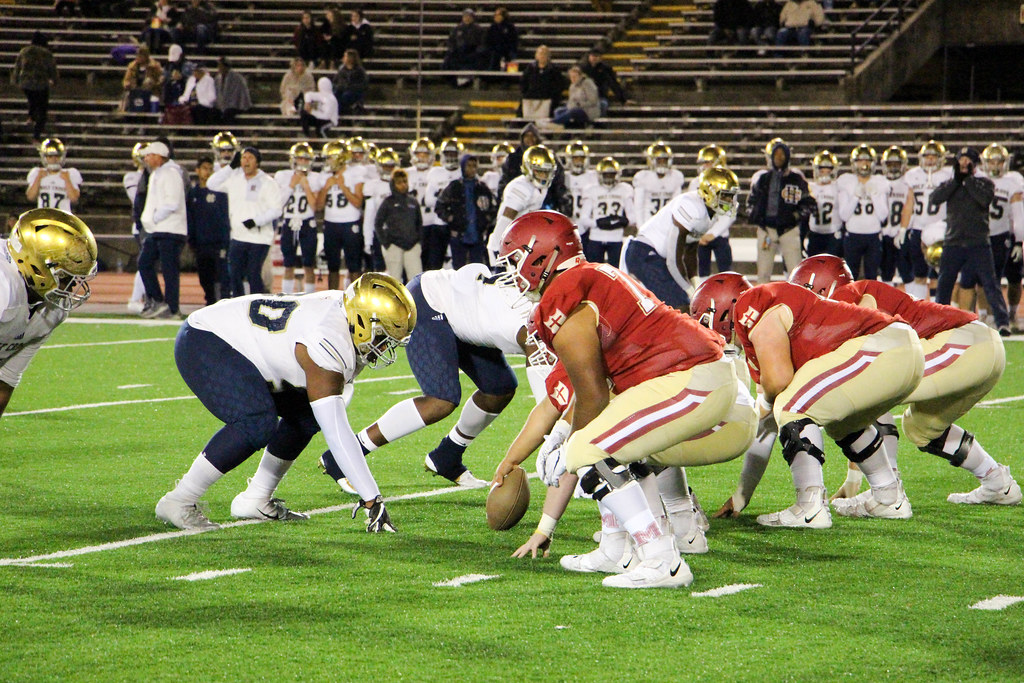 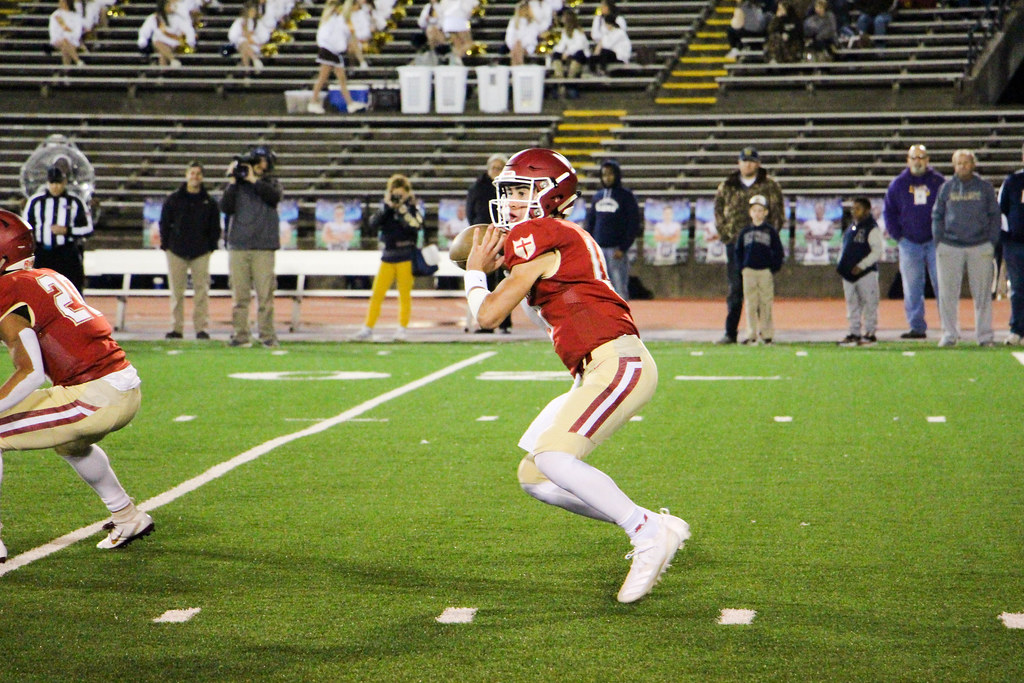 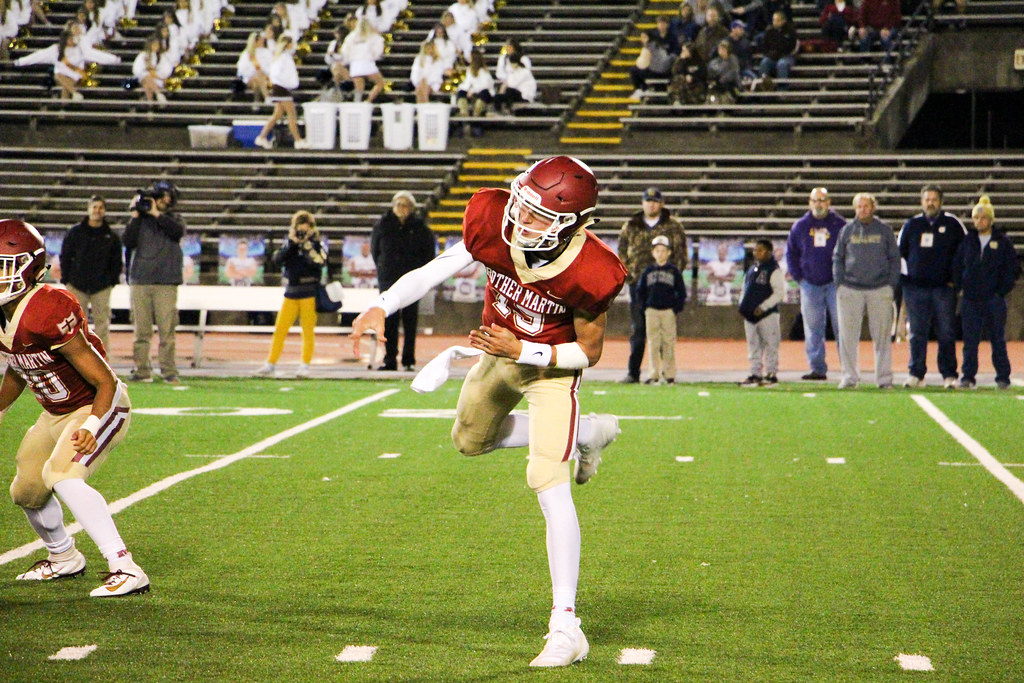 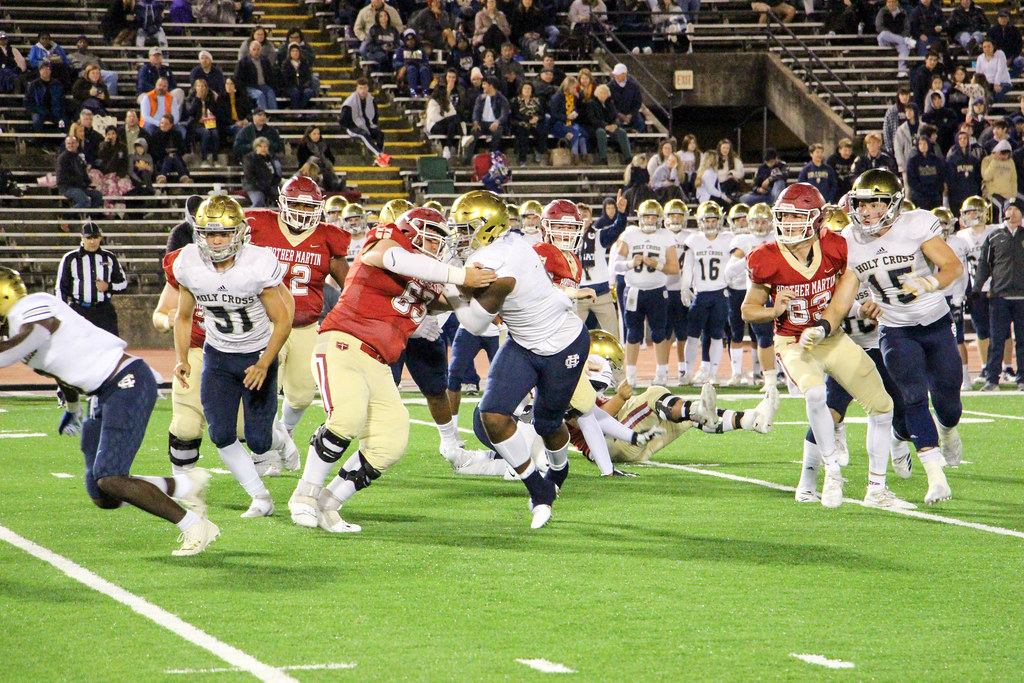 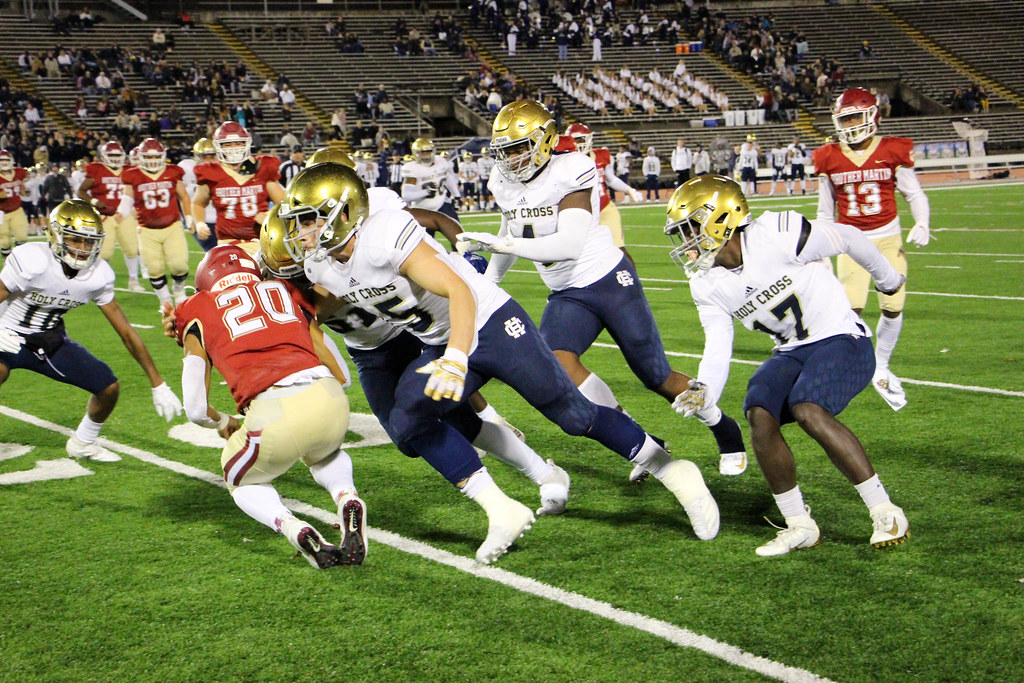 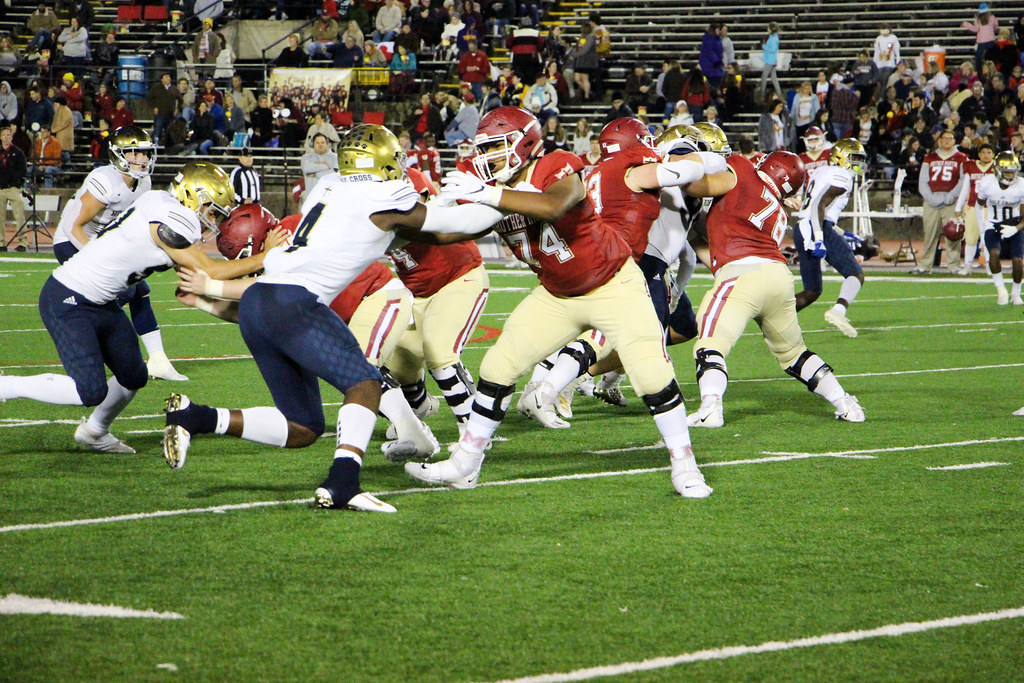 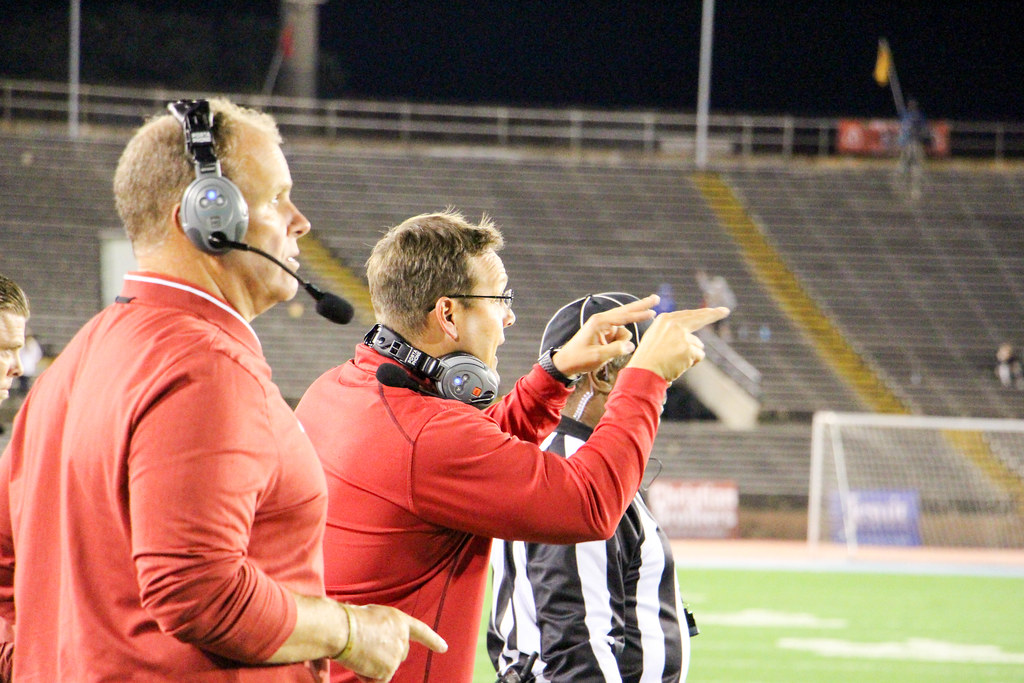 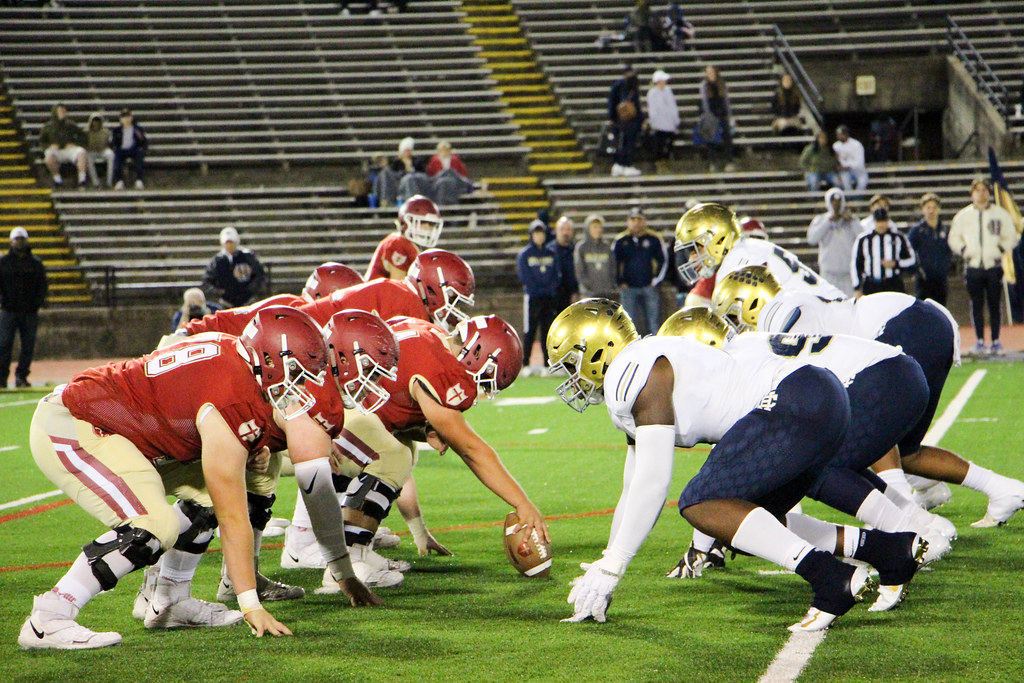 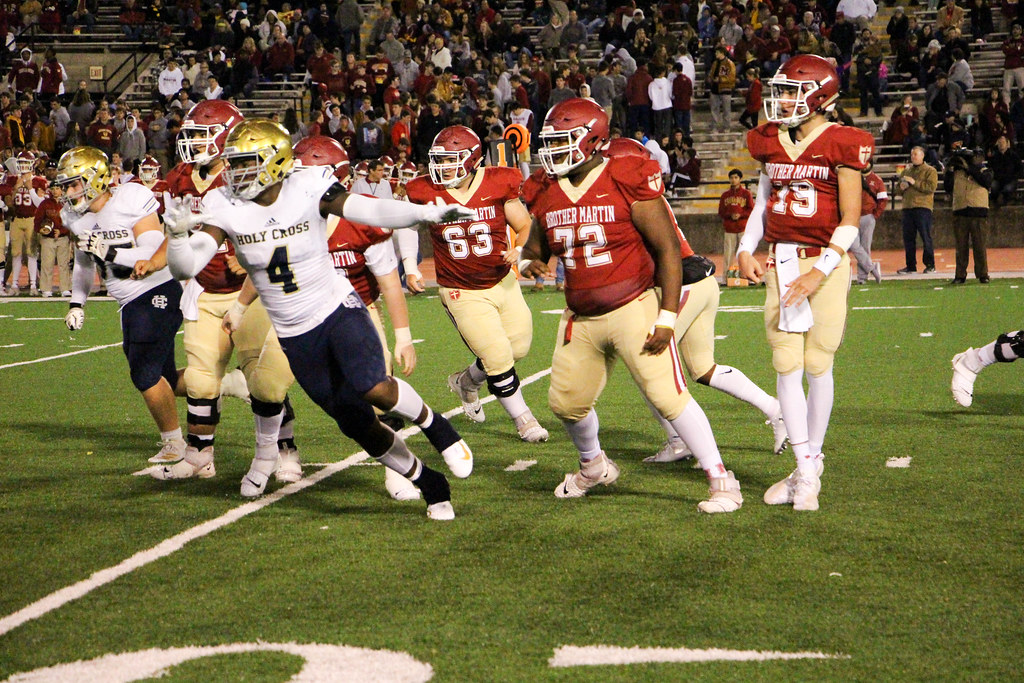 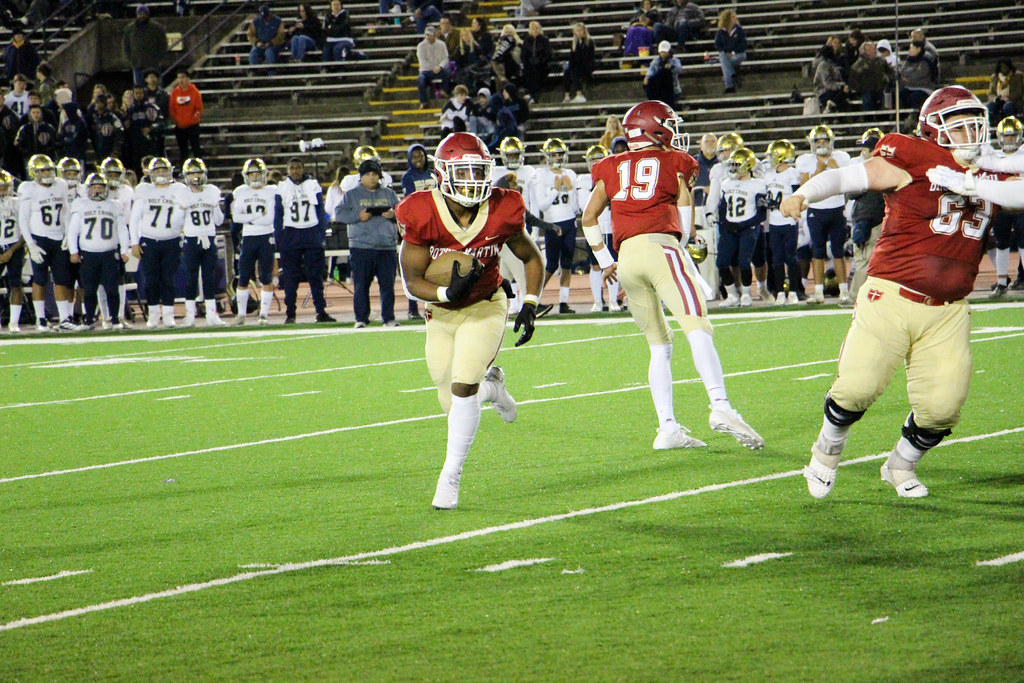 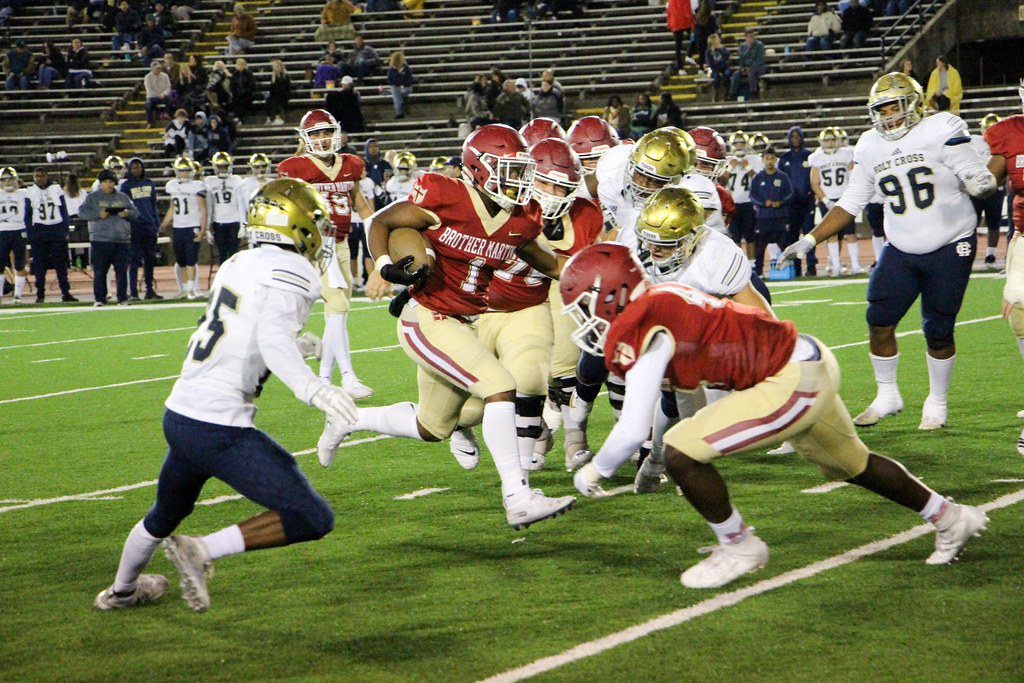 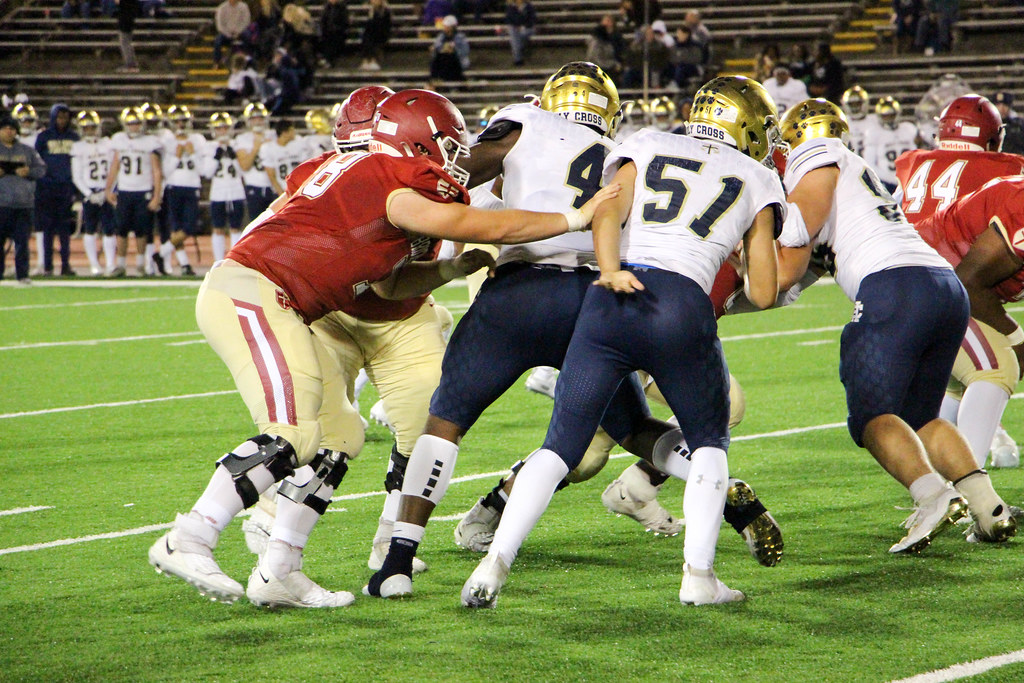 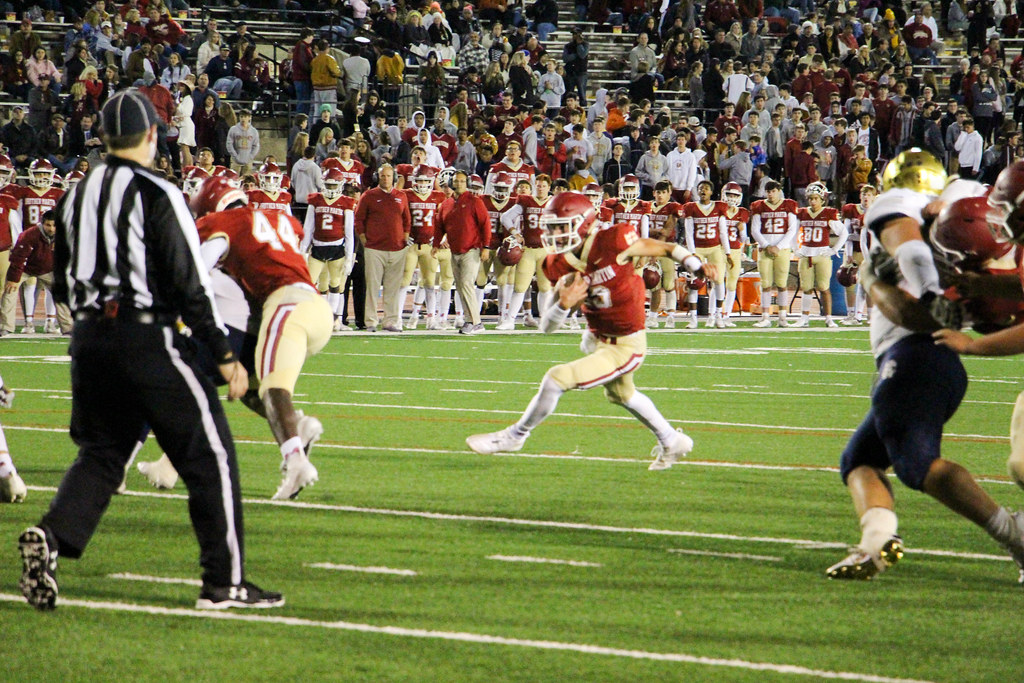 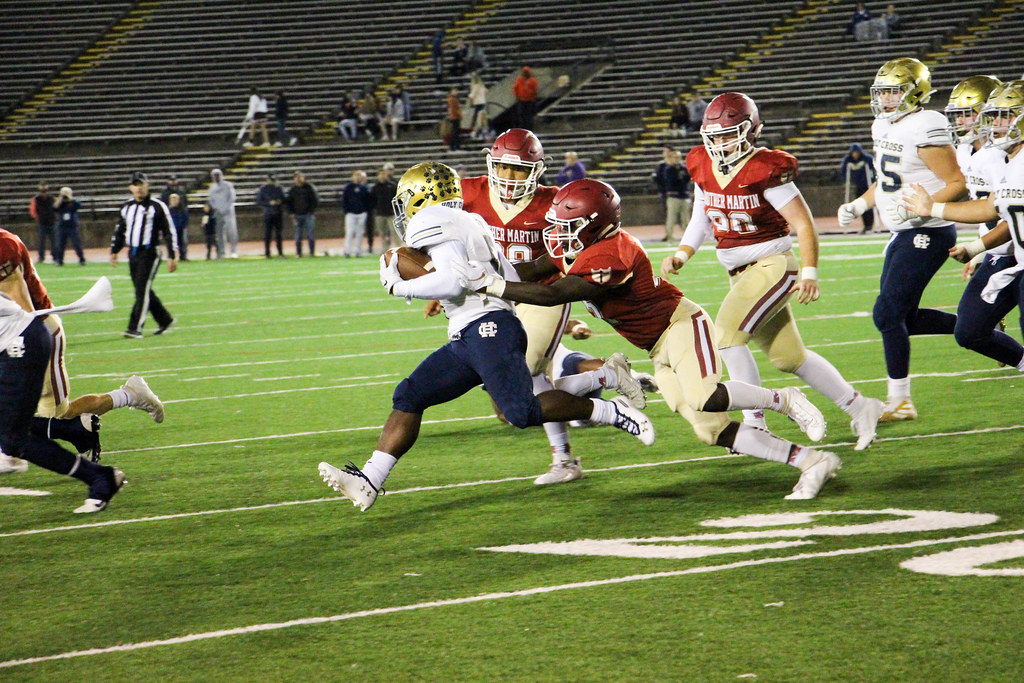 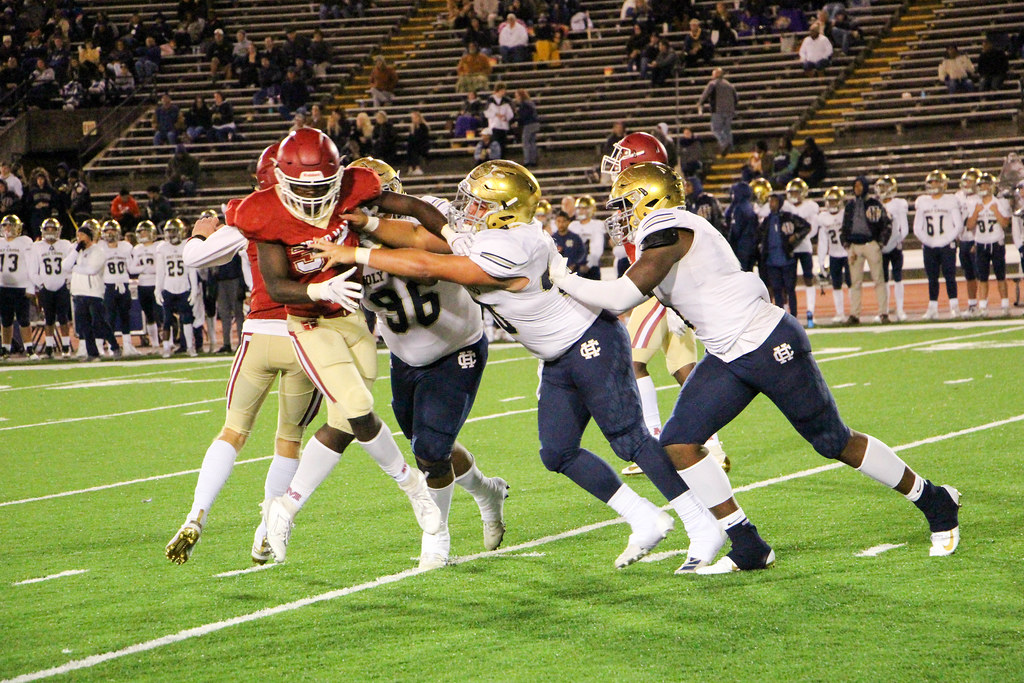 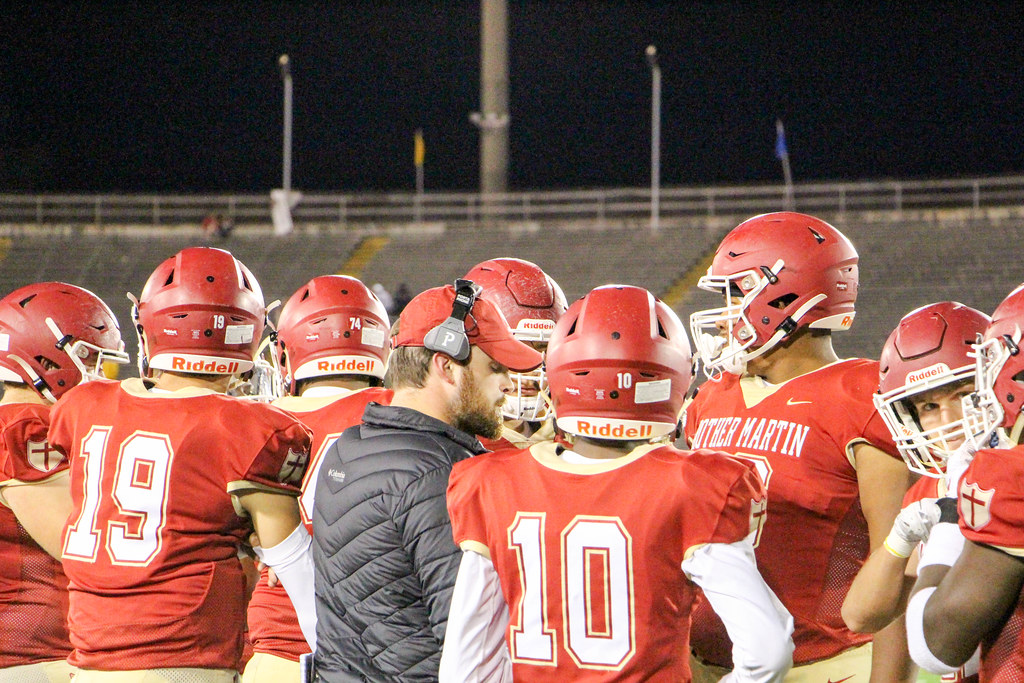 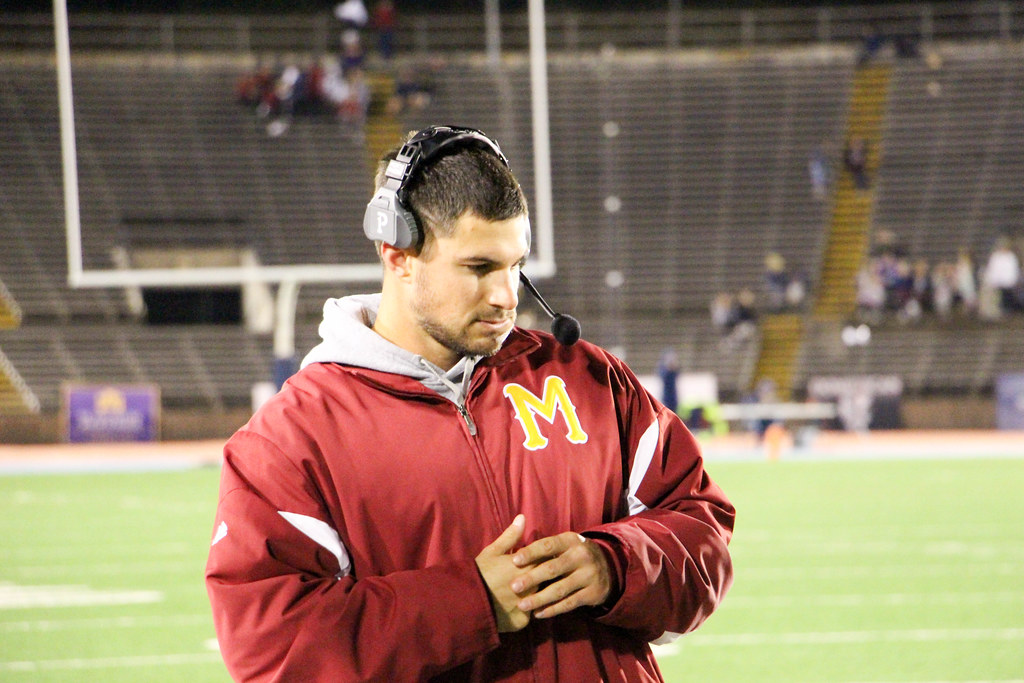 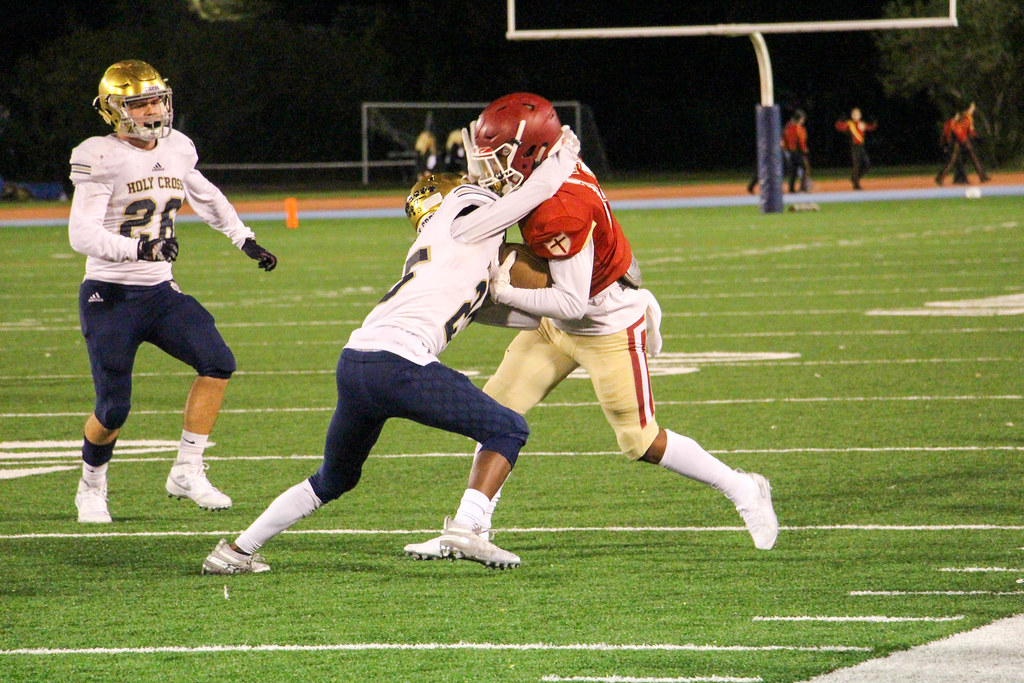 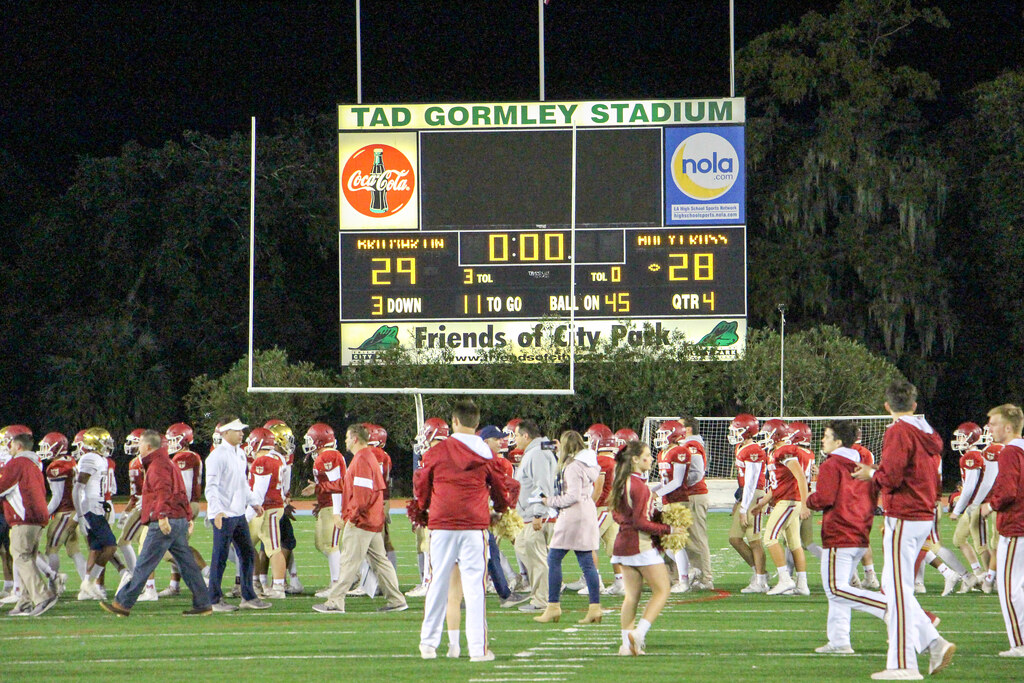